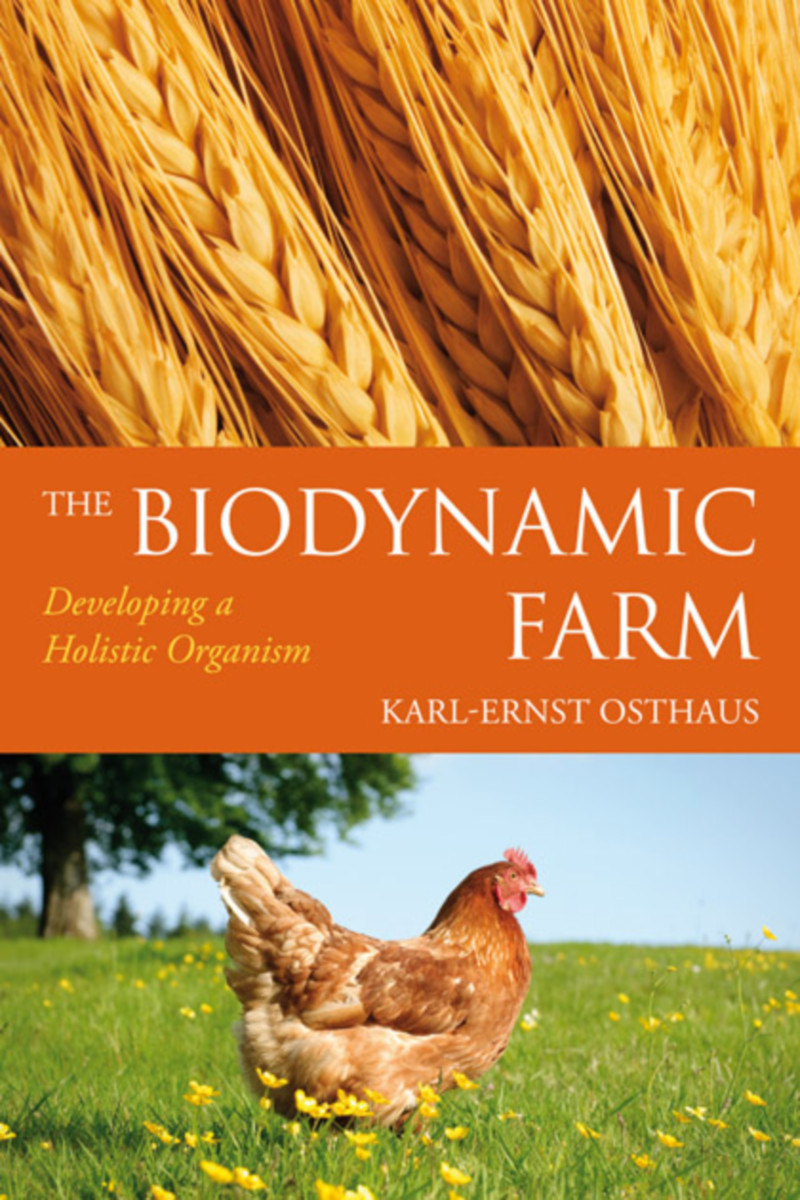 Large-scale agriculture tends to view a farm as a means for maximizing production of grain, milk, and meat. This practical book argues instead for holistic farming—the farm as a living organism, the essence of biodynamic farming.

The author, an experienced farmer, takes a down-to-earth approach to agriculture. Based on an example farm of around sixty hectares (or about 150 acres), he recommends the ideal livestock numbers: twelve cows, four horses, six pigs, ten sheep and 120 hens. This mix is drawn from Osthaus’s deep understanding of nature, animals, agriculture and the cosmos, and from his many years of personal experience as a biodynamic farmer and teacher. The result is a healthy, balanced, and sustainable farm.

This invaluable book is for anyone interested in biodynamics and for those who are considering the establishment of a farm or developing an existing conventional farm with biodynamic methods.

“A short but invaluable book taking the view that a farm is a living organism.... This is more than just a book for the farmer, but rather one for anyone who would like to understand and work with Nature.” —David Lorimer, Scientific and Medical Network Review

'This beautiful, simple book takes the reader on an intimate journey with the author as he shares some of his experiences of developing and running a Biodynamic farm.... A clear, heartfelt understanding is used to explain the causes of the inferior milk quality from an industrial, dehorned cow.... As in all the chapters, spiritual aspects run alongside the material with seamless ease.... The book is rounded off with some personal experiences which made me realize that what I have read is only the tip of the iceberg of both Karl-Ernst Osthaus’s agricultural knowledge and the power and potential of the Biodynamic methods.” —Star & Furrow

Karl-Ernst Osthaus was born in Germany in 1926. After the war, he became a farmer, practicing biodynamics for more than fifty years. In his later years, Osthaus focused on seed raising and teaching. He died in 2008.