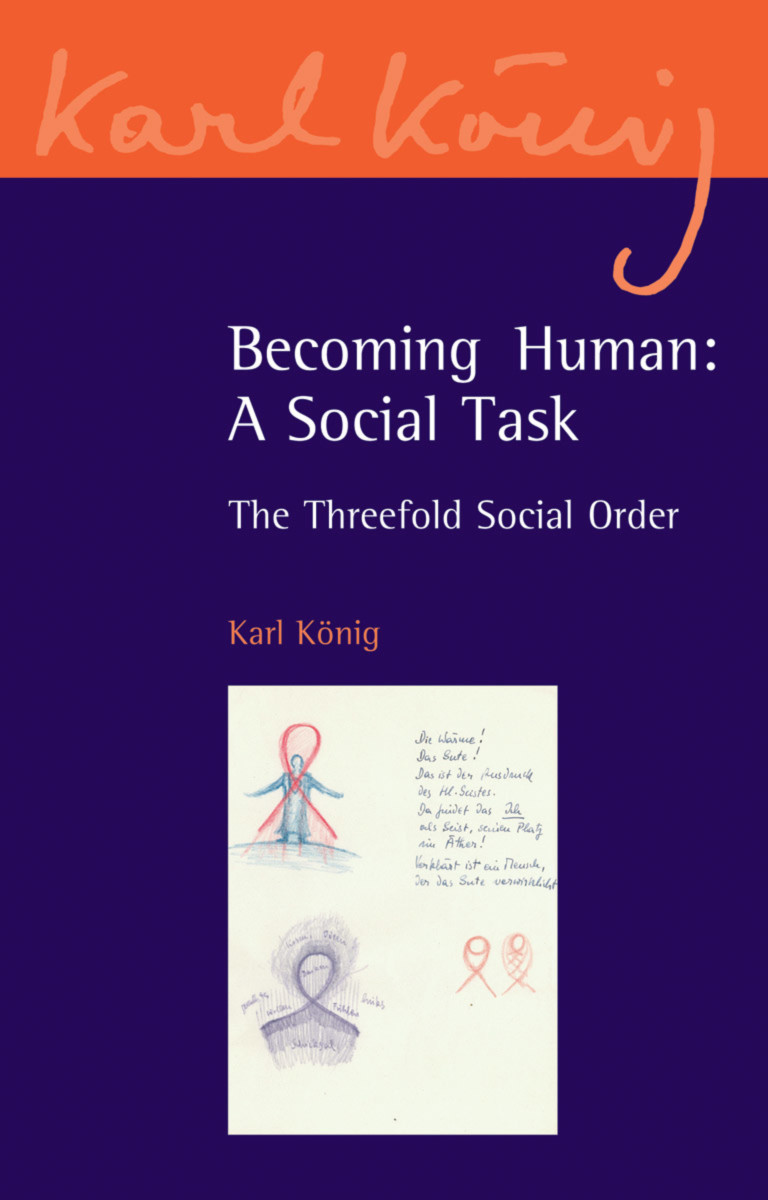 Karl König, the founder of the Camphill movement, was very aware of the need for change in the social order he saw around him. In this revealing collection of imaginative thought and ideas, he shows, however, that true social change must begin in individuals.

He goes on to say that renewal is something each human being can practice themselves in the midst of everyday life.

“Threefolding in the social realm is not an easy concept to come to terms with, let alone realize.... All the more reason to pick up this very timely book and make an effort to understand how society could have organized itself; and what could still happen if social development stays connected with the true needs of humanity rather than be blinded by power and greed. At times it is heartrending to read how the right path for humanity has time and again being sidetracked. Yet overall it is inspiring to know that this impulse has not simply failed and died out.”