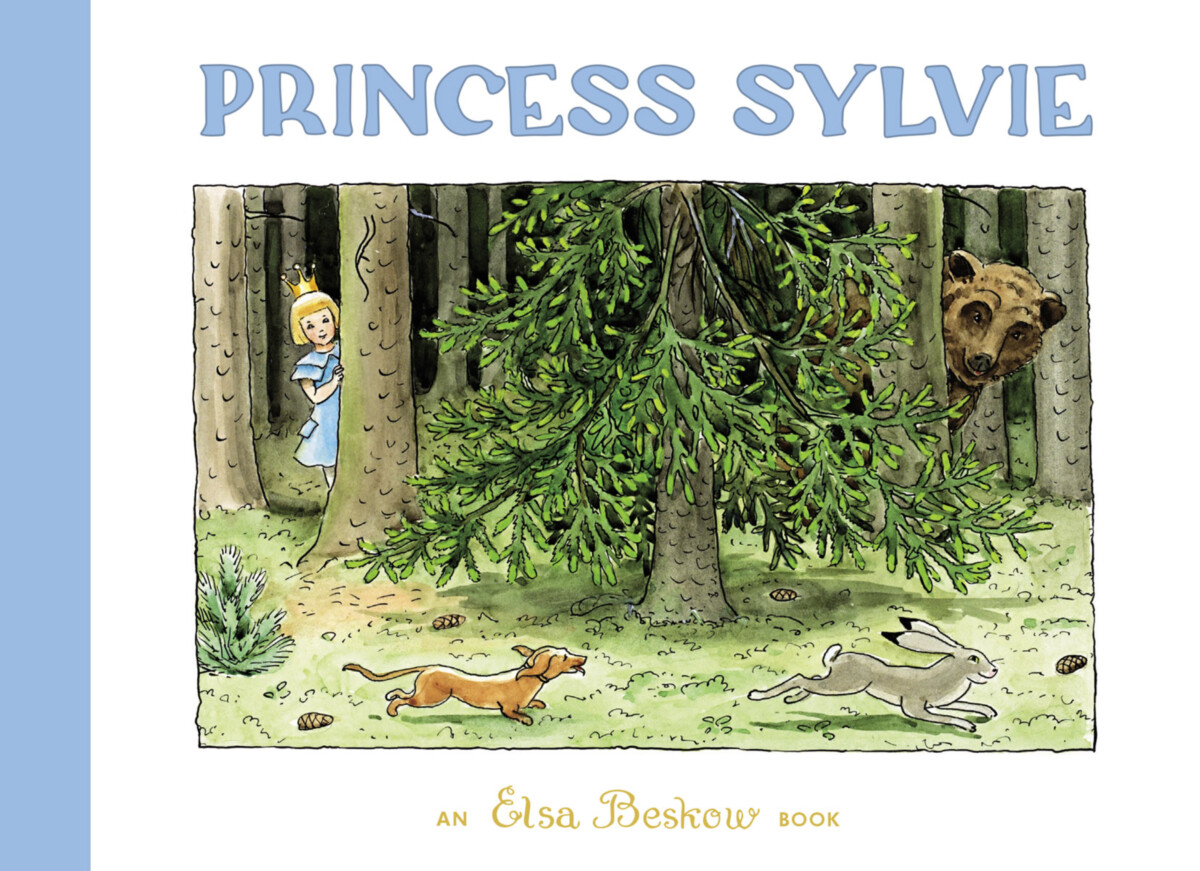 Princess Sylvie has persuaded her father the King to leave the palace gardens and walk in the woods. The King is unsure. What might be in the woods? When Sylvie’s dog Oskar runs off after a long-eared hare, Sylvie’s adventures begin.

Princess Silvie is a delightful story for young children about exploring new places and making new friends...and about the comforts of home.

Elsa Beskow (1874–1953) was born in Stockholm. Her parents were entrepreneur Bernt Maartman (1841–1889), whose family came from Bergen, Norway, and Augusta Fahlstedt (1850–1915). Beskow studied Art Education at Konstfack, University College of Arts, Crafts and Design, then called Tekniska skolan, or the Technical school, in Stockholm. In 1897, she married former minister and social worker and doctor of theology Natanael Beskow, whom she met while serving as a teacher at Djursholms samskola, where he served as headmaster. They had six sons. Beskow became one of the best known of all Swedish children's book artists. She also illustrated "ABC" books and songbooks for Swedish schools. Her book pages are often framed in a decorative Art Nouveau style. Beskow received international recognition for her simple, cheerful stories and outstanding illustrations.