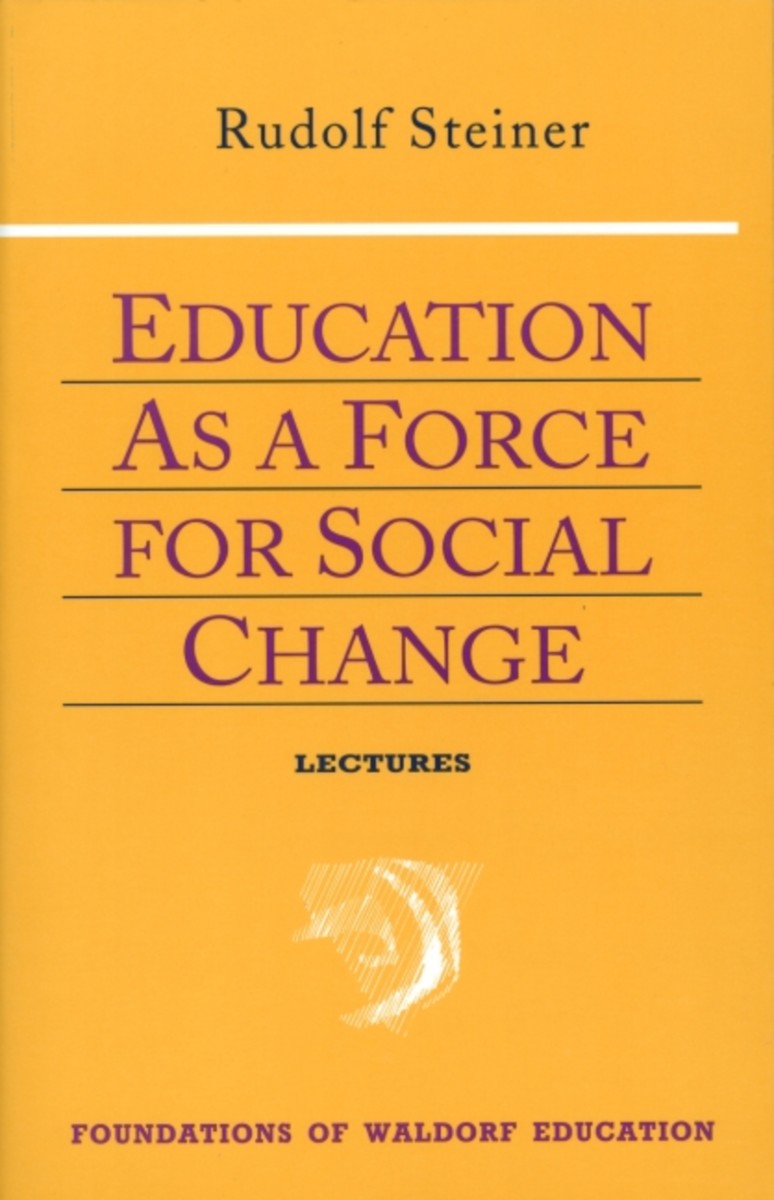 Education as a Force for Social Change

These illuminating lectures were given one month before the opening of the first Waldorf school, located in Stuttgart, following two years of intense preoccupation with the social situation in Germany as World War I ended and society sought to rebuild itself.

Well aware of the dangerous tendencies present in modern culture that undermine a true social life—psychic torpor and boredom, universal mechanization, and growing cynicism—Steiner recognized that any solution for society must address not only economic and legal issues but also that of a free spiritual life.

Steiner also saw the need to properly nurture in children the virtues of imitation, reverence, and love at the appropriate stages of development in order to create mature adults who are inwardly prepared to fulfill the demands of a truly healthy society—adults who are able to assume the responsibilities of freedom, equality, and brotherhood.

Relating these themes to an understanding of the human as a threefold being of thought, feeling, and volition, and against the background of historical forces at work in human consciousness, Steiner lays the ground for a profound revolution in the ways we think about education.

Also included here are three lectures on the social basis of education, a lecture to public school teachers, and a lecture to the workers of the Waldorf Astoria Cigarette Company, after which they asked him to form a school for their children.