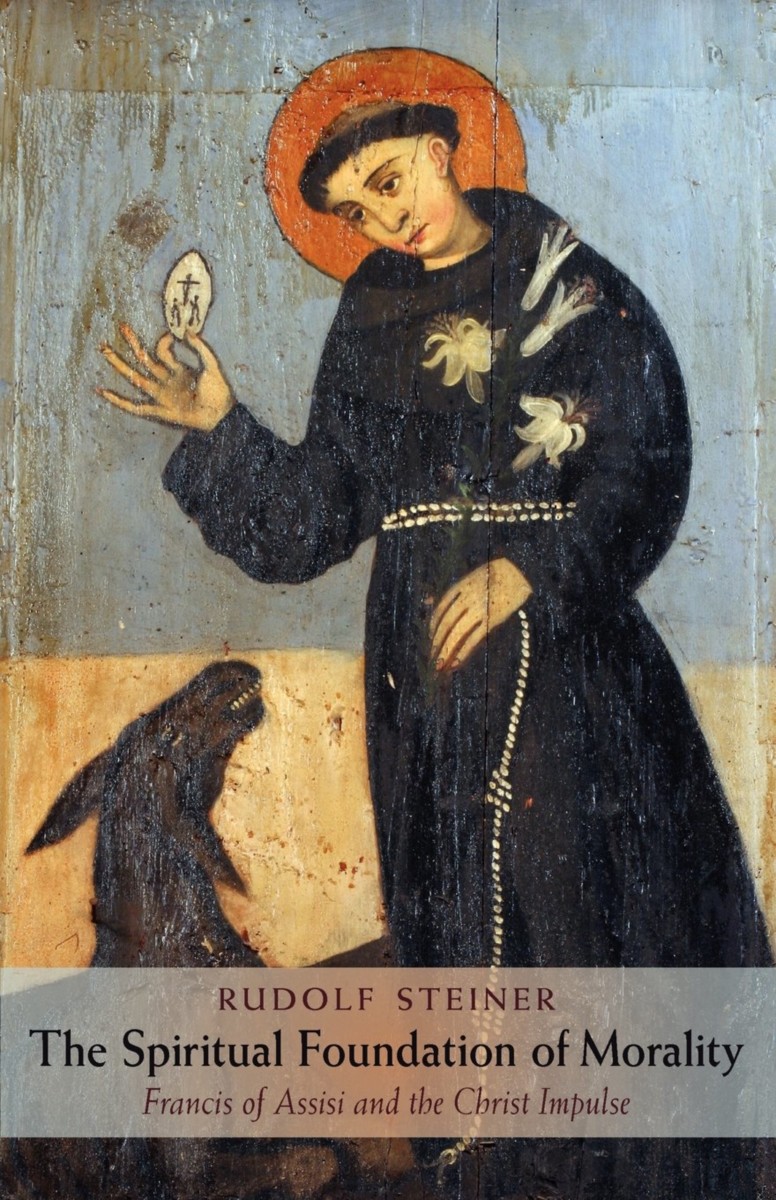 The Spiritual Foundation of Morality

Francis of Assisi and the Christ Impulse (CW 155)

Moral teaching and moral preaching cannot establish morality. It is only by delving into the hidden secrets of life that we can advance not just to moral doctrines but to the moral sources of life, true moral impulses. At different times, humanity has manifested moral life in different ways.

To understand these differences, the evolution of consciousness must also be taken into account. Originally morality was a part of human nature, for in their essence human beings are good. But through evolution, there have come errors, deviations, times of falling away. In this small, much-loved cycle of three lectures Rudolf Steiner indicates the sources for the recovery of a living morality for our time.

Rudolf Steiner shows the transformation of the virtues through the evolution of consciousness and, above all, through the incarnation of the Christ in the Mystery of Golgotha. Since then, morality works to build up Christ's being.

This volume is a partial translation of Theosophische Moral (CW 155).

Lecture 1 — Why morality needs to be studied. Preaching morality v. founding morality: examples of ancient India (devotion to wisdom) and ancient Europe (courage). Leprosy in the Middle Ages. The biography of Francis of Assisi; the transformation of courage into love. The reality of moral forces.

Lecture 2 — The caste system; differentiation as to a law of evolution. The betrayal of the Atlantean Mysteries; the consequences for the European population. Racial evolution v. soul evolution. The demons of leprosy overcome by the Christ impulse in Francis of Assisi. Francis's prior incarnation; the mysteries at Colchis and the Buddha. Francis's faith in the original goodness of humanity. Plato's four virtues.

Lecture 3 — The nature of evil and freedom; the teaching of the mean. Interest as a precondition for understanding and moral conduct. Spiritual Science, as divine wisdom, stimulates interest. During the third post-Atlantean cultural epoch, interest was regulated by the instinctive virtue of "wisdom"; today, interest must be regulated by conscious truthfulness. The lack of truthfulness in modern times; theosophy as an educator of truthfulness. Truthfulness as the virtue of the sentient soul. Courage as the instinctive virtue of the mind soul in the fourth epoch; today, in the fifth epoch, it must become love, based on understanding. This is promoted by a theosophical comprehension of the Christ. Temperance as the virtue of the consciousness soul is still instinctive in the fifth epoch; it will be replaced by "life wisdom" in the sixth epoch. The effect of spiritual-scientific wisdom on the body. The virtue of "justice." Knowledge of the suprasensory world through wonder, astonishment, faith. The evolution of conscience. The Christ impulse is naked; it must be clothed by impulses of wonder, love, conscience. Founding v. preaching morality: the reality of the Christ impulse v. abstract ideals of brotherhood. How goodness builds and evil destroys.

The Ten Commandments in Evolution
A Spiritual-Scientific Study
OR