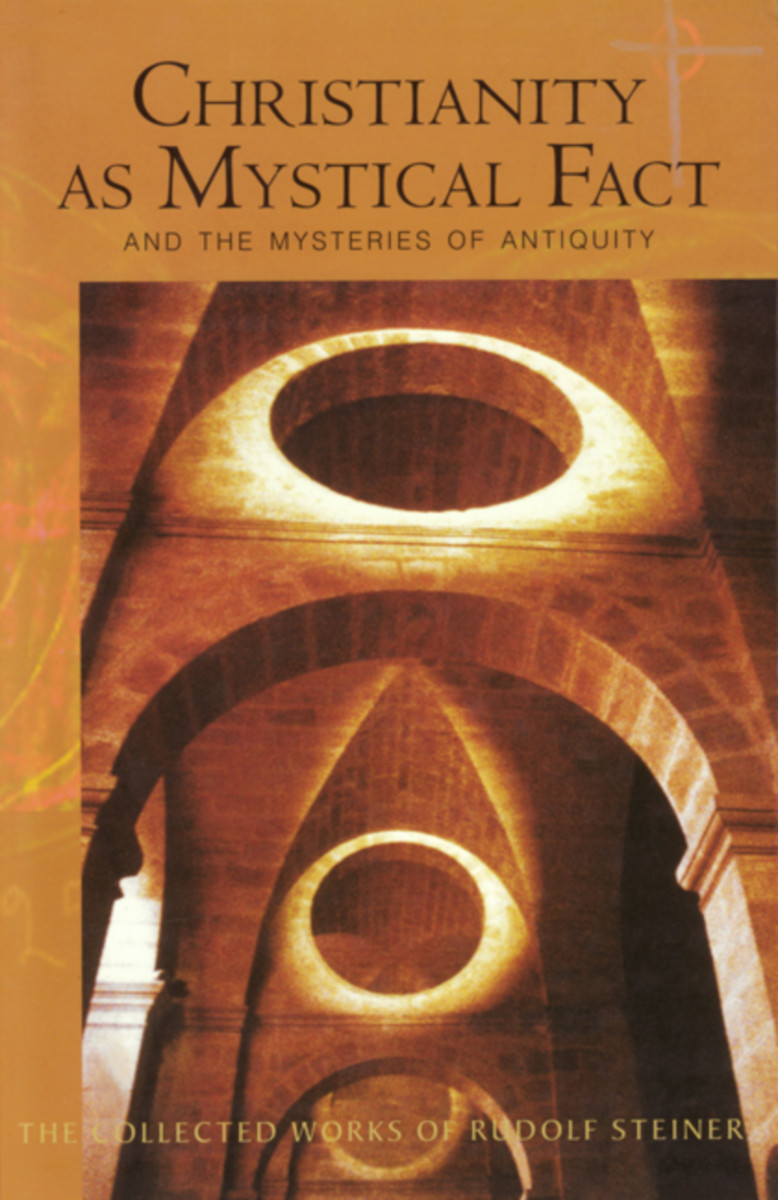 And the Mysteries of Antiquity (CW 8)

“As simultaneously mysticism and fact, Christianity is a breakthrough in the historical development of humanity, for which the mysteries, with the results that they brought about, form a prior evolutionary stage.” —Rudolf Steiner

During the fall and winter of 1901–02, Steiner gave a series of lectures called “Christianity as Mystical Fact” to members of the Theosophical Society. The lectures were rewritten and issued as a book later that year. They mark a watershed in the development of Western esotericism. Steiner wrote of the idea behind his book:

“The title Christianity as Mystical Fact was one I gave to this work eight years ago, when I gathered together the content of lectures given in 1902. It was meant to indicate the special approach adopted in the book. Its theme is not just the mystical side of Christianity in a historical presentation. It was meant to show, from the standpoint of a mystical awareness, how Christianity came into being.

“Behind this was the idea that spiritual happenings were factors in the emergence of Christianity, which could only be observed from such a point of view. It is for the book itself to demonstrate that, by ‘mystical,’ I do not in any way imply a vague intuition rather than strict scientific argument. In many circles, mysticism is understood as just that, and therefore it is distinguished from the concerns of all ‘genuine’ science.

“In this book, however, I use the term to mean a ‘presentation of spiritual reality’—a reality accessible only to a knowledge drawn from the sources of spiritual life itself. Anyone who denies the possibility of such knowledge in principle will find its contents hard to comprehend; any reader who accepts the idea that mysticism may coexist with the clarity of the natural sciences, may acknowledge that the mystical aspect of Christianity must be described mystically.”

This is a significant book—for Steiner's own development, that of Western esotericism, and our own understanding of the Christ event. Readers will find the evolutionary development from the ancient Mysteries through the great Greek philosophers to the events portrayed in the Gospels.

Included are an informative introduction and annotated notes by Andrew Welburn and an afterword by Michael Debus, a priest of The Christian Community, who summarizes the book and places it in context.

Christ and the Disciples
The Destiny of an Inner Community