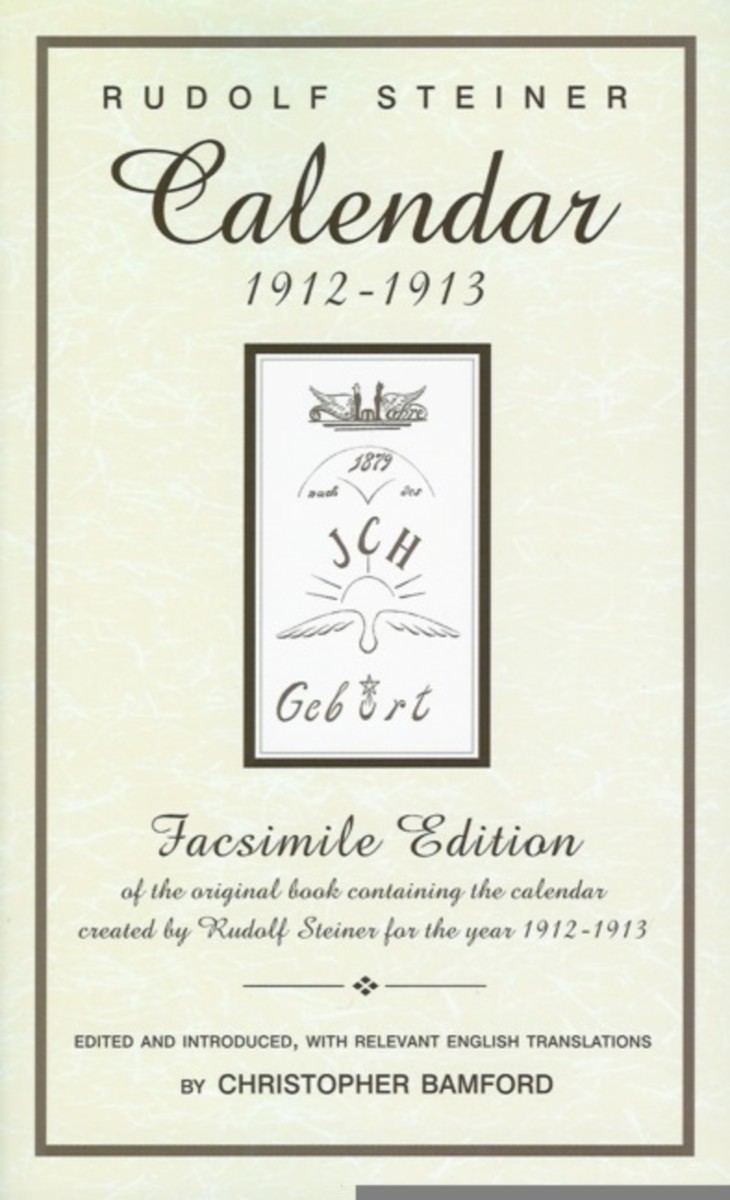 “You will find meditative verses for the individual weeks of the year. You should take these meditations quite particularly into your hearts, for they contain what can make the soul alive and what really corresponds to a living relationship of the soul forces to the forces of the macrocosm.” —Rudolf Steiner

Many are familiar with Rudolf Steiner’s work The Calendar of the Soul, the book of fifty-two weekly meditative verses that run from Easter to Easter. Few, however, know anything of its history. The form in which it appears today derives from the 1925 edition, which appeared only a few days after Steiner’s death. This was the first printing of the verses in their current form as a commercially available edition. Seven years earlier, in 1918, an edition with a short introduction by Steiner appeared as the thirteenth of the “Colorful Waldorf Astoria Booklets,” tiny books packaged with Waldorf Astoria cigarettes and intended for soldiers in the trenches. The project was an initiative of Emil Molt, the owner of the cigarette company, an anthroposophist, and a close friend of Rudolf Steiner. It also appeared in a series of books edited by Molt’s friend Hermann Hesse, intended for German prisoners of war. Neither edition was available to the public through bookstores.

The Calendar itself came into being seven years previously. Imma von Eckhardstein, who had been a member of Steiner’s inner circle of coworkers since 1904, first had the idea in spring 1911. Soon afterword—for health reasons—Marie von Sivers decided to spend three months at Portorose, near Trieste, on the Adriatic. Imma von Eckhardstein accompanied her. Rudolf Steiner also spent much time there when not lecturing. Von Eckhardstein was given the task of illustrating the calendar, following Steiner’s indications for new monthly zodiacal images, as well as for other images.

Publication was planned for the end of 1911, with the help of a grant from the Foundation for Theosophical Art. The actual printing occurred in Munich in March 1912, under the watchful eyes of Imma von Eckhardstein. Books were available in April. Only a limited edition was published, and it was never reissued.

On April 11, in Helsinki, following a special lecture for Russian members who had traveled from Moscow to hear him, Steiner showed his audience the new Calendar 1912/13, saying, “Whoever meditates on these verses will achieve a great deal.”

The calendar begins with an introduction by Steiner on the nature of a calendar as a way to connect past and future as well as earth and cosmos. It is important to get a sense of the movements of the Sun and Moon in relation to the planets and fixed stars. It is also important to bring the past into the present by invoking great beings in the evolution of consciousness on their appropriate birth or death days, and to celebrate the Holy Days. Steiner designed new zodiacal images for each month, traced the phases of the moon, and specified significant people, events, and/or festivals for each day. By living into the year in this way, one is ready for the meditative year as expressed by the weekly verses of the soul calendar.

Introduction by Christopher Bamford
What We Intend (Was gemeint ist): Rudolf Steiner’s Introduction

The Calendar of the Soul
A Commentary

Calendar of the Soul
The Year Participated (CW 40)