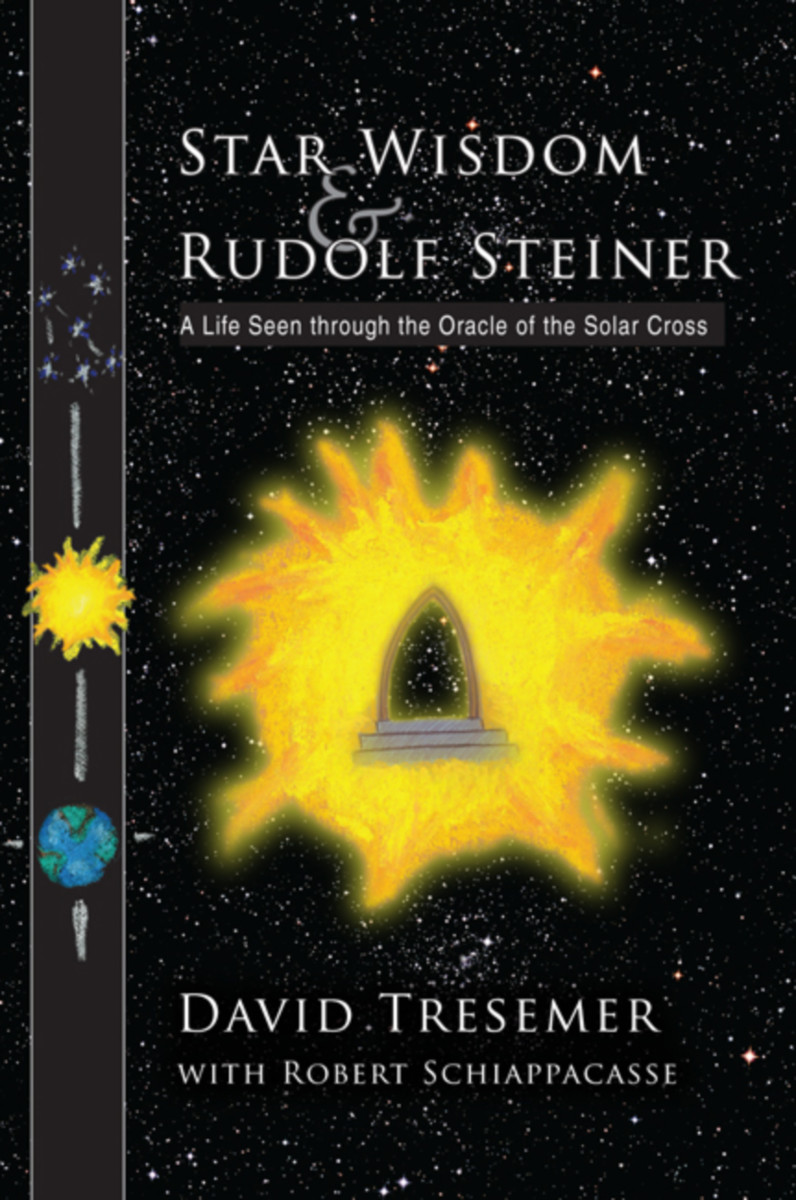 A Life Seen through the Oracle of the Solar Cross

A gift was given you at your first breath—have you opened it? It came from the stars and impressed itself into you at your most vulnerable moment. In this introduction to astrosophy, or star wisdom, a science with ancient roots and modern relevance, David Tresemer shows how the patterns written in the heavens influence a person’s life. Taking as an example the remarkable life of Rudolf Steiner, Tresemer demonstrates the Oracle of the Solar Cross, whose four points interact throughout each of our lives to shape opportunities and challenges that our souls must face.

Steiner spoke often of the “starry script” and hinted that, whereas its patterns impress themselves upon the human psyche, we can also influence this heavenly text, altering it in service of the continued development of humanity. Through stories from the life and examples from the work of Steiner as well as the “Star Brothers and Sisters” who share aspects of his Solar Cross, Tresemer illuminates this truth.

Rich in art and anecdote, this groundbreaking book gives insight into the foundations of Anthroposophy and shows how great acts, feelings, and thoughts by human beings on Earth shine out and impress their patterns into the cosmos.

The Story of this Book

PART I: PREPARING TO USE STAR WISDOM
1. The Imagination of a Life
2. Rudolf Steiner as Our Guide
3. The Stars as Our Guide
4. Connecting Heaven and Earth: The Oracle of the Solar Cross
5. How Images Can Fire Your Imagination

PART III: SOLVING THE PUZZLE OF A LIFE

APPENDICES
A. How the Solar Cross Images Came to Be
B. The Story of the Holy Family
C. Availability of Solar Crosses and Ongoing Research
D. The Birthday of Rudolf Steiner

David Tresemer, PhD, has a doctorate in psychology, and is associate professor of psychology at Rudolf Steiner College for the certificate program in Counseling Psychology, with concentration in Anthroposophic Psychology. He has written in many areas, ranging from The Scythe Book: Mowing Hay, Cutting Weeds, and Harvesting Small Grains with Hand Tools to a book about mythic theater, War in Heaven: Accessing Myth Through Drama, and a book on astrology-seen-intelligently, Star Wisdom and Rudolf Steiner: A Life Seen through the Oracle of the Solar Cross, as well as The Venus Eclipse of the Sun. David’s has also written numerous articles on the connection of celestial events to human experience.