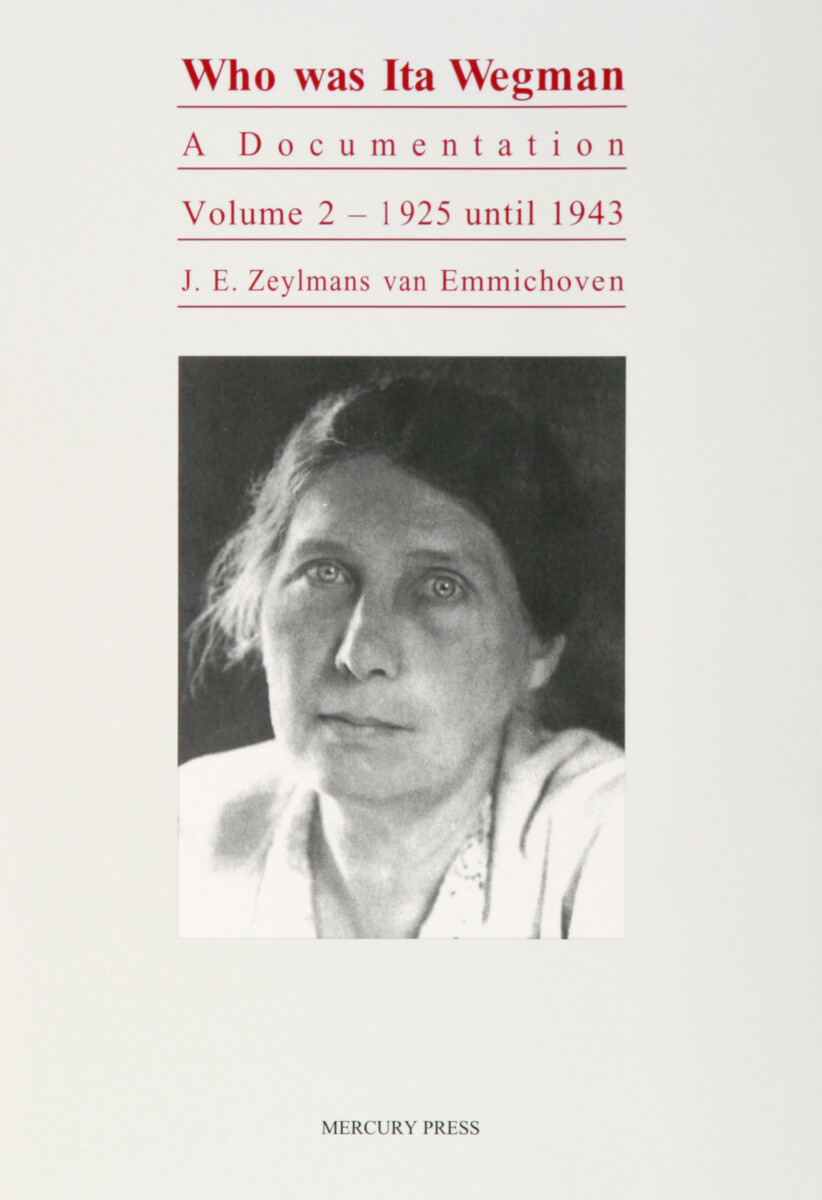 Who Was Ita Wegman Series 2

Rudolf Steiner and anthroposophy are known and active around the world and finding increasing recognition. This has led to a growing interest in the history of the anthroposophic movement and the lives of anthroposophic pioneers, one of which was Ita Wegman. The four volumes of the most complete biography chart the life of Dr. Wegman and offers fresh insight into both Dr. Wegman and her teacher, coworker, and dear friend Rudolf Steiner. These books, as well as their extensive notes and appendices, enable readers to delve imaginatively into the lives of these remarkable individuals who brought anthroposophic medicine into existence.

Dr. Wegman’s story continues as she leads the medical section of the anthroposophic movement following Rudolf Steiner’s death and the turbulent aftermath of World War I in Europe, which led to the rise of the Nazis in 1933. Volume II includes Dr. Wegman’s studies, remembrances by those who knew her, and publications dealing with conflicts within the Anthroposophical Society up to 1935. In the face of great opposition, Ita Wegman took up the task of coordinating the activity of anthroposophic medicine and curative, therapeutic education.

Ita Wegman and Anthroposophy
A Conversation with Emanuel Zeylmans