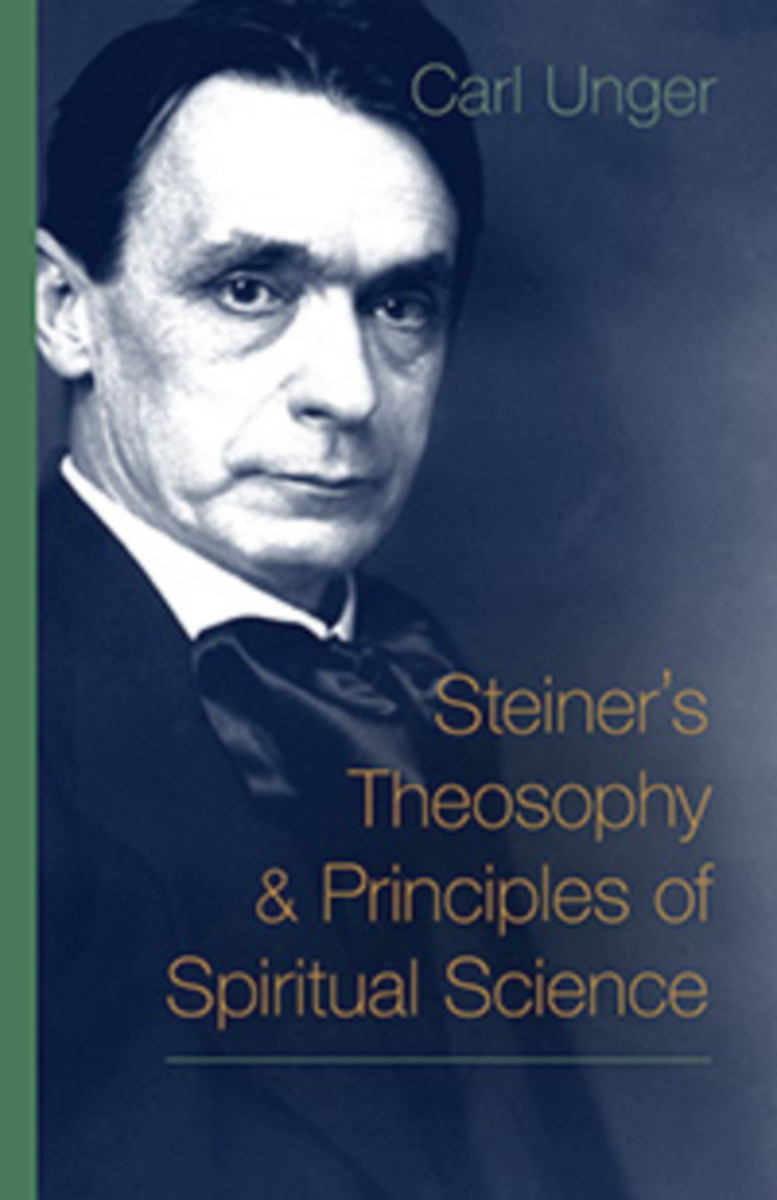 "[In February 1904] Dr. Steiner began his lecture tours. Meanwhile, his book Theosophy was published, and I threw myself into it with the greatest enthusiasm, wrestling with it for months with every page, every sentence, and many words. When I had the foundation for a judgment, which I had somewhat carelessly expressed after my visit to Berlin, I would follow this man blindfolded. For now I had learned to follow with open eyes." —Carl Unger

"[You will] sense that there is great benefit when intentions surface within the Anthroposophical Society that strive toward an elaboration of epistemological principles in the best of all epistemological senses. And since we have [Dr. Carl Unger] a worker of extraordinary significance in this area right here in Stuttgart, this should be seen as a beneficial stream within our movement." —Rudolf Steiner (Aug. 17, 1908)

In part one, Carl Unger outlines and unlocks one of Rudolf Steiner's most essential works, Theosophy: An Introduction to the Spiritual Processes in Human Life and in the Cosmos (CW 9). As a close personal student of Rudolf Steiner and a member of his esoteric school, Carl Unger gained deep understanding of Steiner's most profound works, especially Theosophy. For those who want to "crack" this book and are willing to work, Carl Unger's commentary will prove enlightening and help the reader penetrate beyond an intellectual understanding of Steiner's seminal work.

In part two, the author guides the reader through the essential principles that underlay anthroposophic Spiritual Science. In his foreword to its earlier publication, Alan Howard wrote, "This little volume, though not the only work from Unger's hand, is the essence of what he did in this field. It is not everybody's book, nor, even for those who decide to take it up, an easy book. Each sentence builds closely on all that precede it; each is essential to all that follow. For those students, however, who seek a secure foundation in pure thought for the suprasensory realities of which Steiner speaks, and are willing to give it the study it deserves, this book will be a continuing reward and delight."

1. Genuine Spiritual Science Based on Steiner’s Theosophy
2. Spiritual Teacher and Learner
3. The Essential Nature of the Human Being
4. Body, Soul, and Spirit
5. Manas, Budhi, and Atma
6. Re-embodiment of the Spirit and Destiny
7. Perceiving in the Soul World
8. Sensory Observation, Thinking, and Cognition

1. The “I” and the Nature of the Human Being
2. Natural Science and Spiritual Science
3. The Philosophy of Contradiction

Spiritual Science in the 21st Century
Transforming Evil, Meeting the Other, and Awakening to the Global Initiation of Humanity

What Is Anthroposophy?
Three Spiritual Perspectives on Self-knowledge
OR