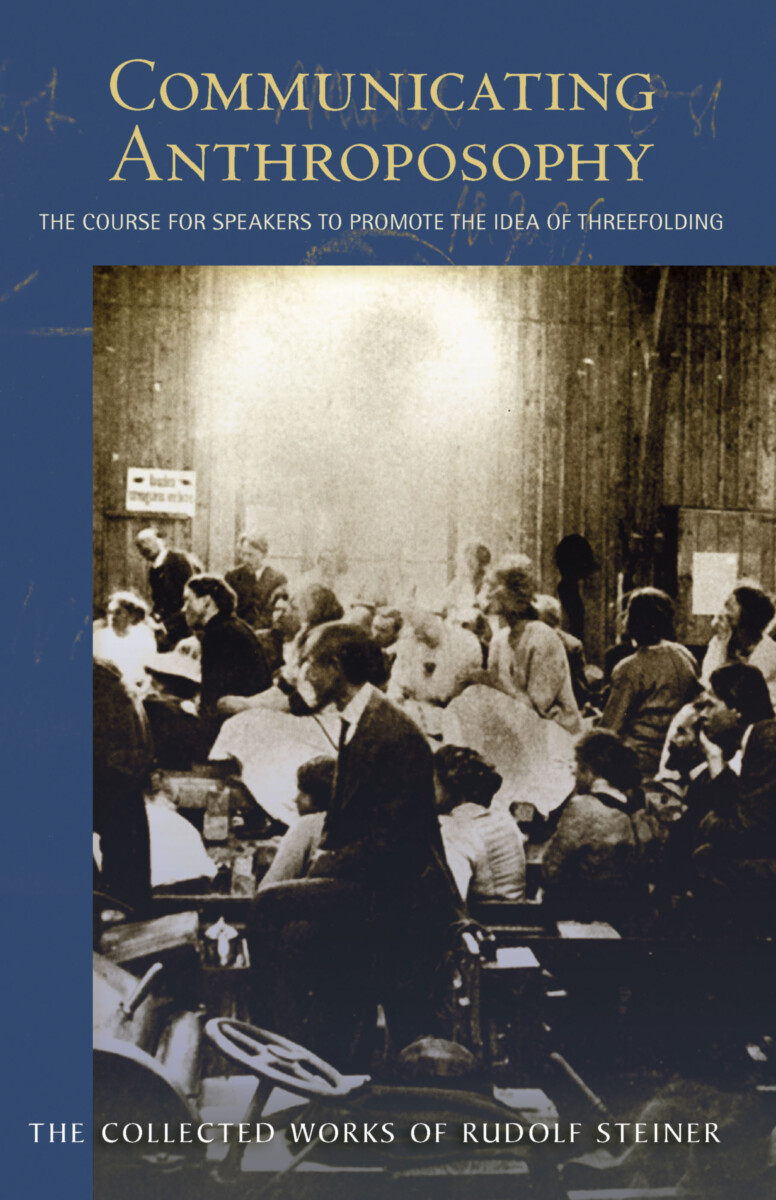 “Be clear with yourselves about this: if these two preconditions are not met [love for the cause and love for humanity], or if they are replaced by some other force such as ambition or vanity, you will still be able to deliver very logical speeches to people; you will be able to speak very cleverly; however, you will not be able to achieve anything.” —Rudolf Steiner

From time to time, while reading through Rudolf Steiner’s Collected Works we encounter a previously unknown series of lectures that seems to promise no more than specialized content of interest mainly to those concerned with its apparent theme—in this case, a introductory course for those about to embark on speaking tours to promote the tripartition of society. Then we discover various subthemes that unexpectedly spark new insights, not only into Anthroposophy, but also regarding Steiner himself, who suddenly appears in a new light. In such cases, we might encounter a passage or lecture that illuminates, challenges, and ultimately transforms what we think we know, and our perspective changes. Our habitual understanding falls away, and we grasp that what we are reading is not information or description but a challange to act in a new way. Suddenly, we are no longer simply readers but also participating in the adventure of Anthroposophy.

Two lectures during January 1921 took place at the request of, and for, anthroposophists from Breslau in Upper Silesia. They had written for guidance in a last-ditch attempt to interject tripartite ideas into the political discussions related to the upcoming referendum to determine whether Upper Silesia would remain part of Germany or revert to Poland. Ten more lectures took place about a month later and were meant to prepare speakers to travel around Germany to promote the idea of threefolding. Knowing that their task would not be easy, that it would be risky and even dangerous, Steiner paints the “big picture” (or “deep ground”) from which they were called to make their case.

Reading these lectures, we come to realize that everything Steiner urges, as well as the way he does so, applies to a much greater field than what he is addressing explicitly. Those participants who would be going out to speak would do so as representatives of Anthroposophy. When speaking of tripartition, they would be discussing only one manifestation of what living Anthroposophy can be. As such, those individuals would need to become living manifestations of Anthroposophy. Thus, this lecture course could also be called “How to Be an Anthroposophist.”

Part I: Working on Behalf of the Threefold Social Organism: A Training Course for Speakers

Inhabiting Interdependence
Being in the Next Economy

We are the Revolution!
Rudolf Steiner, Joseph Beuys, and the Threefold Social Impulse
OR