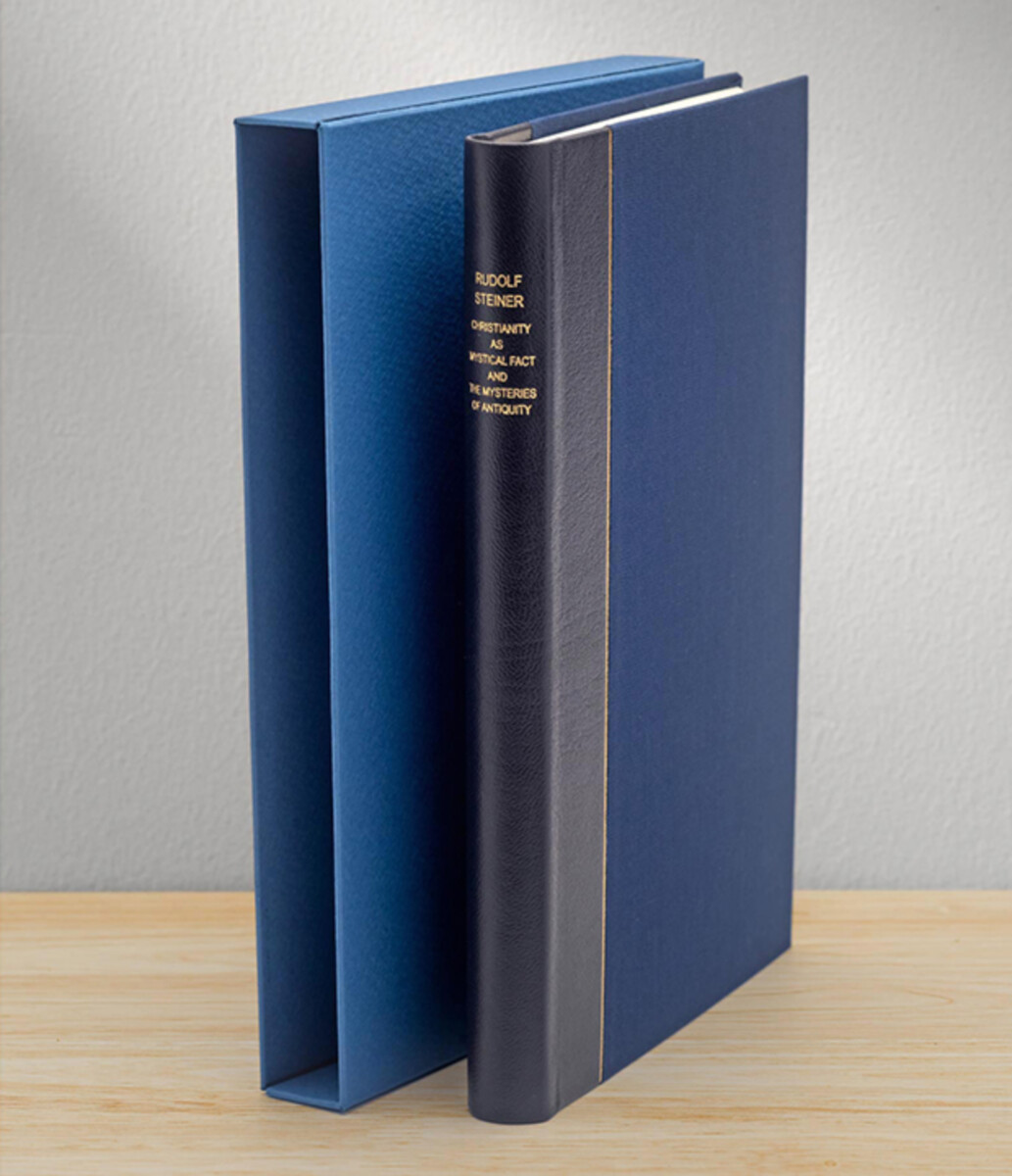 Christianity as Mystical Fact and the Mysteries of Antiquity

As one of the earliest works by Rudolf Steiner that addresses esoteric themes directly, Christianity as Mystical Fact forms the cornerstone for a new understanding of the essence of Christianity and its place in the spiritual evolution of humanity. The book traces the development of knowledge preserved in the mystery schools of Egypt and Greece, reveals hidden meanings behind ancient myths, and shows how events of Christ’s life encompass the greatest mystery of all—the Mystery of Golgotha.

In this book, the reader will encounter ancient philosophers, from Heraclitus and Empedocles to Plato and Philo of Alexandria, each revealing a thread in the tapestry of humanity’s spiritual life. The esoteric teachings contained in the New Testament and the cosmic significance of Christ’s deed on Golgotha are laid bare by Rudolf Steiner’s spiritual research.

This great journey leads to a core insight: “Christianity as mystical fact is a stage of development in the course of human evolution; and the processes in the mysteries, and the effects produced by them, are the preparation for this mystical fact.”

The Chadwick Library Edition is an endeavor to republish—mostly in new or thoroughly revised English translations—several written works of Rudolf Steiner. The edition is named for the late horticulturist Alan Chadwick, whose life and work has served as inspiration to the small group from which the idea originated. Our extensive experience with special bindings led to the selection—for this “trade edition” of 750 books—of a leather spine binding, cloth sides, and a light slipcase. For the hand-numbered edition (100 books), the binding is full leather with a hand-gilt top of the pages in a fine, stiff, cloth-covered slipcase. The leather is blue calfskin, and the title stamping on the spines is in genuine gold leaf. All of this will be carried out by hand at one of the finest binders, Ruggero Rigoldi.

Esoteric Christianity
and the Mission of Christian Rosenkreutz (CW 130)

Rudolf Steiner and The Christian Community
OR