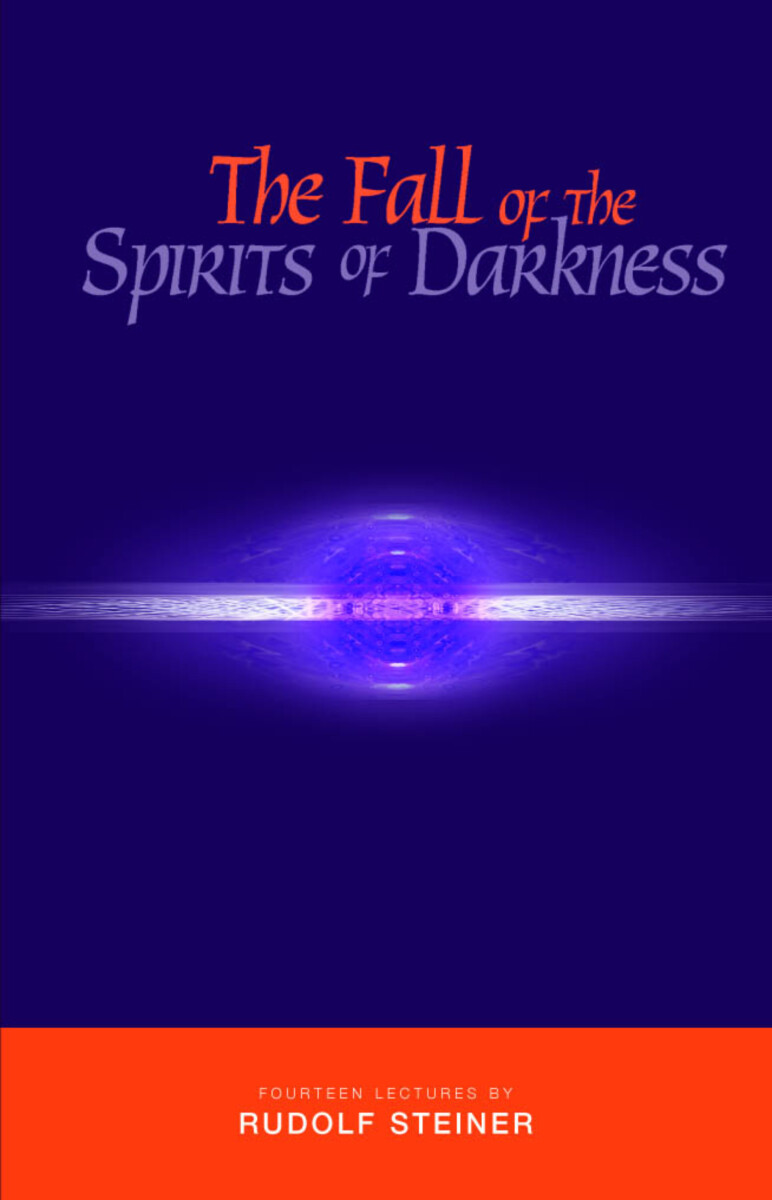 The Fall of the Spirits of Darkness

“Spirituality will come to human beings because Michael won his victory in 1879.... On the other hand, the spirits of darkness are now here among us.” — Rudolf Steiner

Speaking at a time of intense war in Europe, Rudolf Steiner reveals the spiritual roots of the crises of our times and the means by which we can overcome them. Since 1879, Steiner tells us that “backward” angels, or “spirits of darkness”—who were forced out of the heavens and made their abode on Earth following their defeat in a forty-year battle with the Archangel Michael—have influenced human minds. It is now possible for human beings to awaken more consciously to the truth of these profound changes and thus inwardly counter the fallen spirits’ influences. We can come to the realization that definite spiritual causes lie behind earthly events in our rapidly changing times.

In these fourteen lectures, given at the end of 1917 following four years of war in Europe, Steiner speaks on the complex spiritual forces behind the World War I, humanity’s attempts to build theoretically perfect social orders, and the many divisions and disruptions that would continue on Earth into our own time. Humanity in general was asleep to the fact that fallen spirits, cast from the spiritual worlds, had become intensely active on Earth. This manifested mainly in human thinking and perception of the surrounding world. However, the defeat and fall of these spirits also ensured that a science of the spirit would always be available to humanity.

1. The Driving Force behind Europe’s War
2. Humanity’s Struggle for Morality
3. The Search for a Perfect World
4. The Elemental Spirits of Birth and Death
5. Changes in Humanity’s Spiritual Make-up
6. The New Spirituality
7. Working from Spiritual Reality
8. Abstraction and Reality
9. The Battle between Michael and “The Dragon”
10. The Influence of the Backward Angels
11. Recognizing the Inner Human Being
12. The Spirits of Light and the Spirits of Darkness
13. The Fallen Spirits’ Influence in the World
14. Into the Future