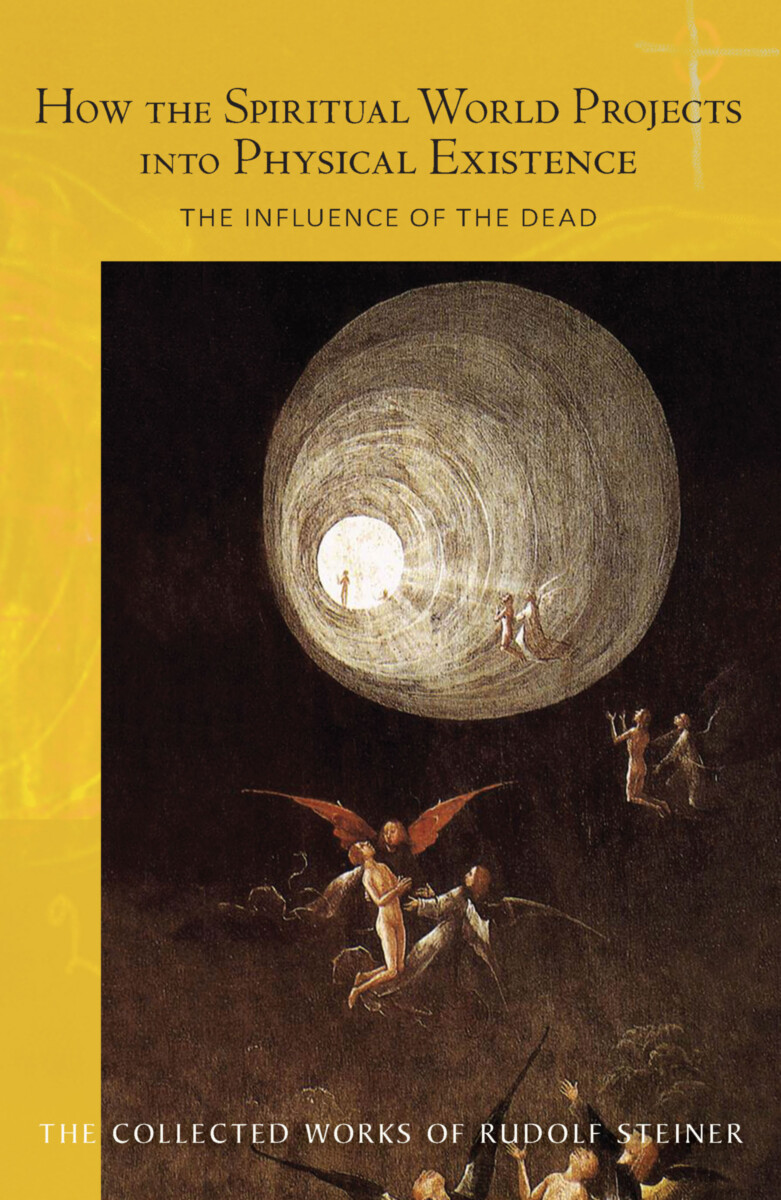 How the Spiritual World Projects into Physical Existence

“By cultivating spiritual thoughts here on Earth we can provide nourishment for the dead.... When fields lie fallow, they produce no crops to feed humanity, and people may die of starvation. The dead cannot die of starvation, of course; all they can do is suffer when spiritual life lies fallow on Earth.” — Rudolf Steiner

The founding of the Anthroposophical Society in 1913 marked a major change in Rudolf Steiner’s work. Although Steiner had always been an independent spiritual researcher, the break with the theosophists removed all constraints, allowing for a full flowering of Anthroposophy. These lectures, presented to audiences in Germany, France, and Sweden, are filled with a freshness and vitality that reflect this new beginning, providing intriguing glimpses of great themes that Steiner was to develop in the years ahead.

Death is a predominant topic here. Rudolf Steiner explains how people on Earth can reach the dead in a non-mediumistic way and how such interaction between “living” and “dead” is mutually beneficial. He states that people who do not recognize the being of Lucifer during their earthly life—those who have not “already got to intuit and know the luciferic impulses in the human soul properly while here in life”—will be “vampirized” by that being after passing through the gate of death. Steiner elaborates on the activities of the adversarial beings in today’s civilization—spiritual powers that play a needed role in Earth’s evolution—and how we can counteract them. The longer we can stay alive, for example, the greater the victory over Ahriman’s activity. Even losing one’s teeth has beneficial aspects, allowing us to “gain certain impulses, and these overcome Ahriman.” Steiner relates the actions of such spiritual entities to child development, too, indicating the various influences in the seven-year cycles of growth.

Also included are lectures on the Christian festivals and various works of art, including The Triumph of Death in the Composanto cemetery at Pisa, which reveals great secrets of humanity’s evolution. Whatever subject Steiner addresses, it quickly becomes clear that these lectures were not relevant only to his audience in 1913; they also speak to contemporary souls around the world seeking spiritual direction and understanding.