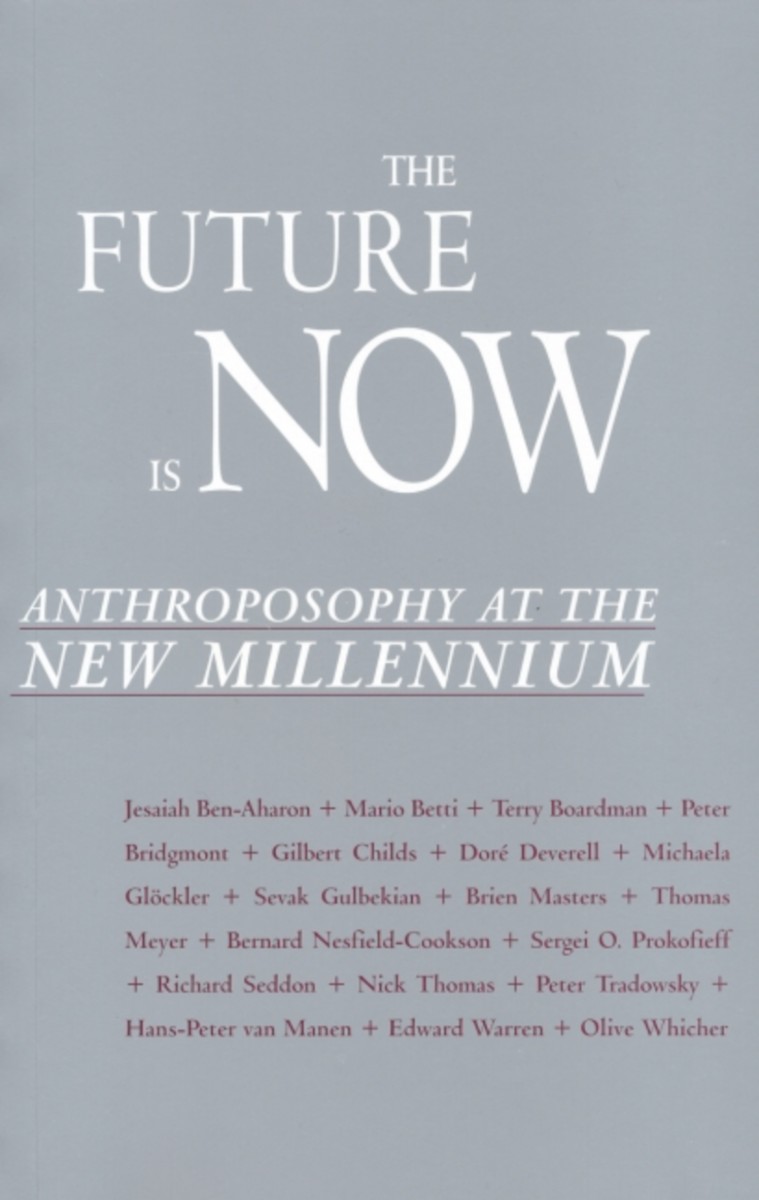 The Future is Now

Anthroposophy at the New Millennium

Rudolf Steiner spoke at various times of a period that encompasses the end of the twentieth century and the beginning of the new millennium. He described it as a time of great spiritual struggle in which forces of destruction would wage war on benevolent forces, and how the future of culture and civilization would depend on the outcome. In his many statements on this matter, Steiner warned, in particular, members of the Anthroposophical Society and movement—that they would be called on to develop vital spiritual capacities that are becoming increasingly critical for human progress.

In these eighteen essays, contributors offer their thoughts on the question of where anthroposophy in its earthly manifestation now stands and to what extent it is fulfilling its tasks. This commentary on the challenges ahead offers us all a chance to reassess, prepare, and wake up.

Foreword
Introduction: Humanity at the New Millennium and the Future of Anthroposophy (Sevak Gulbekian)

PART ONE” THE FUTURE OF ANTHROPOSOPHY

1. The End of the Century and the Tasks of the Anthroposophical Society (Sergei O. Prokofieff)
2. The Global Situation at the End of the Twentieth Century (Jesaiah Ben-Aharon)
3. Rudolf Steiner’s Unwritten Work (Michaela Glöckler)
4. The Synergy of Individual Work and Cosmic Thought (Nick Thomas)
5. What Must Happen if Anthroposophy is to Fulfill Its Task in the Next Century? (Peter Tradowsky)
6. Matters of Conscience (Nick Thomas)
7. Do not Disturb! (Peter Bridgmont)
8. Anthroposophy in Britain—How Did We Get Here? (Richard Seddon)
9. Only Better Thoughts Will Create Better Facts (Thomas Meyer)
10. The Vision of Avitus (Mario Betti)

1. The Idea of the Threefold Society at the Dawn of the Third Millennium (Terry Boardman)
2. The Spirit of the Letter—On Whose Side is the Teacher of Literacy Fighting? (Brien Masters)
3. A Response to the Claim that Anthroposophy Is Racist (Bernard Nesfield-Cookson)
4. Teenage Self-development (Edward Warren)
5. Freedom in Thinking (Olive Whicher)
6. Interpreting Life through the Eyes of Anthroposophy (Doré Deverell)

Appendix: When Did Rudolf Steiner Expect the Incarnation of Ahriman? (Hans-Peter van Manen)