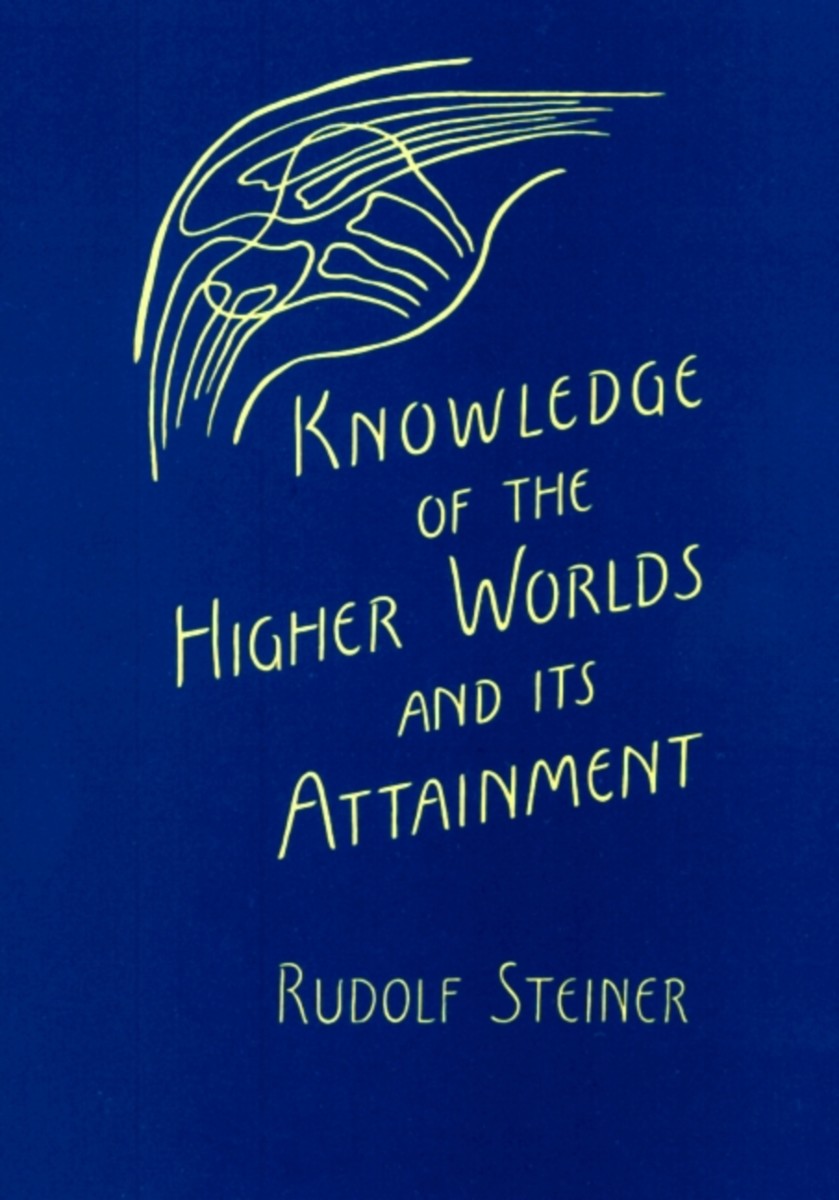 Knowledge of the Higher Worlds and Its Attainment

“Not everyone can immediately achieve spiritual vision; but the discoveries of those who have it can be health-giving life nourishment for all. The results of supersensible knowledge, when properly employed in life, prove to be not impractical, but rather, practical in the highest sense.... The acquisition of higher knowledge is not the end, but the means to an end; the end consists in the attainment, thanks to this knowledge, of greater and truer self-confidence, a higher degree of courage, and a magnanimity and perseverance such as cannot, as a rule, be acquired in the lower world.”

This is the classic account of the modern Western esoteric path of initiation made public by Steiner in 1904. He begins with the premise that “the capacities by which we can gain insights into the higher worlds lie dormant within each one of us.” Steiner carefully and precisely leads the reader from the cultivation of the fundamental soul attitudes of reverence and inner tranquility to the development of inner life through the stages of preparation, illumination, and initiation.

Steiner provides practical exercises of inner and outer observation and moral development. By patiently and persistently following his guidelines, new “organs” of soul and spirit begin to form, which reveal the contours of the higher worlds thus far concealed from us.

Steiner in this important work becomes a teacher, a counselor, and a friend whose advice is practical, clear, and effective. The challenges we face in life require increasingly deeper levels of understanding, and Steiner’s text helps readers to cultivate the capacities for such insights and places them at the service of humanity.

This is Steiner’s most essential guide to the modern path of initiation he advocated throughout his life. It has been translated into many languages and has inspired hundreds of thousands of readers around the world. How to Know Higher Worlds has been admired by some of the most brilliant minds of our time.

"The methods by which a student is prepared for the reception of higher knowledge are minutely prescribed. The direction he is to take is traced with unfading, everlasting letters in the worlds of the spirit where the initiates guard the higher secrets. In ancient times, anterior to our history, the temples of the spirit were also outwardly visible; today, because our life has become so unspiritual, they are not to be found in the world visible to external sight; yet they are present spiritually everywhere, and all who seek may find them."

Knowledge of the Higher Worlds and Its Attainment is a translation from German of the written work Wie erlangt man Erkenntnisse der höheren Welten? (GA 10).

1. How is Knowledge of the Higher Worlds Attained?
2. The Stages of Initiation:
-  Preparation
-  Enlightenment
-  The Control of Thoughts and Feelings
3. Initiation
4. Some Practical Aspects
5. The Conditions of Esoteric Training
6. Some Results of Initiation
7. The Transformation of Dream Life
8. The Continuity of Consciousness
9. The Splitting of the Human Personality during Spiritual Training
10. The Guardian of the Threshold
11. Life and Death: The Greater Guardian of the Threshold

Knowledge of the Higher Worlds
How Is It Attained? (CW 10)

Knowledge of the Higher Worlds
How Is It Achieved? (CW 10)