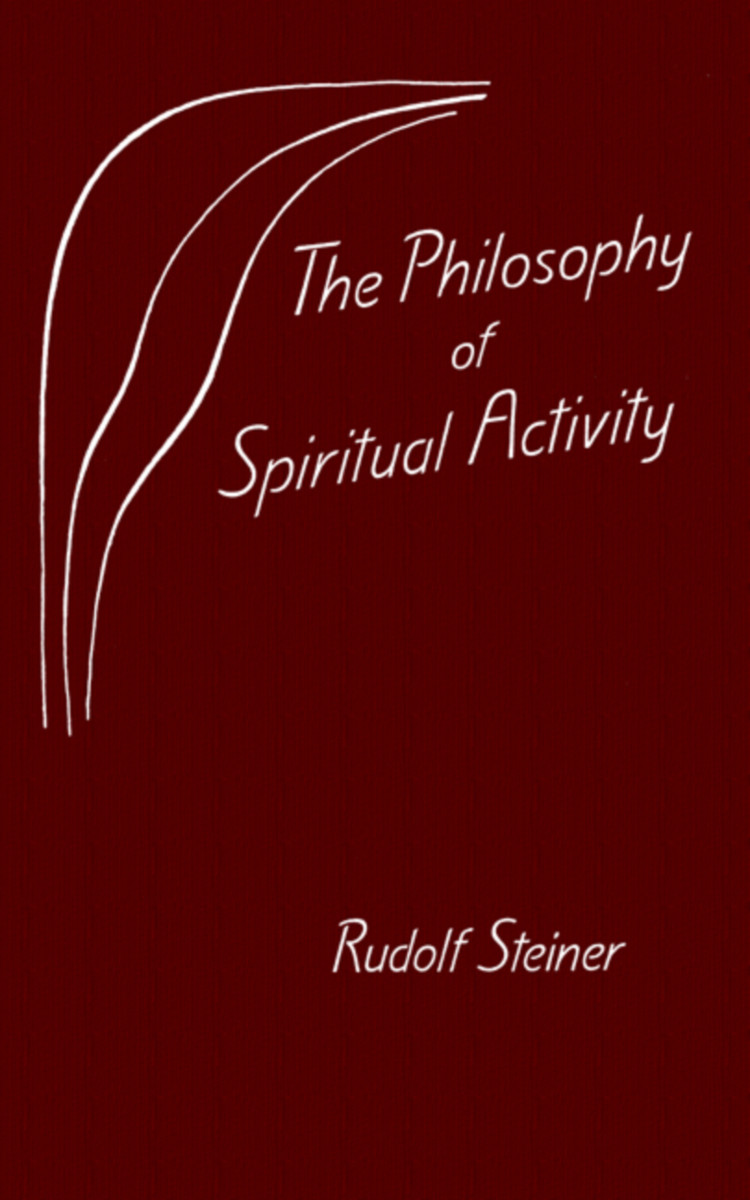 The Philosophy of Spiritual Activity

“Materialism can never provide a satisfactory explanation of the world. For every attempt at an explanation must begin with one’s forming thoughts for oneself about the phenomena of the world. Materialism therefore takes its start with the thought of matter or of material processes. Thus, it already has two different realms of facts before it: the material world and thoughts about it. It seeks to understand the latter by grasping them as a purely material process. It believes that thinking takes place in the brain in about the same way as digestion does in the animal organs. Just as it attributes to matter mechanical and organic effects, so it also ascribes to it the capability, under specific conditions, to think. It forgets that it has now only transferred the problem to another place. It attributes the capability of thinking not to itself but to matter. An in doing so, it is back again at its starting point.... The materialistic view is not able to solve the problem, but only to shift it.” (pp. 18–19)

Of all of his works, The Philosophy of Spiritual Activity is the one that Steiner himself believed would have the longest life and the greatest spiritual and cultural consequences. It was written as a phenomenological account of the “results of observing the human soul according to the methods of natural science.

This seminal work asserts that free spiritual activity—understood as the human ability to think and act independently of physical nature—is the suitable path for human beings today to gain true knowledge of themselves and of the universe. This is not merely a philosophical volume, but rather a warm, heart-oriented guide to the practice and experience of living thinking.

Readers will not find abstract philosophy here, but a step-by-step account of how a person may come to experience living, intuitive thinking—“the conscious experience of a purely spiritual content.”

During the past hundred years since it was written, many have tried to discover this “new thinking” that could help us understand the various spiritual, ecological, social, political, and philosophical issues facing us. But only Rudolf Steiner laid out a path that leads from ordinary thinking to the level of pure spiritual activity—intuitive thinking—in which we become co-creators and co-redeemers of the world.

This volume is arguably the most essential of Steiner’s works. The thoughts in this book establish the foundation for all of Anthroposophy.

The Philosophy of Spiritual Activity is a translation from German of Die Philosophie der Freiheit (GA 4).

Science of Spiritual Activity (Freiheit)
1. Conscious Human Action
2. The Fundamental Desire for Knowledge
3. Thinking in the Service of Apprehending the World
4. The World as Perception
5. The Activity of Knowing the World
6. The Human Individuality
7. Are There Limits to Knowing?

Final Questions
The Consequenses of Monism

Freedom through Love
The Search for Meaning in Life: Rudolf Steiner's "Philosophy of Freedom"

Rudolf Steiner on His Book "The Philosophy of Freedom"