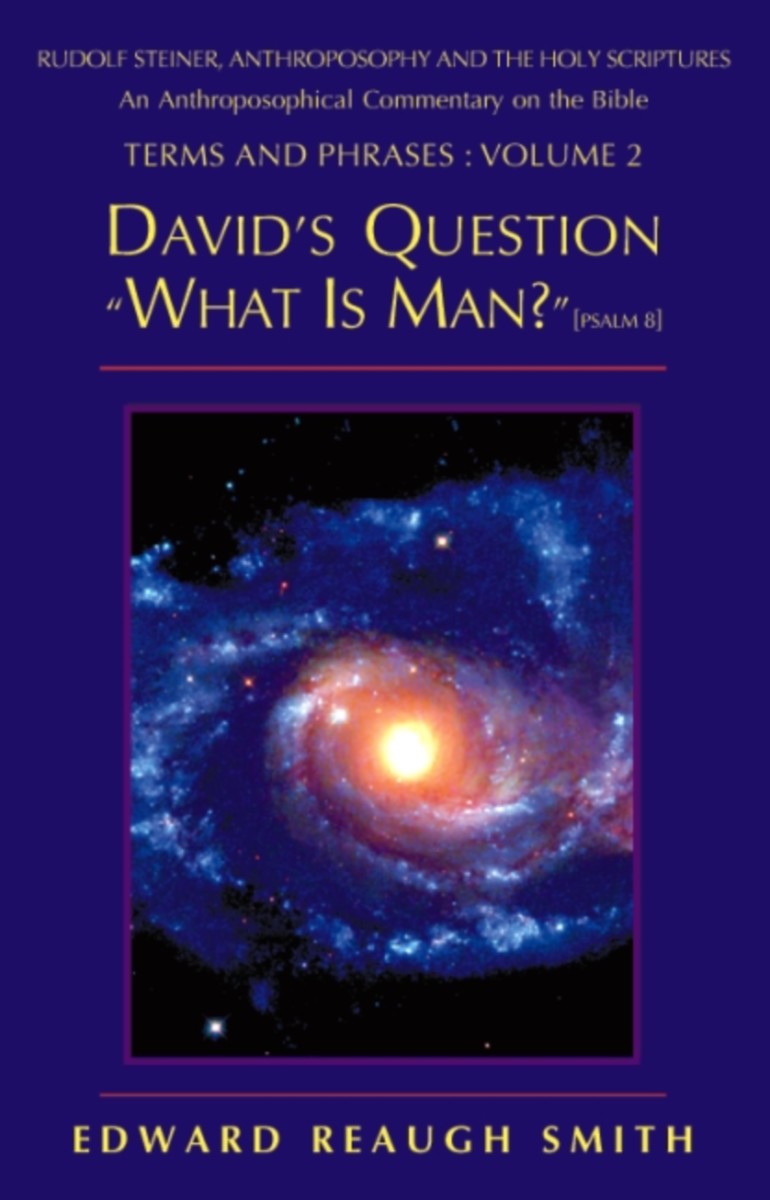 What Is Man? (Psalm 8:4) — Rudolf Steiner, Anthroposophy, and the Holy Scriptures: An Anthroposophical Commentary on the Bible

If, ultimately, there is only one reality, then neither religion nor science can be fulfilled until they come together on a higher plane. In this second volume of his authoritative, anthroposophical commentary on the Bible, Edward Reaugh Smith shows that there is no difference between true science and the divine intelligence sought by true religion.

The model for such a union of science and religion is the spiritual science developed by Rudolf Steiner. In this union, what the senses show us about the physical world—when keenly observed and allowed to speak for itself instead of being abstracted into theories—become images of the spiritual world: “As above, so below.”

Drawing on his extensive knowledge of the Bible, the author shows us that anthroposophy provides unique insights into the biblical account.

David's Question is an important resource for anyone who to dig into the deepest meanings of biblical scriptures.

The Question
Evolution
Creation and Apocalypse
The Four Elements
As Above, So Below
Fire
Light
Darkness
Meditation—On Light and Darkness
Blood
“What Is Man?”