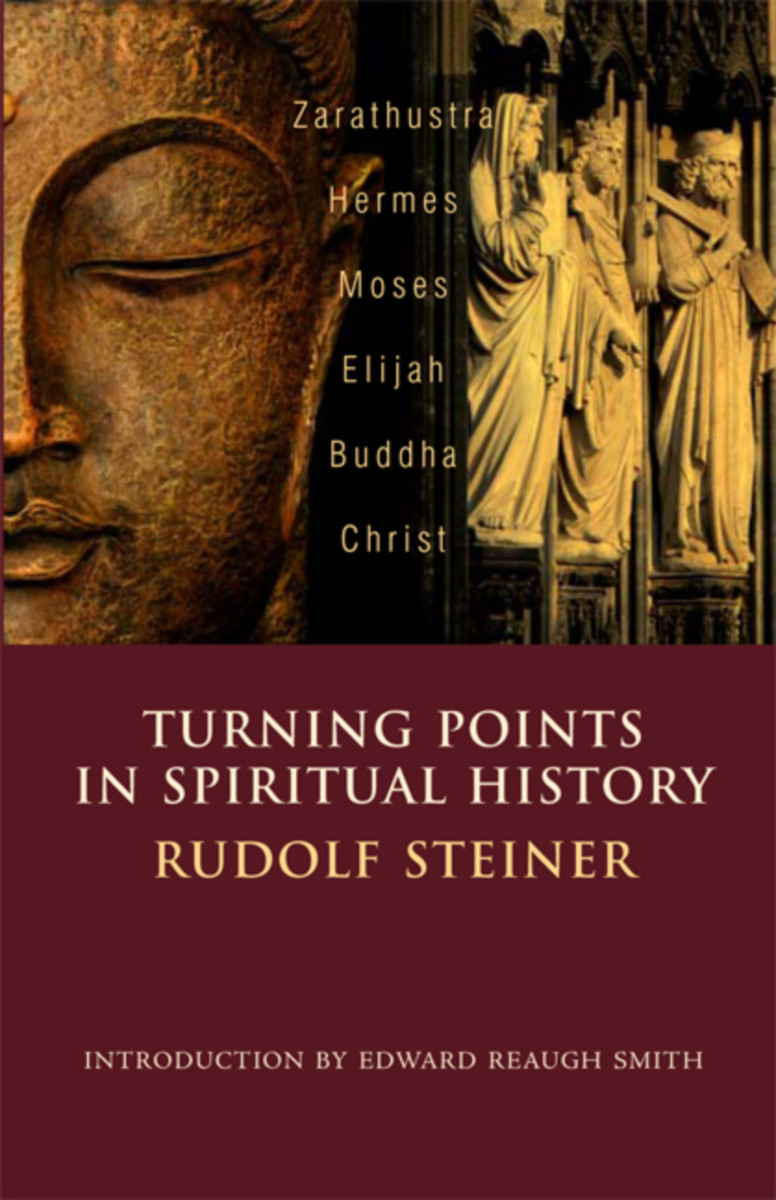 “In our long human journey, individual and collective, the journey that science calls evolution, many indeed are the turning points. But they are not so much turning points in outer, material manifestation in the fossils of paleontology, for those fossils are only the shed garments worn by humans in an earlier age, vestments designed by providence to meet the need of a changing human consciousness moving through time. Where the real evolution occurs, for which the necessary outer garments are tailored over time, is in the realm of consciousness as it transitions from spirit to matter and back to spirit.” —Edward Reaugh Smith (from the introduction)

Rudolf Steiner gave the six lectures in this volume between January 1911 and January 1912. Soon after Steiner’s death in 1925, Marie Steiner—realizing the importance of those lectures for understanding the evolution of consciousness and the central role of the Christ event in that process—collected them under the title Turning Points in Spiritual History.

According to Rudolf Steiner, Earth is the crucible of cosmic evolution, and earthly evolution is accomplished through humanity. Further, there were five turning points—or critical, transformative moments—in the process leading to the culmination of the Christ’s incarnation through the Mystery of Golgotha. Each of those five points is exemplified by an individual: Zarathustra, Hermes, Moses, Elijah, and the Buddha.

Each of these lectures deals in turn with one of these great beings. In them, Steiner provides us with astonishing views of esoteric history and shows the remarkable ways in which the spiritual world guided and nurtured the spiritual evolution in preparation for the Christ’s appearance on Earth.

The Temple Legend
Freemasonry and Related Occult Movements: From the Contents of the Esoteric School (CW 93)
OR