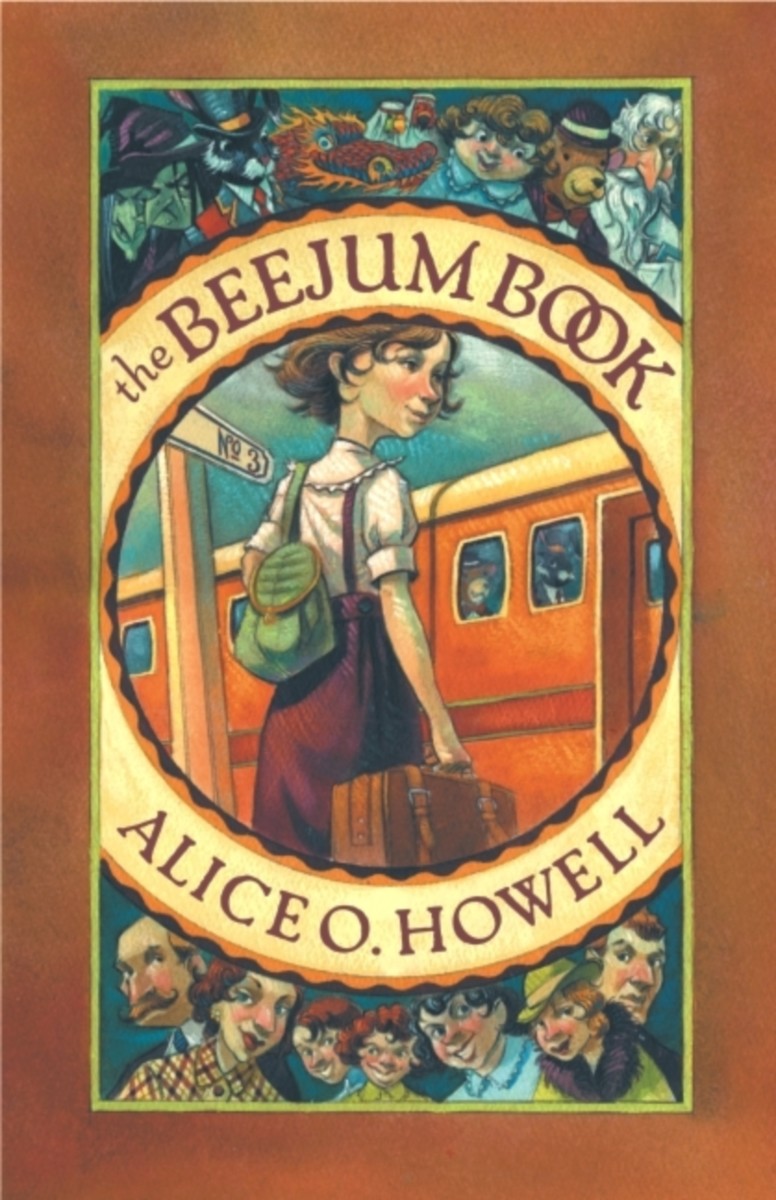 “The unconscious psyche of the child is truly limitless in extent and of incalculable age.” — C. G. Jung

The Beejum Book offers a journey into a world of fantasy that, deep down, each of us knows and longs for. It tells the story of Teak, a child living abroad between the two World Wars. Teak’s mother tells her not to worry about being left alone, because every night, when she goes to sleep, they can meet in Beejumstan.

Teak’s travels to this magical realm bring her face to face with Lonesome, a well-attired rabbit and Beejumstan’s “ambassador without portfolio”; Figg Newton, the alchemist; the witches Rudintruda and Idy Fix; Gezeebius, the Wise Old Man; and many other fascinating characters.

Alice O. Howell is a wise woman who can present deep truths in simple and engaging ways.

Through this enchanting tale, she suggests that within us are many worlds as real and compel­ling as the one we know outside. Delightfully told and charmingly illustrated, The Beejum Book offers seekers of all ages a beautiful way of imbibing wisdom.

“Read this book to yourself, or read it aloud to a young child, and delight in the hidden ironies of language and the pearls of wisdom you trip over when you least expect them. As Alice in Wonderland magically mir­rored the Victorian world, so The Beejum Book mirrors ours.” — Marion Woodman, author of Bone: Dying into Life and Addiction to Perfection

“This delicious, exhilarating marvel of a book has a pace, wit, fantasy, and spiritual depth. The Beejum Book will take its place with The Little Princess and Charlotte’s Web as a perennial classic.” — Andrew Harvey, author of The Direct Path and Son of Man

“A new classic. Wise and funny, startling and exuberant, it offers us new ways of being as it stirs up our pluck and cunning, our courage and our commitment.” — Jean Houston, author of Jump Time, The Possible Human, and A Mythic Life

“This book is destined to become a classic. Both young and old will find enchantment and nourishment for the soul.” —  James Redfield, author of The Celestine Prophecy

“Sheer magic and pure delight. This book breaks upon one like a revelation.” —  Philip Zaleski, editor of The Best Spiritual Writing series and author of The Recollected Heart

Alice O. Howell was born in Cambridge, Mass., in 1922. From an early age, she lived abroad in hotels and boarding schools, never more than three months in one place. By eighteen, she had lived in or traveled to thirty-seven countries and undertaken a lifelong study of comparative religion and mythology. She graduated from the Buser Institut in Switzerland before returning with her parents to the U.S. During World War II, she studied under the astrologer Marc Edmund Jones as his youngest student. She got married, had four children, and taught English and history in private schools on Long Island for eighteen years, progressing to the university level. Howell continued to study Jungian depth psychology and astrology for thirty years. At the advice of the Jungian analyst Dr. Edward F. Edinger, she attempted to prove astrology a useful diagnostic aid in the practice of Jungian psychology and devoted her time to patients sent by psychiatrists and analysts. Howell taught at the Jung Foundation in New York City and later at the C.G. Jung institutes in Chicago and L.A. and became an international lecturer. She is the primary pioneer in linking psychology and astrology. Encouraged by her second husband, Walter Andersen, she has written seven books, including Jungian Symbolism in Astrology (1987); The Dove in the Stone (1988); and The Web in the Sea (1933); as well as three books for SteinerBooks and Lindisfarne Books: How Like an Angel Came I Down (1991); The Beejum Book (2002); Lara's First Christmas (2004); and From the Archives of the Heart (2010). Now widowed and a great-grandmother, Alice O. Howell lives in the Massachusetts Berkshires and continues her practice and moderates an online Jungian group.

The Blue Forest
Bedtime Stories for the Nights of the Week

Buzzy and the River Rats
Book I: Buzzy Moves In