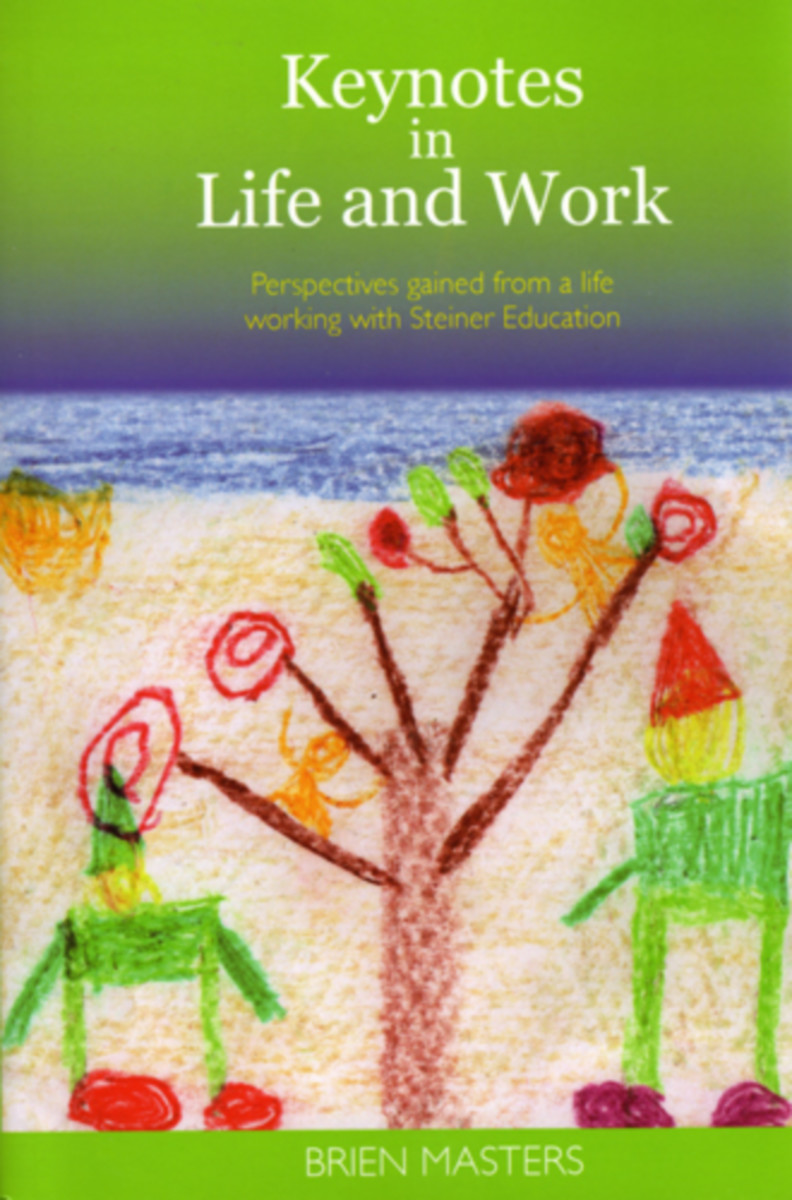 Keynotes in Life and Work

It came as a ringing endorsement of Brien Masters analysis of the situation when the Times Educational Supplement(June 2005), reviewing his Adventures in Steiner Education, stated that his explanation of the rationale behind the Waldorf approach to literacy taught unhurriedly, with lots of stories and drawing, then writing leading to reading at about age seven ought to be placed on the desks of all those who are so concerned to hasten small children in to the mechanics of it all. In these collected essays, the theme of literacy takes its place alongside other Waldorf non-negotiable aspects, among them a paper on test-free assessment, written for the Israeli Government.

These, and other topics express the conviction that, through attitudes cultivated in education, the remedies for issues of the day is forthcoming. This is not to deny, of course, short-term fixes, whether in the sphere of global ecology, the world's economy, quality of life, health and culture, the fragile pillar supporting democracy, human relationships at all levels, and so on. The book emphasizes that the essence of education is a vital key to our future.

Brien Masters worked with Rudolf Steiner's ideas for more than half a century. He focused his perspectives by placing each one beside some feature that played a significant part in the eleven septennial phases of his life. In doing so, he explored avenues that opened up as a result of his own personal, lifelong learning, for example, studies in Beethoven, Oliphant, and Shakespeare. Apart from authorship, he is known in the Waldorf educational world as teacher, teacher trainer, poet, consultant (up to the UK ministerial level), musician, and lecturer. His doctoral thesis investigated how Steiner's ideas have fared as the Waldorf movement grew into its present worldwide dimension.