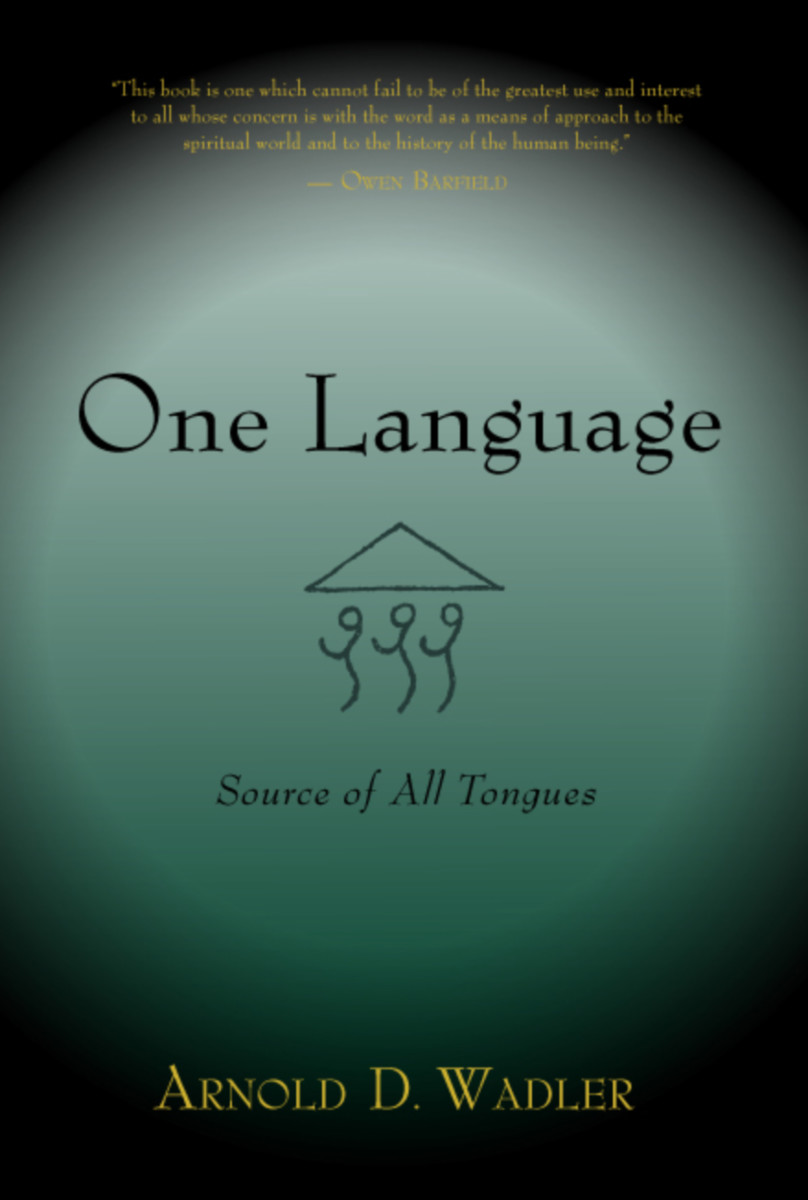 Source of All Tongues

From ancient times, we are told in the story of the Tower of Babel, human beings have been separated by different languages and, consequently, different cultures. Over the centuries, this division has increased and the distance between nations and peoples has prevented true communication and understanding. Gradually, mutations of meaning within single languages have further isolated individuals from one another. Toward the end of the twentieth century, however, a newly intensified consciousness arose—one that sought the basis of a new unity. This has resulted in, among other things, the budding globalization of world societies, economically, politically, and culturally.

Linguists and language historians have long searched for the source of our original unity—the one language from which we were separated. Inspired by a pamphlet on the origin of language by Hermann Beckh, and encouraged by his study of Rudolf Steiner’s works, Dr. Arnold D. Wadler began thirty years of devoted research into the tongues of various human families. In One Language, he lifts the veil from pre-Columbian America and reveals its place in the developing life of earthly human beings. Based on language and custom, ancient America can be seen as the key to the question of the common primeval tongue of the origin of humanity and modern civilization. His comprehensive grasp of the subject and his broad understanding of history, religion, art, and the science of language places this book among the classics of spiritual scientific literature.

Explanations
About the Author by Paul Marshall Allen
Author’s Note

1. The Tower of Babel
2. On the Origin of Speech
3. Unity of Speech in Asia and Europe
4. The Beginnings of English
5. People and Place Names of Antiquity
6. The Origin of Writing in Picture-Consciousness
7. The Story of Our Alphabet
8. Vowels and Consonants and their Role in Language
9. The Spirit of Words
10. The World-Unity of Speech
11. The Cradle of Humanity
12. Identical Words on Both Shores of the Atlantic
13. Identical Words on Both Shores of the Pacific
14. A Linguistic Bridge in the Atlantic
15. Linguistic Bridges in the Pacific
16. American Tongues and Universal Human Speech
17. The Lost Continent of Atlantis
18. The Migrations of Peoples
19. Man, Speech and Civilization
20. Language in the Past and Future

Dr. Arnold Dwight Wadler was born in 1882 and began his lifelong study of ancient and modern languages from an early age, with the purpose of discovering the common origin of all languages. His goal was to learn a language representing every linguistic family, including Germanic, Romance, Slavic, Semitic, Chinese, African, and pre-Columbian American vernaculars. Wadler was influence early on by Herman Beckh of Berlin University, a student of Rudolf Steiner. With the beginning of World War II, he left Germany and moved to Switzerland, where he published The Tower of Babel; Germanic Prehistory; and The Aryan Riddle. Wadler’s work, however, was controversial, and mainstream scholars of the time largely ignored and even suppressed his work. Nonetheless, his books sold well in Germany. He moved to France and then to Spain and Portugal before leaving Europe for New York in 1940. In 1942, Wadler was invited by the U.S. Bureau of Indian Affairs to visit “Indian Country,” which took him to New Mexico and Arizona. There he studied Native American culture, speech, and religion. He continued to write and lecture throughout his life.