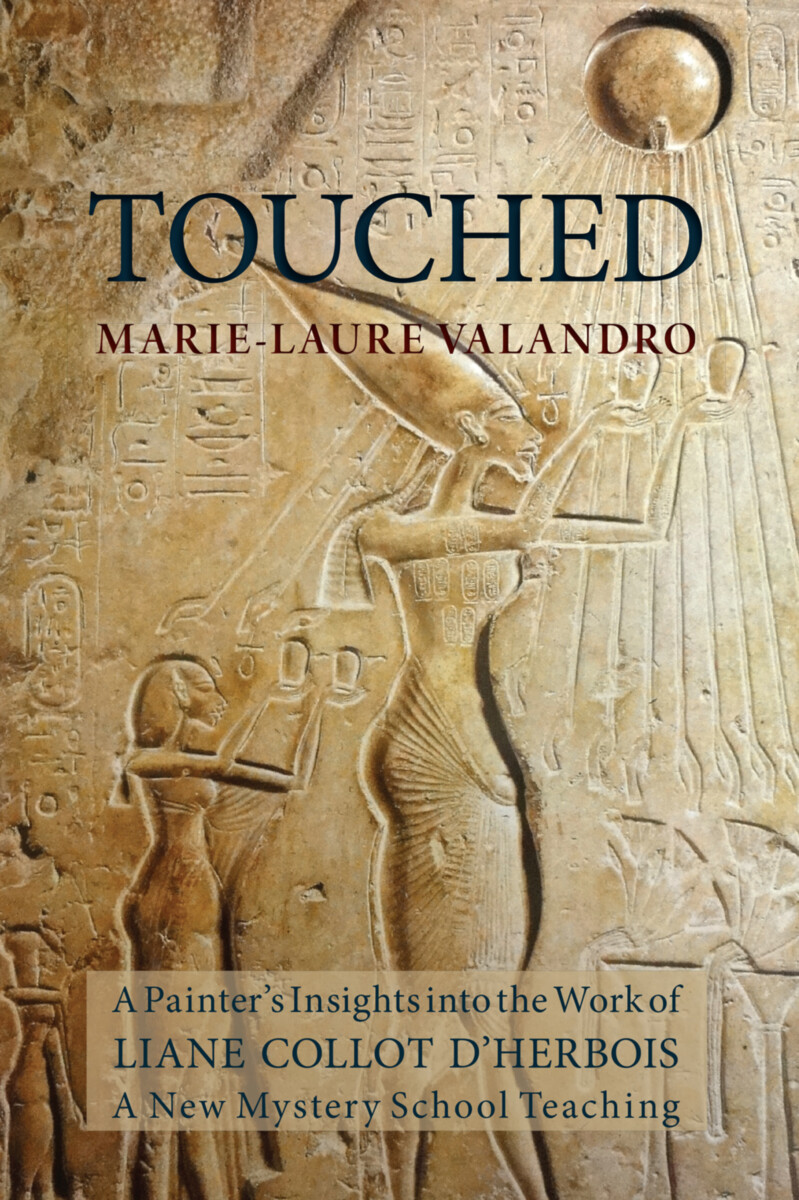 A Painter's Insights into the Work of Liane Collot d'Herbois

"One should try to see health and disease in light of the theory of color."
—Rudolf Steiner

This book is the result the of the author’s adventure in painting and work with Liane Collot d’Herbois (1907–1999), the well-known artist and therapist who worked in the tradition of Rudolf Steiner’s spiritual research. The author learned to surrender to the beings of color, to remove one’s self from the process, and to paint as "one would do mathematics," that is, in an orderly way.

The journey recorded in Touched takes the reader first to Tintagel on the Atlantic coast of Cornwall, England, where Liane Collot d’Herbois had lived as a child. In the early 1990s, the author first met Liane in Driebergen, The Netherlands, and began a journey of self-discovery through color. She recollects conversations with Liane, shares significant words from Steiner, Liane, and others, along with observations on her travels through England, Europe, Russia, Persia, and elsewhere.

Underlying the narrative is Marie-Laure’s more intimate journey into light and darkness and colors and the wise teaching of Liane Collot d’Herbois. She describes the effects of using charcoal to explore light and darkness, then moves on discuss colors individually and their effects, subtle and otherwise, while illuminating her text with the words of Rudolf Steiner and others and offering her own observations on artists and color.

Touched offers a sound and practical introduction to the world of light and darkness and color, as well as insights that will inspire experienced artists.

First Meeting
Return to Tintagel
Approaching Darkness and Light
Observations in Cornwall
Entering the Work of Liane Collot d’Herbois
Training in Light, Darkness, and Color
Love and Knowledge
Alchemy and the Fourth Dimension
Spiritual Beings and Perception
Interlude
Working with Our Hands
Light and Darkness, Heaven and Earth
Just Keep Working
Feet on the Earth

The Art of Colour and the Human Form
Seven Motif Sketches of Rudolf Steiner: Studies by Gerard Wagner

Spirit and Art
Pictures of the Transformation of Consciousness
OR