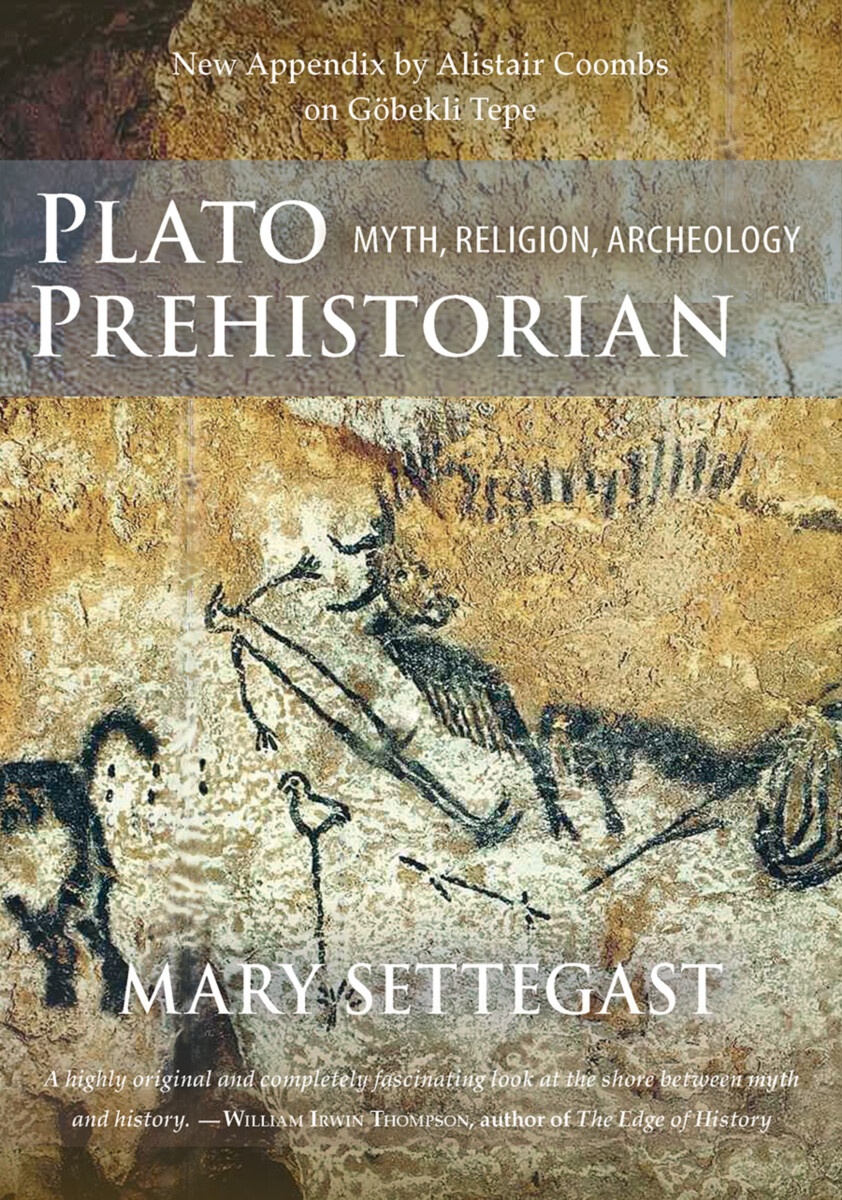 In his Timaeus and Critias dialogues, Plato wrote of two ancient civilizations that flourished more than 9,000 years before his time. Socrates accepted the account as true, and modern archaeological techniques may yet prove him right.

In Plato, Prehistorian, Mary Settegast takes us from the cave paintings of Lascaux to the shrines of Çatalhöyük, demonstrating correspondences both to Plato’s tale and to the mystery religions of antiquity. She then traces the mid-seventh millennium impulse that revitalized the spiritual life of Çatalhöyük and spread agriculture from Iran to the Greek Peninsula—at precisely the time given by Aristotle for the legendary Persian prophet Zarathustra, for whom the cultivation of the earth was a religious imperative.

This new edition of Mary Settegast’s ground-breaking synthesis of classical and archaeological scholarship features an appendix by Alistair Coombs on the recent excavations at Göbekli Tepe in southeastern Turkey, which have upended the conventional view of the rise of civilization.

“Fascinating and challenging … a useful, well-documented, and courageous effort to break away from the unilinear paradigm and to propose a new framework for the data of the Holocene.”

“Settegast’s unbiased approach contrasts with the usual process of automatically imposing modern standards on Plato’s account … well worth considering as part of a new model for the period from 10,000-5,000 BC.“

“The evidence [Settegast] assembles is exhaustive, multi-disciplinary, and provocative.
Her scholarship is solid and meticulously referenced; the conclusions are balanced; the prose is lucid and jargon-free. A valuable and original work.”

Mary Settegast (1934–2020) was born in Houston and educated at Berkeley and Columbia. She began writing in her my forties, when she became fascinated by the site of Catalhoyuk and moved to England to study with the late James Mellaart, the original excavator of that site. After writing several nonfiction books, in The Bear, the Bull, and the Child of Light she fictionalized an imagination of how one might have lived during late seventh millennium in Catalhoyuk, as Ian Hodder's new excavation techniques are overturning earlier assumptions about that settlement.

The Academy of Gondishapur
Aristotle on the Way to the Orient