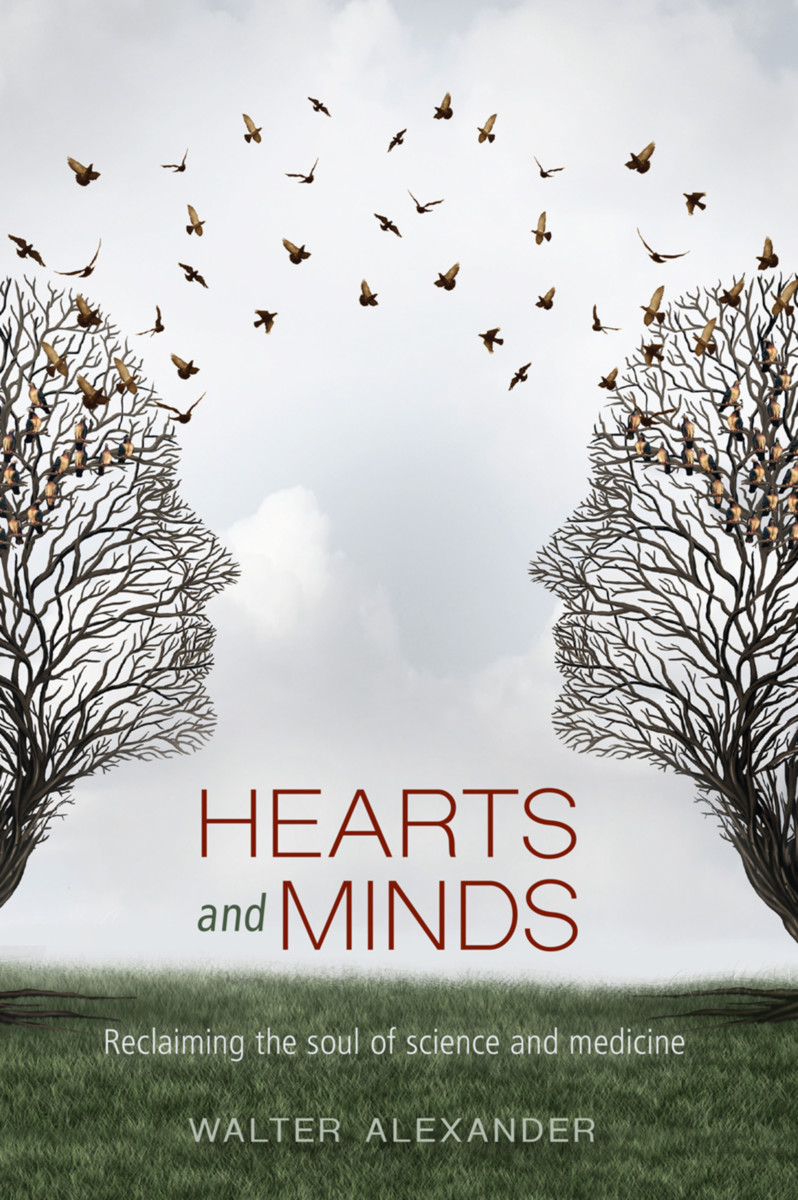 Reclaiming the Soul of Science and Medicine

“Some rare individuals are born with questions burning like torches. Purpose soon deﬁnes their every step. Others have an early path-deﬁning event that shocks them into awareness of issues that are both personally and societally consequent. The event organizes their future lives. For others, life’s course seems to drift—through error, work and study, love, illness, adventure and even catastrophe. But that seemingly aimless meander ﬁnally leads to inquiry. When pursued, it connects the disparate fragments, and previously unsuspected underlying forms emerge and shine. Hearts and Minds got its start this way.” — Walter Alexander

The great scientific revolution of the last five hundred years, with its technological glories and medical miracles, has landed upon a set of summary conclusions—or some slightly tweaked variations—depicting a random, indifferent, and wholly impersonal cosmos.

The world, we are told, is made up of particles and forces. Evolution, impelled by the single purpose of survival, is guided by chance through natural selection. DNA directs the chemical–mechanical unfolding of life. Consciousness and self, artifacts of the brain's firing neurons, are essentially inconsequential.

This is a picture that has been fraying at the edges for some time. Progress in medicine, quantum physics, open-systems biology, consciousness studies, epistemology, the arts and philosophy all point in a radically different direction. But fresh, coherent narratives have not yet fully emerged out of this progress, and so the old model stubbornly endures.

Hearts and Minds tells a tale of emerging discoveries—discoveries that restore our own self and consciousness as integral to the workings of the world.

1. Hamlet and the H-bomb
2. Mechanical Pump/Computer Brain
3. That Perception Fallacy Again
4. The Fallacy in the Stages of Human Evolution
5. Cut to the Chase
6. Real Science
7. It’s Time to Listen to the Dummy—What It Means when the Modest Placebo Speaks
8. Conscious? Fugeddaboudit!
9. Trouble in Billiard Ball Land
10. The Quiet Downfall Continues
11. Hearts—It’s in the Details
12. Legos or Layers?

13. Hamlet and the H-bomb
14. A Touch more on Magic Mushrooms/Worlding
15. Finally the Stool, but on Rollers

WALTER ALEXANDER, a New York City–based veteran medical journalist, covers clinical research across a range of specialties, including cardiology, oncology, and integrative medicine. After beginning in fiction and education, his writing career, as evidenced in Hearts and Minds (2019), reflects Walter's lifelong interests in his studies of the life sciences and medicine, astronomy, music, literature, the visual arts, epistemology, and consciousness.

Leadership Questions and Forms of Working in the Anthroposophic Medical Movement

Mistletoe and the Emerging Future of Integrative Oncology

Unlocking Your Self-Healing Potential
A Journey back to Health through Creativity, Authenticity, and Self-determination
OR