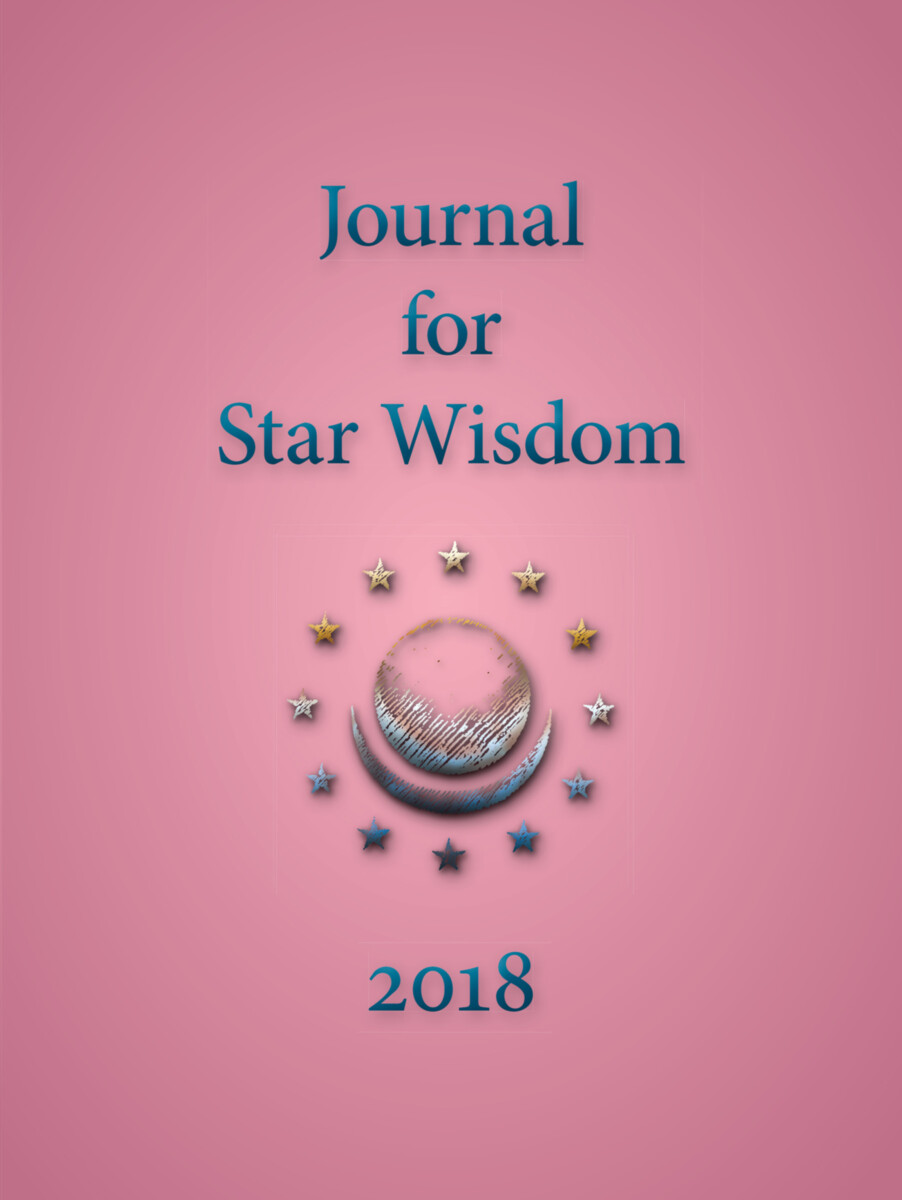 Journal for Star Wisdom 2018 includes articles of interest concerning star wisdom (Astrosophy), as well as a guide to the correspondences between stellar configurations during the life of Christ and those of today. This guide comprises a complete sidereal ephemeris and aspectarian, geocentric and heliocentric, for each day throughout the year. Published yearly, new editions are generally available beginning in October or November for the coming new year.

According to Rudolf Steiner, every step taken by Christ during his ministry between the baptism in the Jordan and the resurrection was in harmony with—and an expression of—the cosmos. Journal for Star Wisdom is concerned with these heavenly correspondences during the life of Christ and is intended to help provide a foundation for cosmic Christianity, the cosmic dimension of Christianity. It is this dimension that, by and large, has been missing until now from Christianity and its the two-thousand-year history.

Readers can begin on this path by contemplating the movements of the Sun, Moon, and planets against the background of the zodiacal constellations (sidereal signs) today in relation to corresponding stellar events during the life of Christ. In this way, the possibility is opened for attuning in a living way to the life of Christ, who is now—since the onset of his Second Coming in 1933—spiritually present in the etheric aura of the Earth.

In connection with the Second Coming, there is in this year’s journal an article by Robert Powell concerning the Apocalypse code and the year 2018—a year during which a new relationship between the angels and humanity is beginning. This is followed by a thematically related article by Claudia McLaren Lainson on the work of the angels in the human astral body, about which Rudolf Steiner spoke one hundred years ago in 1918. Estelle Isaacson’s article is titled “He Makes the Law Sweet through His Sacrifice.” Connecting onto this profound contribution from the life of Christ, the second article by Claudia McLaren Lainson in this issue is “The Breaking,” focusing upon the rise of new spiritual mysteries today. In this connection, a remarkable article follows, written by Joel Park, “The Cosmic Communion of Fish: The Rhythm of the New Jerusalem.” In addition, Julie Humphreys wrote the excellent article “Showers of Iron: The Power of Michael,” which approaches from a quite different angle the theme of new spiritual mysteries in our time, addressed in Claudia McLaren Lainson’s second article. Then follows a contribution edited by Joel Park: “Classics in Astrosophy, part I,” which will be continued in future issues of this journal.

Finally, the monthly commentaries, supported by Julie Humphreys’ astronomical previews for each month, are provided by Claudia McLaren Lainson, offering an opportunity to connect spiritually with the stellar configurations during the pivotal year of 2018. This direct interaction between the human being on Earth and the angels and other heavenly beings connected with the stars is intended to help the reader toward developing the capacity to receive the wisdom-filled teachings of the angelic hierarchies.