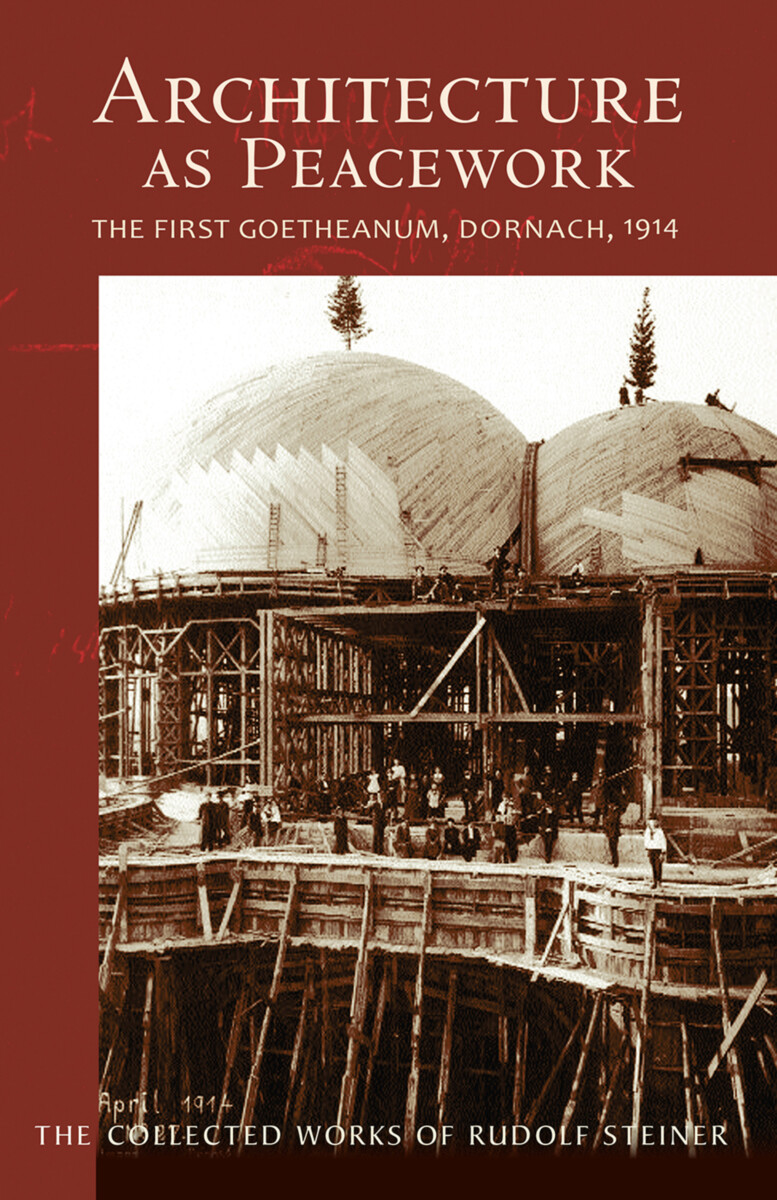 At the outbreak of World War I, August 1914, the construction of the singular architectural masterwork that would later be called the Goetheanum was well underway on a hill just above the village of Dornach in neutral Switzerland. A small international community had gathered the previous year to take part in this unique artistic building project under Rudolf Steiner’s direction. Once the war had begun, the mood and day-to-day life of Europe was instantly changed, and no less so amid this ad hoc spiritual and artistic community. Artillery could be heard in the distance, and many were recalled to their native countries for armed service. Soon, tensions among individuals of various nationalities who remained in Dornach arose.

This is the immediate background to these evening lectures in the woodworking building next to the construction site, just two months after the start of the war. Never announcing his intentions, and using the metamorphosing forms of the hand-sculpted wooden architraves resting on the columns inside the building itself as illustration, Steiner embarked on a convincing and heartfelt appreciation of the uniquely beautiful qualities of the various European cultures at war.

These lectures were given at a specific time and place to a particular audience. The intention was clear—to cultivate not merely tolerance of others, but even love and sincere appreciation. Such intentions are also needed today.

The Russian writer Andrei Bely was present at these talks, and later commented on them: “In light of his words we looked at each other with new eyes, the oppressive mood was transformed; other infections broke out later but the national fever was overcome once and for all. The members of the belligerent nations lived in peace from then on.”

This book is a translation based on the second German edition of GA 287, Der Dornacher Bau als Wahrzeichen geschichtlichen Werdens und ku¨nstlerischer Umwandlungsimpulse.

READ THE INTRODUCTION BY JOHN KETTLE

The Goetheanum
A Guided Tour through the Building, Its Surroundings, and Its History