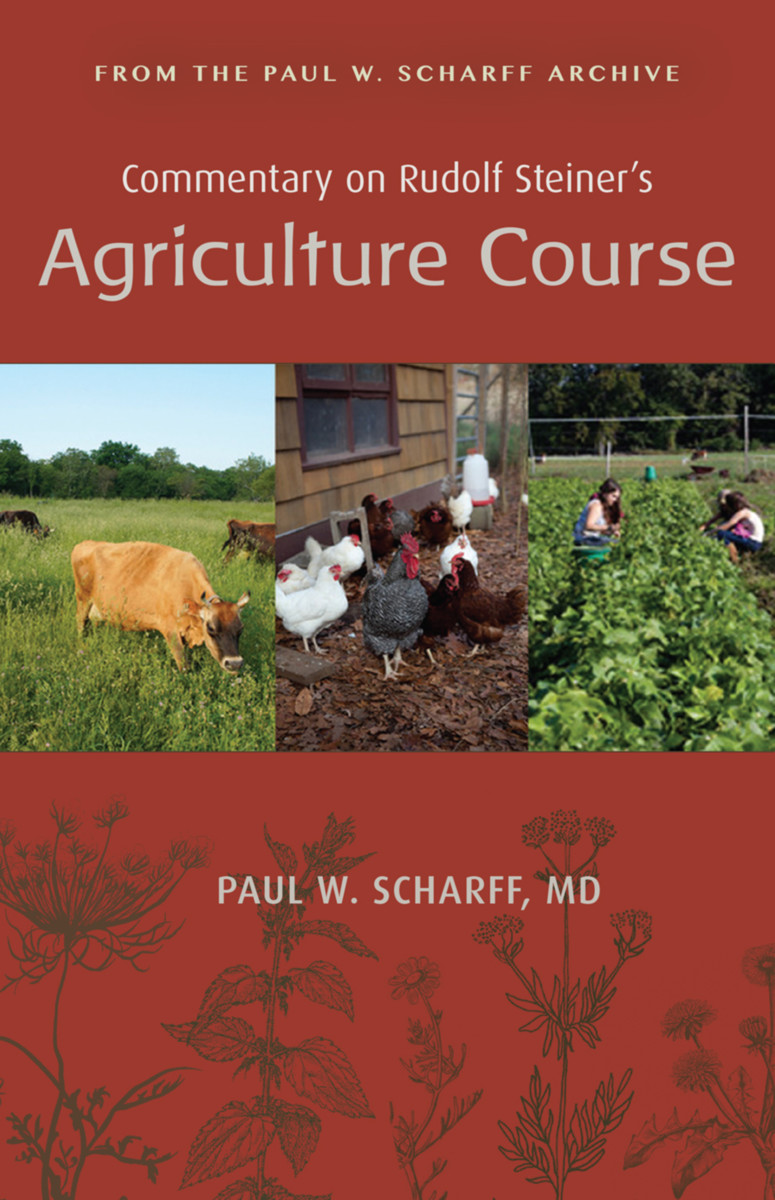 From the Paul W. Scharff Archive

In these eight lectures, Dr. Scharff offers a profound overview of biodynamic methods, including the philosophy and esoteric foundations, as well as the most practical matters. In lecture 5, for example, he delves deeply into the biodynamic preparations discussed by Rudolf Steiner in his Agriculture Course, exploring each one individually:

For those who are interested in or wish to practice biodynamic farming or gardening methods, this collection of eight lectures by Dr. Paul Scharff will become an invaluable companion and guide.

“Let us turn to the first lecture [of the Agriculture Course]. For a long time, I rather puzzled about the introduction. Rudolf Steiner begins by talking about the being of Anthroposophia. He indicates that what he is giving is actually a gift of this being. Most think of Anthroposophy as a body of knowledge, not as a spiritual being who imparts knowledge. The course thereby seems to be a product of the exchange between Rudolf Steiner and a spiritual being who gives the anthroposophical content out of the spiritual world.... Who is the being who carries the wisdom of the human being, can share this with initiates such as Rudolf Steiner, and then help us to understand the task of working with the earth, enculturating the earth? How can this being help evolve a new agriculture?” (lecture 1)

“As we open the Agriculture Course to contemplate the earth, we immediately come upon the problem of economics. We can close the course by contemplating the cancer of the human organism and the cancer of the economic process, the unfolding of useless production and overproduction. On the one hand, there is overproduction and cancer. Such is the northern evolving economic world. On the other hand, in the third world and undeveloped countries there is stagnation, a dreaming, an unfolding of dream-heads that cannot unfold the earth. The intellect of the West, the potato head, will try to go to the undeveloped countries to unfold new economic processes. The problem will be that there will be a tendency to use the same type of intellect and the same type of economic thinking that will lead to an overproduction and a wasting and draining of the earth’s resources that have not been developed. We see this already with the destruction of the rainforests, and the introduction of high-tech agriculture in third-world countries. Fortunately, a few are waking to the problem. Hopefully in what is given in this course we can find a way for a proper unfolding in the third world countries.” (lecture 8)

PAUL W. SCHARFF, MD (1930–2014), spent a lifetime with Anthroposophy. When he was six years old, Ehrenfried Pfeiffer visited to advise the Scharff family on aspects of caring for their farm, which included making preparations together. Thirty years later, in 1966, Paul and Ann Scharff founded the Fellowship Community to address the question of eldercare in the context of Anthroposophy and community. Today, with 130 people, it is a place where young and old live together, sharing in life and work. Over the ensuing years, Dr. Scharff studied the esoteric works of Rudolf Steiner and applied what he found toward new ways of approaching eldercare and practical life in general, including agriculture, medicine, and social forms. The many essays and lectures from his life of anthroposophic study and practice are available online in a dedicated archive.

Agriculture
Spiritual Foundations for the Renewal of Agriculture (CW 327)

Agriculture Course
The Birth of the Biodynamic Method (CW 327)

The Agriculture Course, Koberwitz, Whitsun 1924
Rudolf Steiner and the Beginnings of Biodynamics

Sacred Agriculture
The Alchemy of Biodynamics