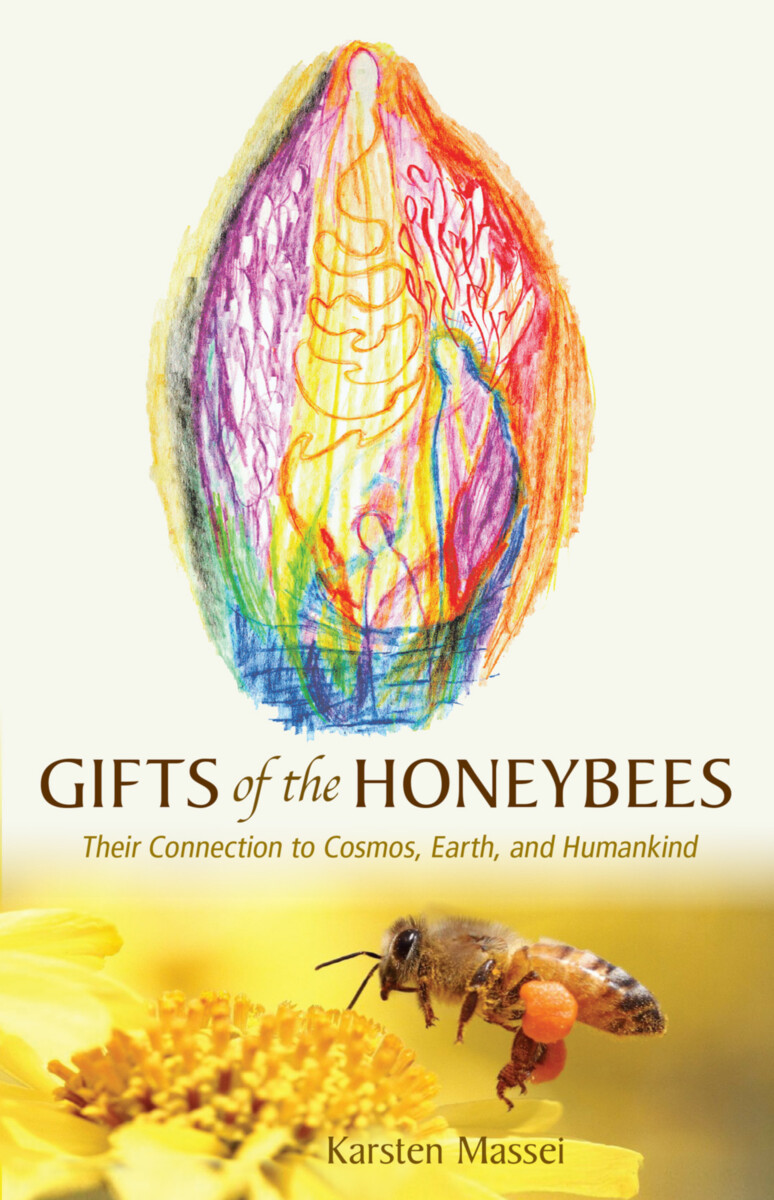 Gifts of the Honeybees

Their Connection to Cosmos, Earth, and Humankind

“When studying honeybees, one will find that they are creatures whose secrets are not easily elicited. A bee colony is an extremely complex entity. It consists of many thousands of individuals who have the ability to respond wisely to a wide variety of circumstances. To this day, it is not clear how they achieve this. In fact, one could say that a bee colony is imbued with an incomprehensible wisdom that encompasses each individual bee and ensures that the colony remains viable despite ever-changing living conditions.” — Karsten Massei

With Gifts of the Honeybees, Karsten Massei presents the fruits of years of careful intuitive research into the spiritual and elemental reality of honeybees. Karsten’s sharing of his ongoing dialogue with the inner being of the bees gifts us with surprising insights, giving us the opportunity to look at the world of bees, and ourselves, with different eyes.

There has been a great deal of research and speculation about the reasons why bees are dying. The causes are varied, but there is no doubt that all causes ultimately lead back to human activity. Technical and economic development that began in the nineteenth century has increasingly led to dealing with the beings of nature disrespectfully and in a way that is destructive to life on earth.

The spiritual beings that are connected with the life of bees, and whose messages are shared in this book, unequivocally voice that the plight of bees is actually the plight of human beings. They ask us to finally “wake up” to the spiritual reality of our world and the already evident consequences if we do not.

Gifts of the Honeybees is a translation from German of Die Gaben die Bienen (Futurum Verlag, 2014). Cover art by Karsten Massei: Honeybees as Messengers of the Spiritual World.

I. Spirits of the Animals

II. My Path to Honeybees

III. Elemental Beings of the Hive

Being of the Drones
Drone Congregation Areas
Importance to the Colony

VIII. The Being of the Great Bee

The Great Bee and the Earth
Substances of Honeybees

Archetype of the Beehive
Birth of a Colony: The Swarm
Swarm Cluster
Moving In
Twelve Aspects of a Bee Colony
Essence of Honey
Bee Venom
Honeycomb
Warmth
Spiritual Earth

About the Illustrations
Notes

Karsten Massei was born in 1963 in Berlin. He started out by studying political science and then decided to train in Switzerland as a curative, or therapeutic, educator and is now a class teacher in a curative day school. He also gives courses and seminars on the practice of suprasensory perception and leads tours focusing on the experience and care of the many kinds of landscapes and life spaces of the Earth. In addition, Karsten Massei is active with biography and life counseling and supports therapists with suggestions to improve their work. He currently lives in Zürich.

Sensitive Beekeeping
Practicing Vulnerability and Nonviolence with Your Backyard Beehive

The Spiritual Foundations of Beekeeping

Toward Saving the Honeybee
OR