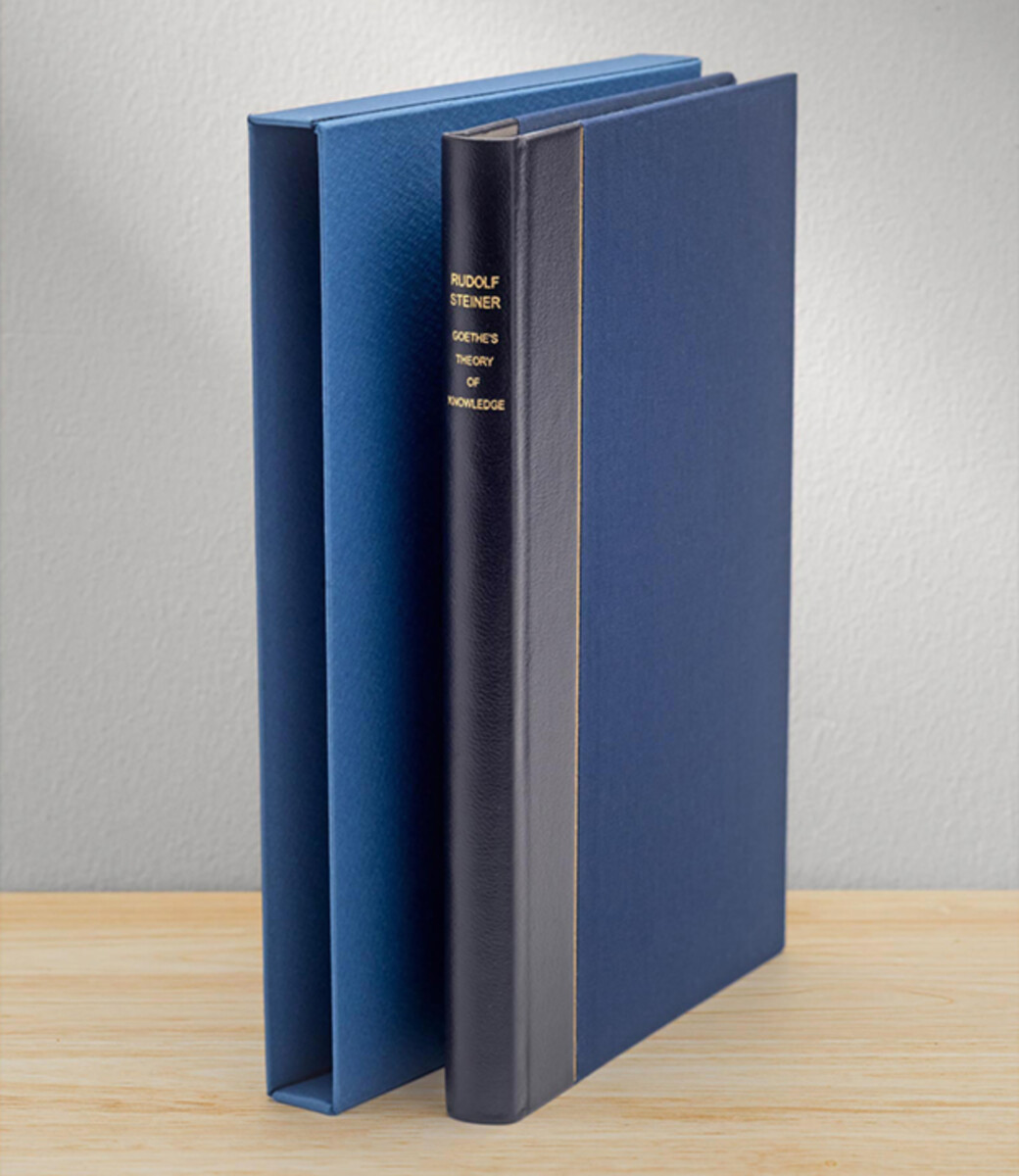 With Special Reference to Schiller (CW 2)

As the editor of Goethe’s scientific writings during the 1880s, Rudolf Steiner became immersed in a worldview that paralleled and amplified his own views in relation to epistemology, the interface between science and philosophy, the theory of how we know the world and ourselves. At the time, like much of the thinking today and the foundation of modern natural science, the predominant theories held that individual knowledge is limited to thinking that reflects objective, sensory perception.

In this concise volume, Steiner lays out his argument for this view and, moreover, begins his explication of how one goes beyond thinking to the observation of thinking itself.

Goethe’s Theory of Knowledge is essential reading for a deeper understanding of Rudolf Steiner’s seminal work, The Philosophy of Freedom.

The Chadwick Library Edition represents an endeavor to republish—mostly in new or thoroughly revised English translations—several written works of Rudolf Steiner. The edition is named for the late horticulturist Alan Chadwick, whose life and work has served as inspiration to the small group from which the idea originated. Our extensive experience with special bindings led to the selection—for this “trade edition” of 750 books—of a leather spine binding, cloth sides, and a light slipcase. For the hand-numbered edition (100 books), the binding is full leather with a hand-gilt top of the pages in a fine, stiff, cloth-covered slipcase. The leather is blue calfskin, and the title stamping on the spines is in genuine gold leaf. All of this is being carried out by hand at one of the finest binders, Ruggero Rigoldi.

Goethe and the Power of Rhythm
A Biographical Essay

The Time Is at Hand!
The Rosicrucian Nature of Goethe's Fairy Tale of the Green Snake and the Beautiful Lily and the Mystery Dramas of Rudolf Steiner