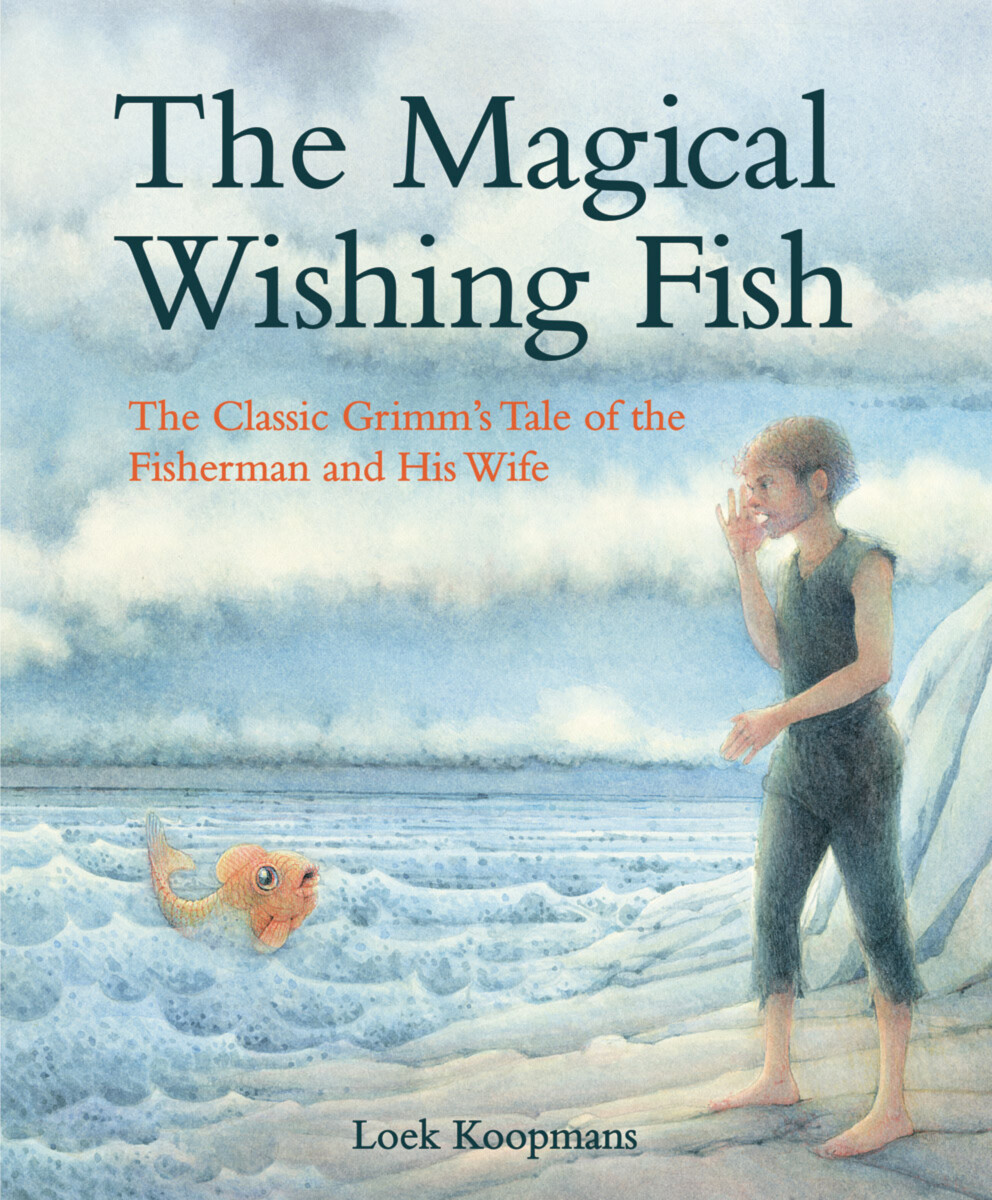 The Classic Grimm’s Tale of the Fisherman and His Wife

One day a poor fisherman catches a fish that says he’s an enchanted prince and begs to be set free. But when the fisherman tells his wife the story, she demands that the fish grants a wish in return.

The magical wishing fish grants them a new house, riches and power. But as his wife’s requests become more and more extreme, the kindly fisherman starts to wish only that they were as happy as they’d been when they were poor.

This classic Brothers Grimm tale of being careful what you wish for is beautifully brought to life with soft, detailed illustrations by Loek Koopmans.

A wonderful new adaptation that brings light-hearted humour and warmth to the traditional morality tale of the fisherman and his wife; a story retold throughout the world.