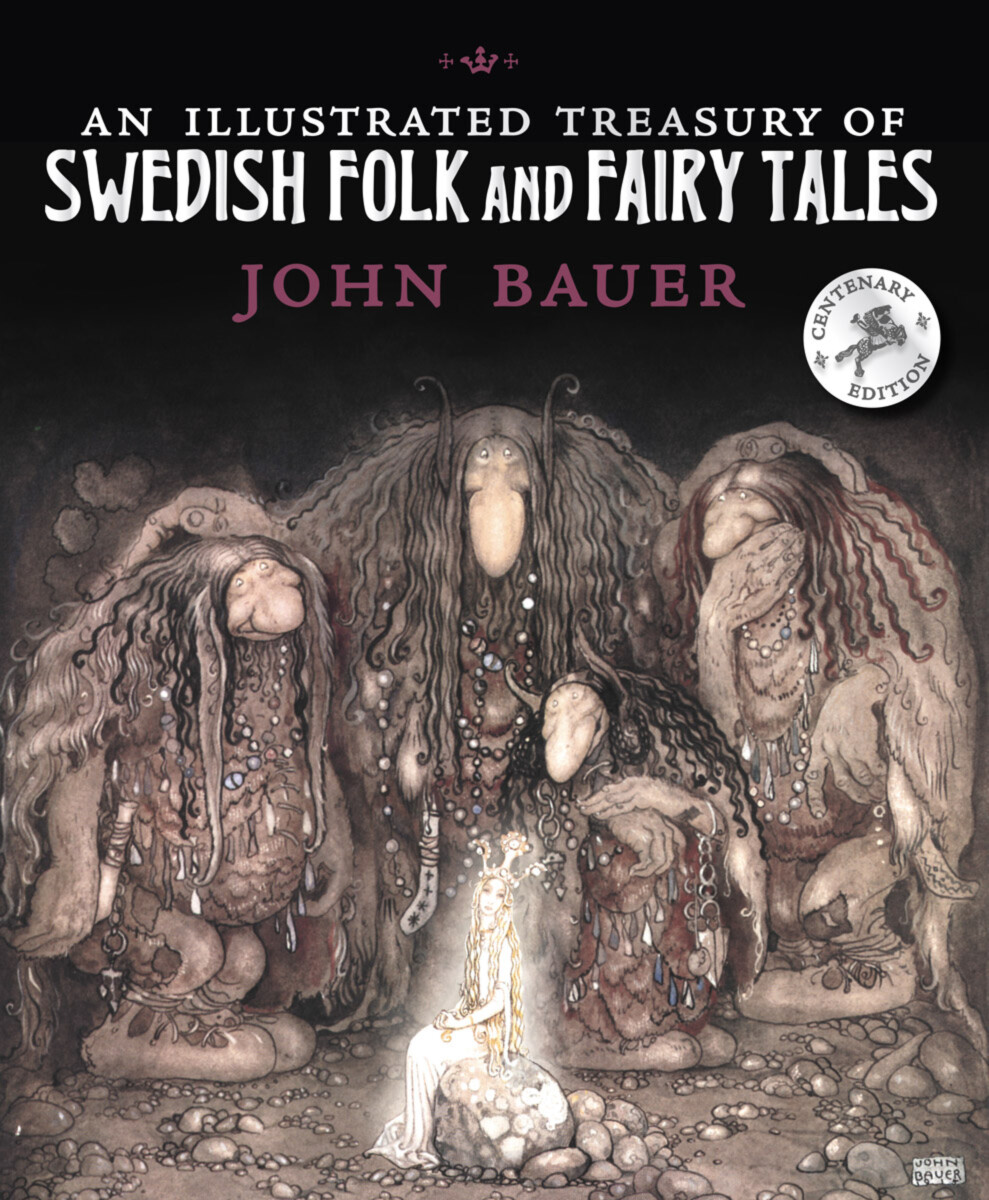 An Illustrated Treasury of Swedish Folk and Fairy Tales

A new centenary gift edition of the much-loved collection of folk and fairy tales from Sweden, illustrated by acclaimed artist John Bauer.

John Bauer's art—renowned for its detail, character and subtle humor—has never looked more luminous and evocative than in this gorgeously produced edition. Twenty extra pictures have been added along with a wonderful illustrated biography of Bauer, celebrating his work and life one hundred years after his premature death. The book has a foiled cover and ribbon marker, perfect for gifting

This treasury will be cherished for generations to come and loved by children, parents and grandparents alike.

“Tales of trolls and kings, princesses, magicians and giants are illustrated by the acclaimed Swedish artist, John Bauer. His stylized images seem to suggest the universal...they are extremely evocative. His use of muted tones means his rare flashes of color—bluebells, or a golden-haired princess—seem to illuminate his dark forest scenes with a magical glow. His big-nosed, good-natured trolls are also a delight (fans of Brian Fround's Dark Crystal will adore them). Adults will enjoy these pictures just as much as children.” —Dawn Casey, Armadillo

“...real storytelling. The stories represent a hitherto neglected tradition of fairy tale, in bright readable English, which the added bonus of Bauer's pictures for those who respond to the strength of his compositions and the humor of his line.” &mdashBooks for Keeps

“John Bauer is one of the world's greatest illustrators of fairy tales. His precise and beautiful work has been compared with that of Durer and Holbein. This book will appeal equally to both children and adults.” —Folk & Fairy Tales: A Book Guide, Booktrust

“Bauer's characteristic world of lakes, mountains, caves and trees is dark and shadowy, but often broken by bright beams of light. Sometimes the light shines forth from a particular person—a long-haired princess or a tiny innocent child. Sometimes it radiates from a flying horse or the moon in the sky. But never far away are the trolls, knobbly, clumsy-looking creatures with beady eyes and great fat noses. They are like embodiments of the land itself, knobbly and knotty and gnarled.” —Mary Medlicott, School Librarian

About the Authors
Acknowledgments

John Bauer (1882–1918) was a highly acclaimed Swedish artist. Influenced by Anders Zorn and Carl Larsson, as well as the fantasy work of Arnold Bocklin, he started illustrating fairy stories while still a student at the Swedish Royal Academy. His best-known illustrations were for an annual Christmas book for children, Bland Tomtar och Troll (Among Elves and Trolls), which delighted readers with their gentle humor and delicate detail. Bauer died at the age of thirty-five, when he, his wife, and their three-year-old son were drowned when their ferry sank in Lake Vattern.

An Illustrated Collection of Fairy Tales for Brave Children

An Illustrated Treasury of Hans Christian Andersen's Fairy Tales
The Little Mermaid, Thumbelina, The Princess and the Pea, and many more classic stories

An Illustrated Treasury of Scottish Mythical Creatures
OR