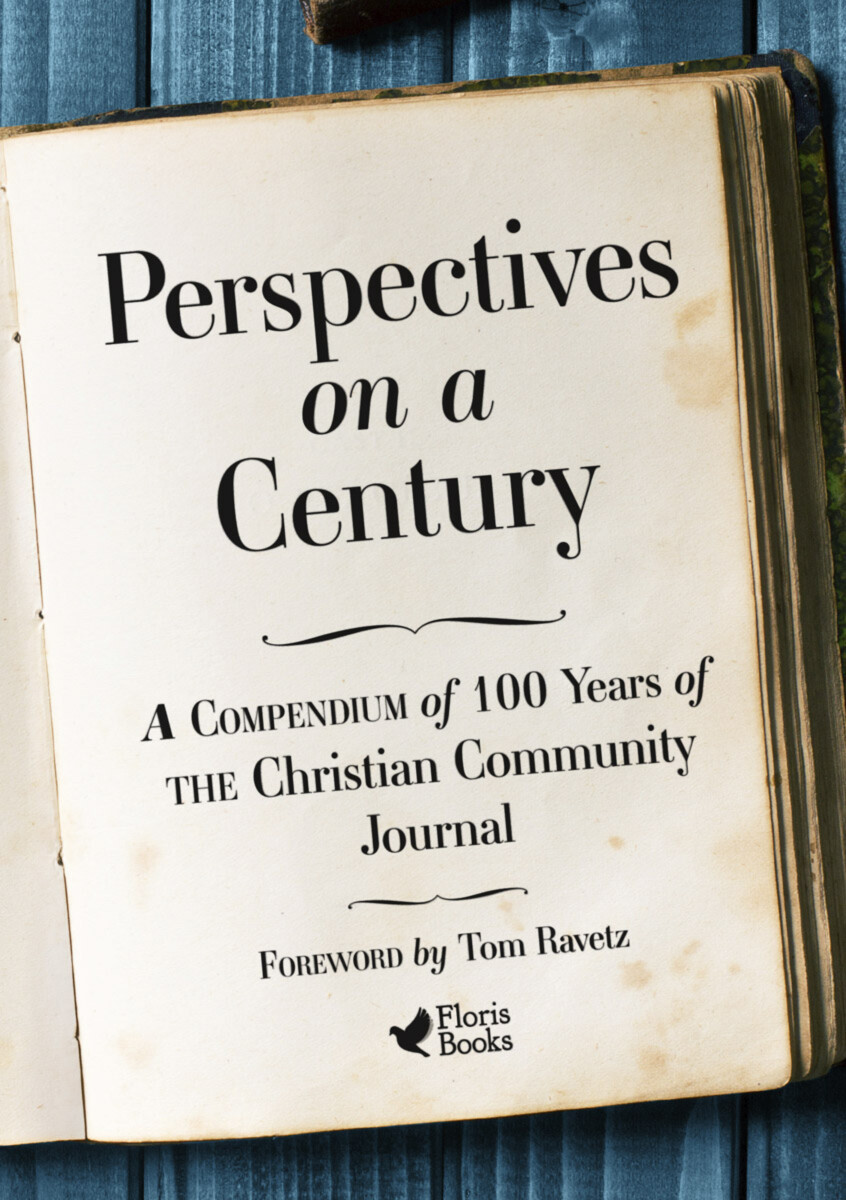 Perspectives on a Century

A Compendium of 100 Years of The Christian Community Journal

A century ago in central Europe, a small group of Rudolf Steiner’s theology students—with the help of Steiner himself—established The Christian Community as a movement for religious renewal. From its beginning, they published a regular journal of articles from the movement’s key figures (including Emil Bock, Evelyn Capel, Alfred Heidenreich, and Rudolf Frieling) as a way to share knowledge and insight and to develop ideas and practice.

Published in celebration of the centenary of The Christian Community, this landmark compendium gathers a wide-ranging selection of important articles that span one hundred years of The Christian Community’s journal, from 1922 to 2022. The articles include contemplations on the Bible and festivals of the years; essays on the lives and work of artists and writers; and explorations of ideas about science, the natural world, and the Earth as a living entity.

This fascinating collection shows the changing concerns of a growing community, from its early pioneering days through the turbulent early decades and World War II, to its place in our modern, globalized society.

2010s
Mary, Sophia and the New Advent of Christ (Patrick Kennedy)
Fighting the Stigma of AIDs in Uganda (Deborah Ravetz)
The Spiritual Hierarchies and Our Relationship to Them (Michael Kientzler)
Homosexuality and the Bible (Paul Corman)
Why Did God Create Moths? (Yaroslava Black)
Seize the Day: Reflections on Brexit (Luke Barr)
Bursts of Light in the Darkness: Violence in the Light of Anthroposophy (Michael Chase)

2020s
Paul and Christ (Cynthia Hindes)
Transforming Evil: Understanding, Confrontation, Redemption (Bastiaan Baan)
Is the Earth a Living Body? (And if So, Whose Is It?) (Peter Skaller)

Nature Contemplations
Through the Christian Year