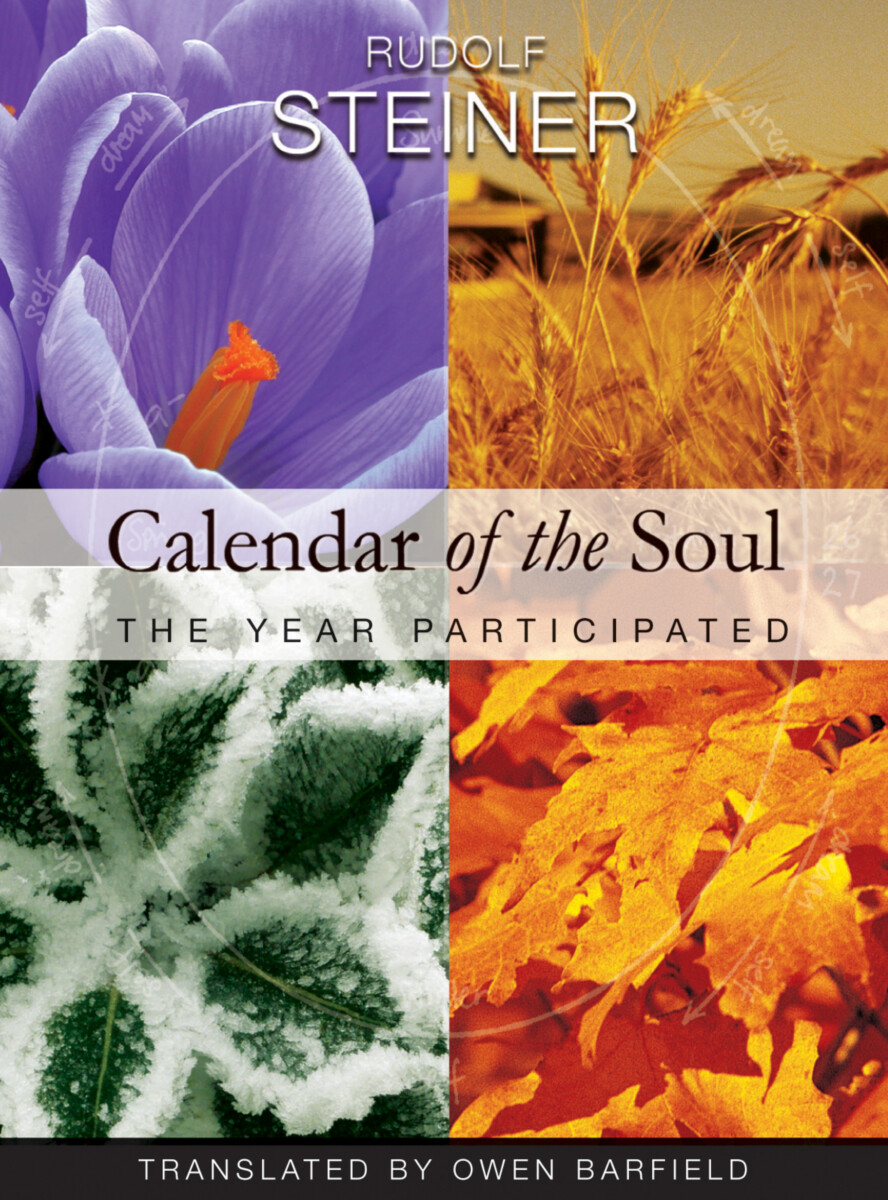 Calendar of the Soul

In listening to the changing language of the year, said Rudolf Steiner, we can rediscover our individual nature. These meditative verses—one for each week of the year—help awaken a feeling of unity with nature while also stimulating self-discovery. Through intensive work, Steiner’s unique meditations will lead to a greater feeling of unity with the surrounding world.

This budget-priced pocket version features Owen Barfield’s pioneering translation— “paraphrased for an English ear” —based on more than fifty years studying this text. As Barfield asserts, no simple translation can convey the real thrust of these verses. Because of this, he tries to “suggest” rather than simply reproduce the original in exact English translations.

The Calendar of the Soul is a translation of “Anthroposophischer Seelenkalender,” included in Wahrspruchworte (GA 40).