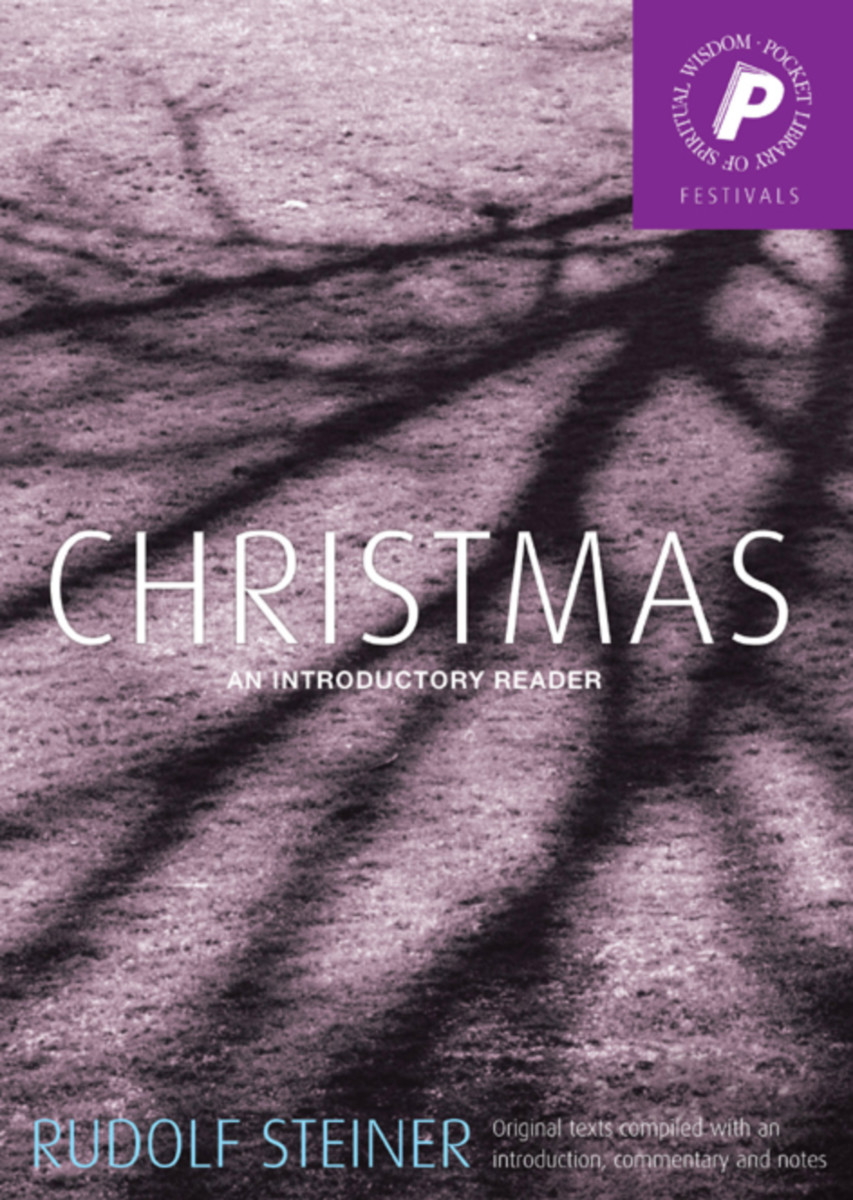 Rudolf Steiner, the multifaceted genius of the twentieth century, contributed much to the renewal of world culture. In addition to his philosophical teachings, he offered ideas for the development of many practical activities, including education, agriculture, medicine, economics, architecture, science, religion, and the arts.

Steiner’s original contribution to human knowledge was based on his ability to conduct “spiritual research,” the investigation of metaphysical dimensions of existence. With his scientific and philosophical training, he brought a new systematic discipline to the field, allowing for conscious methods and comprehensive results. A natural seer from childhood, he cultivated his spiritual vision to a high degree, enabling him to speak with authority on previously veiled mysteries of life.

This introductory reader collects excerpts from Steiner’s many talks and writings on the significance of Christmas. This volume features an editorial introduction, afterword, commentary, and notes by Matthew Barton.

CHRISTMAS IN A GRIEVOUS AGE

1. Can We Celebrate Christmas?
2. Christ beyond Strife
3. Empty Phrase or Inner Peace?

CHRISTMAS AND THE EARTH

4. Christmas Play Traditions
5. Earth Holds Its Breath
6. Music and Form: Midsummer to Midwinter
7. Connected to All the Universe

DELVING TO THE CORE

8. Christmas Initiation: Seeing the Sun at Midnight
9. Love, the Greatest Power
10. From Paradise to Golgotha: The Thirteen Holy Nights
11. The Dream Song of Olaf Åsteson

THE CHILD AND THE TREE

12. The Jesus Child
13. The Golden Legend
14. Innocence and Experience

TOWARD A NEW CHRISTMAS

15. Past, Present, and Future
16. Reverence as a Healing Force
17. Shepherds and Magi: Two Ways of Knowing
18. From Birth to Rebirth
19. Christ Born within Us
20. The Calyx of Mary, the Blossom of Jesus, the Seed of Christ