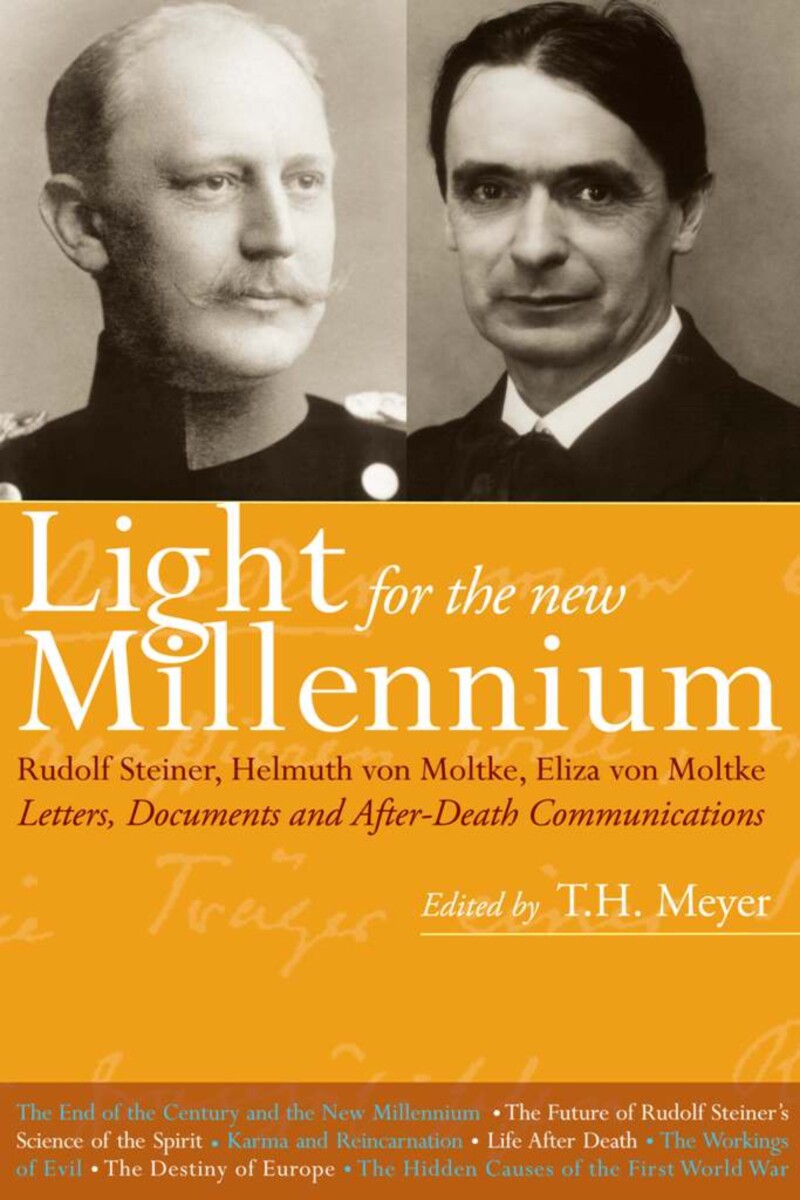 Light for the New Millennium

Containing a wealth of material on a variety of subjects, Light for the New Millennium tells the story of the meeting of two great men and their continuing relationship beyond the threshold of death: Rudolf Steiner (1861-1925)—the seer, scientist of the spirit, and cultural innovator—and Helmuth von Moltke (1848-1916)—a renowned military man, Chief of the General Staff of the German army during the outbreak of World War I.

In 1914, following disagreements with the Kaiser, Moltke was dismissed from his post. This led to a great inner crisis in the General, that in turn drew him closer to Steiner. When Moltke died two years later, Steiner maintained contact with his excarnated soul, receiving communications that he passed on to Moltke’s wife, Eliza. These remarkable and unique messages are reproduced here in full, together with relevant letters from the General to his wife. The various additional commentaries, essays and documents give insights to themes of continuing significance for our time, including the workings of evil; karma and reincarnation; life after death; the new millennium and the end of the last century; the hidden causes of World War I; the destiny of Europe, and the future of Rudolf Steiner’s science of the spirit.

Also included are Moltke’s private reflections on the causes of the Great War ("the document that could have changed world history"), a key interview with Steiner for Le Matin, an introduction and notes by T. H. Meyer, and studies by Jürgen von Grone, Jens Heisterkamp and Johannes Tautz.