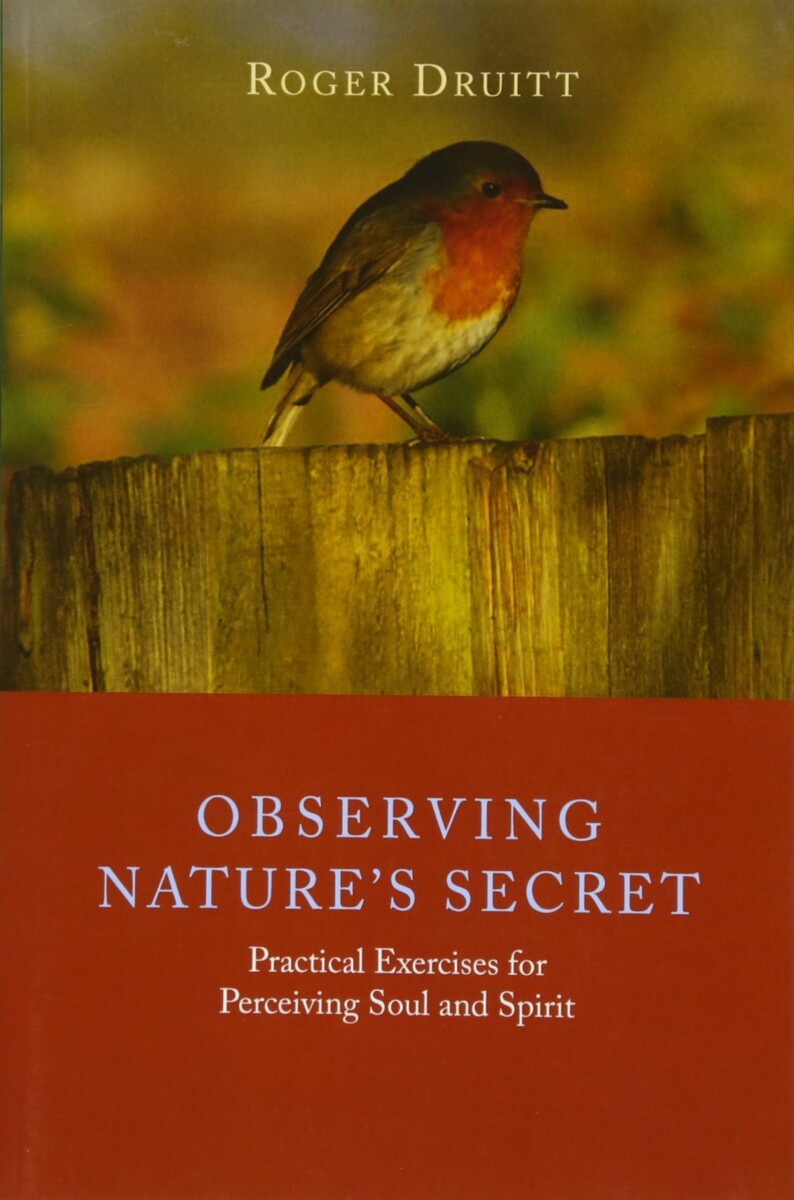 “[Students] should look at the world with keen, healthy senses and quickened power of observation, and then surrender to the feeling that arises within.... This feeling penetrates the superficial aspect of things and in so doing touches their secrets.” —Rudolf Steiner

How can we progress from the ordinary, everyday vision of the senses to perception of the subtle life and spiritual forces around us—the very forces that shape nature?

Basing his work on the research of Goethe and Rudolf Steiner, Roger Druitt begins with a fundamental question: What can you see? He presents a series of practical exercises for observing nature that, through diligent practice, allow the maturation of subtle capacities of perception. Considering multiple species of leaves, for example, leads to the concept of “leaf” itself. After this basic groundwork is established, we can take steps toward comprehension of further aspects, such as metamorphosis, gesture, and type.

Druitt demonstrates how this method—what he calls “anthroposophicalphenomenology”—can be applied to other fields of nature observation, opening the way for its use in all areas of life. In each case, whether working with bees, rocks, stars, or color, he shows how we can access the “individuality” manifested in what is studied. Through a thorough step-by-step process weare led to the ultimate task—redeeming the beings of nature and of the Earth itself.

Roger Druitt was surrounded by nature as a boy, growing up on a farm. Since the age of three he has wanted to understand the world and was fortunate to meet Anthroposophy in his teens. He studied mathematics at Cambridge, graduating in Economics, and worked in computing. He discovered the Anthroposophical Society and The Christian Community in the 1960s and has enjoyed the inspiration of both movements ever since, teaching widely on aspects of nature observation and connecting to the hidden spirit. He is also the author of Festivals of the Year: A Workbook for Re-enlivening the Christian Festive Cycle. Roger lives in Sussex and has four adult children, many grandchildren, and thousands of bees.