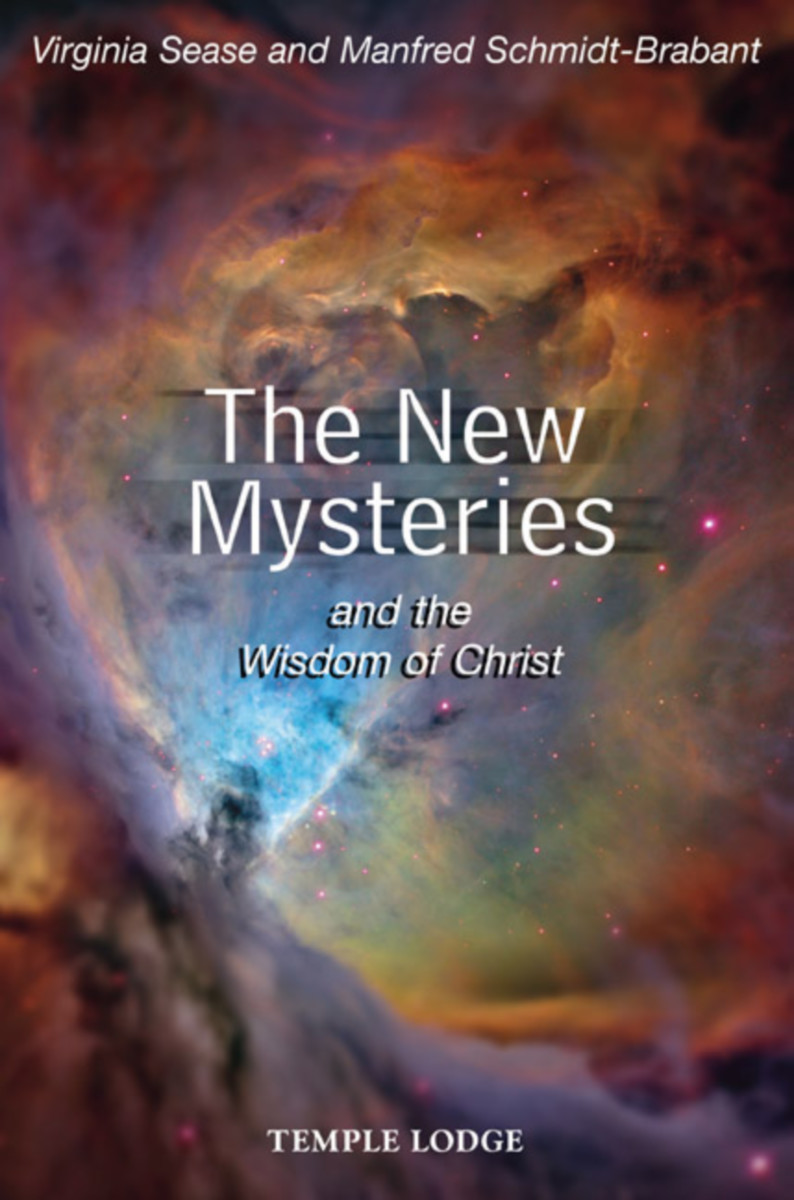 And the Wisdom of Christ

“Christianity is not a matter of a religion or even a denomination; it is not a question of a particular culture. Christ is there for all humanity.” (from the book)

In the old mystery cultures, individuals experienced themselves as “children” of the gods, or even as their instruments. According to Rudolf Steiner’s spiritual science, the birth of independent thinking did not arise until our present state of consciousness—the awareness of one’s individual self. But who is this “I”?

Virginia Sease and Manfred Schmidt-Brabant maintain that true self-knowledge is intimately related to knowledge of the central being of world evolution—Christ, the “I AM.” Focusing on the being of Christ and on Christianity, the authors present a series of engaging lectures on the development of mystery wisdom today. Having given an overview of the history of the mysteries in their book Paths of the Christian Mysteries, the authors deepen and expand their study by drawing particular attention to the effect of the “Christ mysteries.”

Some essential themes of this new volume include the transformation of conscience, the place of prayer and meditation, and the significance of sacrifice today.

1. The Consciousness Soul and Christ Knowledge
2. Prophecy in the Old Testament, the New Testament, and Anthroposophy
3. The Order of the Essenes, Jesu ben Pandira, Jesus Christ, and the Third Millennium
4. The Life of Christ Jesus in the Context of Ancient Mystery Religions
5. Transformations in Prayer and Meditation Resulting from the Mystery of Golgotha
6. The World of the Gods in the Old Mysteries and the Spiritual Hierarchies
7. The Development of Conscience in Pre-Christian Times and since the Mystery of Golgotha
8. The Cosmic Being of Isis Sophia—Christ Paths of the Middle Ages
9. Mystery Impulses in the Life and Work of Great Christian Women
10. Logos and Anti-Logos—Sorat, the Sun Demon, and the Counter-world of the Trinity
11. Religion and Knowledge in the Age of the Consciousness Soul
12. The Creation of the New Christianity in the Supersensible Cultus of the Nineteen Century