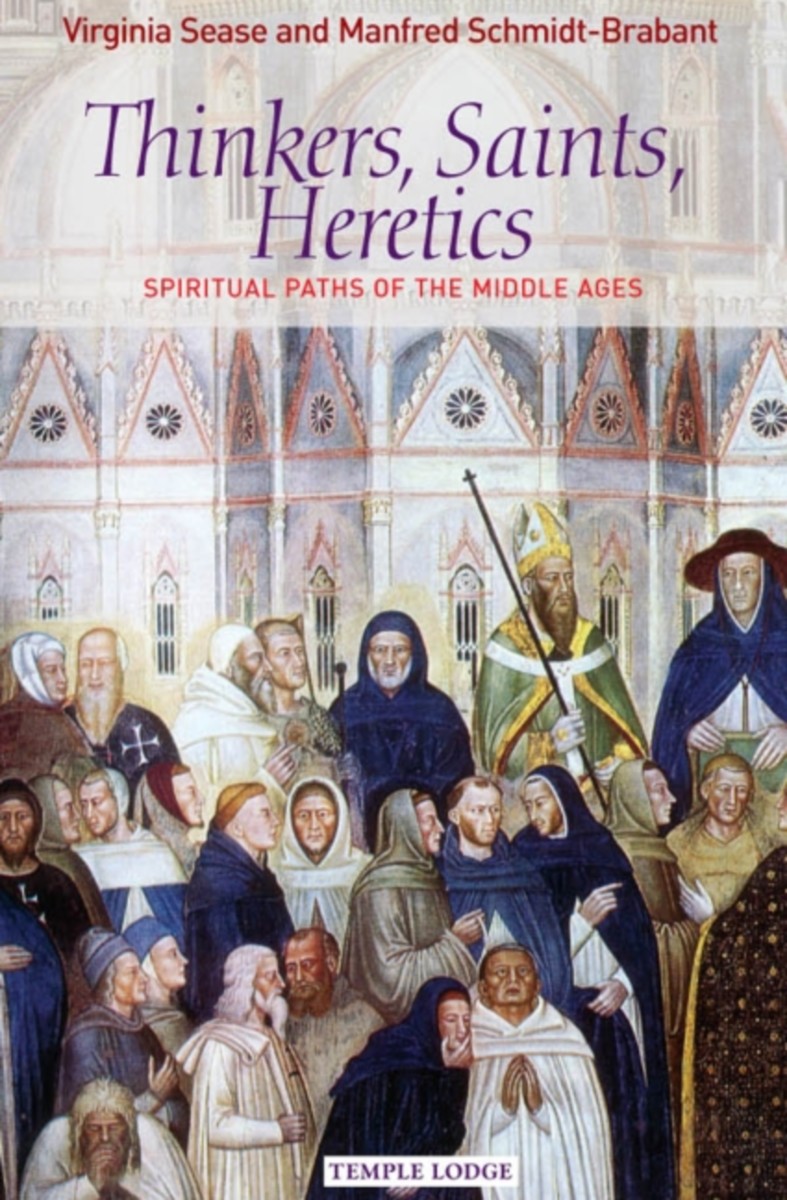 Spiritual Paths of the Middle Ages

“Whether souls have returned in physical incarnations as Platonists, as Aristotelians, as pupils of Chartres, as members of the Dominican Order, as Templars, as Cathars, or whether these souls accompany us as spiritual beings, a stream of spiritual continuity that begins in the Middle Ages flows through human history.” — Manfred Schmidt-Brabant

Why do people today look back to the Middle Ages with such interest? Are those times related in some way with the present? In this enlightening series of lectures, Manfred Schmidt-Brabant and Virginia Sease suggest that our sense of self depends on creating a true relationship to the present age. To do this, however, we must understand the spiritual roots of our time. The authors suggest that those roots may be found in the Middle Ages. The impulses that originate from that time continue to flow into the present, helping to shape our thinking, feeling and actions. Even the history of Europe is determined largely by the thinking of people during the Middle Ages, which has endured to be believed and fought over. This emerges today in individual consciousness as well as in the fabric of our communities.

To help us undersatnd this critical period, the authors embark on a broad historical survey of the culture and history—exoteric and esoteric—of the Middle Ages. Their journey takes in King Arthur and the Celtic mysteries; Francis of Assisi, the Franciscans and the School of Chartres; Thomas Aquinas, Averroes, and the Dominicans; Cabbala and Jewish mysticism; heretics and the Cathars; Templar secrets; spiritual alchemy and Gothic architecture; Columbus and the mysteries of America; and the consciousness soul and the historical figure of Faust.

1. Historical Symptomology—Mystery Impulses in the Middle Ages
2. King Arthur and the Celtic Mysteries
3. Francis of Assisi and the Colchian Mysteries
4. Alanus ab Insulis, the Inner Teachings of the School of Chartres
5. The Seven Liberal Arts as the Path of the Soul to the Spirit
6. Thomas Aquinas and Aferroes
7. Medieval Imaginations of Hell, the Devil, and Resurrection
8. Cabbala and Jewish Mysticism in the Middle Ages
9. Joachim of Fiore, the Realm of the Holy Spirit, and the Cathar Question
10. Templar Secrets in Dante’s Divine Comedy
11. The Emergence of a New World—Columbus and the Mysteries of America
12. The Dawn of the Consciousness Soul