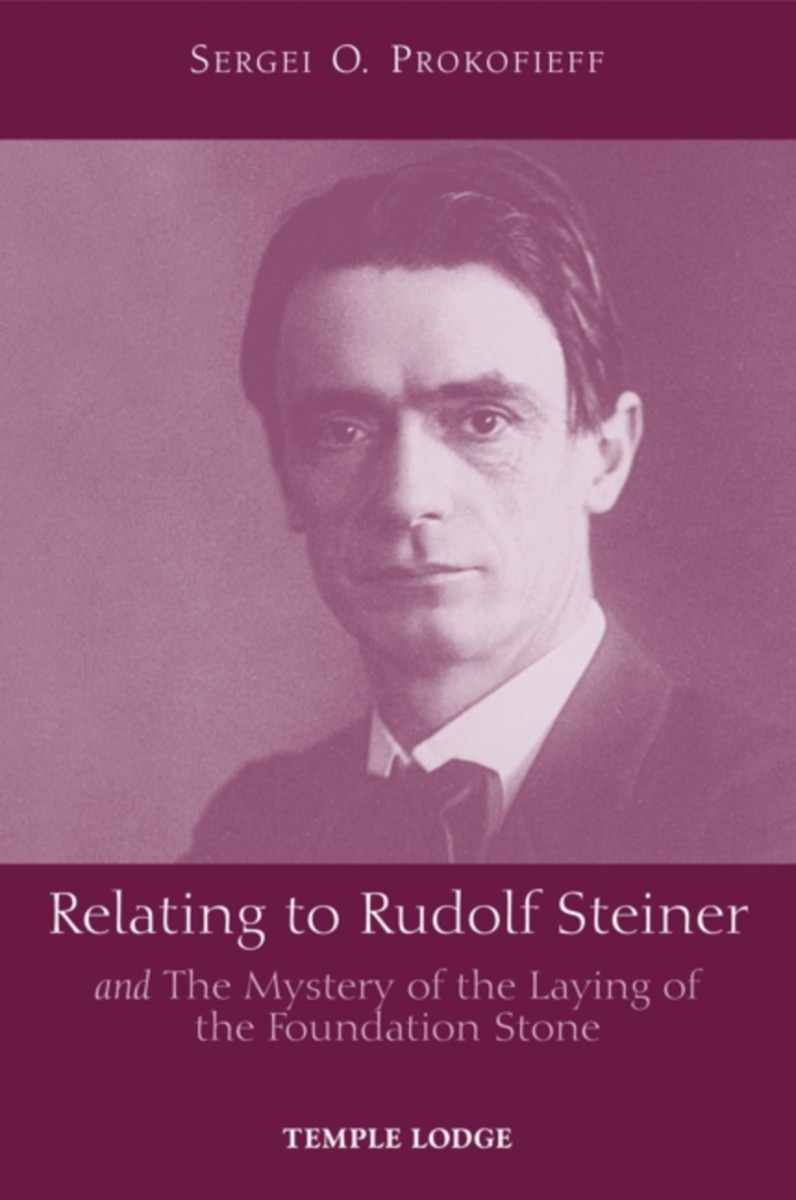 And the Mystery of the Laying of the Foundation Stone

“It is my personal conviction that the question of our relationship to Rudolf Steiner is fundamental to the life of Anthroposophy itself.” — Sergei O. Prokofieff

Even within the Anthroposophical Society and the anthroposophic movement, people's relationship to Rudolf Steiner is weakening and dissipating. This is problematic, says Prokofieff, as the future of both the Society and movement depends on a sufficient number of people aspiring to and realizing a true spiritual connection with the founder of Anthroposophy. Prokofieff deals in detail with this issue and asks, “Can one be an anthroposophist without being Rudolf Steiner’s pupil?”

In the second part of this book, Prokofieff elaborates on the mysteries surrounding the laying of the spiritual Foundation Stone at the Society's Christmas Meeting that began 1923. That event, he asserts, ensured that a personal relationship with Rudolf Steiner “would not remain within the realm of the generally abstract or intellectual, but would become a real inner deed.” Thus, Steiner gave each anthroposophist the possibility of connecting with him through free inner work on the Foundation Stone.

Both parts of this book are linked, in the sense that once a relationship with Steiner is established, an inner longing to work with the “new mysteries” will follow. In Prokofieff’s words, “The will to take the foundation of the new mysteries seriously leads to a real, inner connection with Rudolf Steiner.”

Relating to Rudolf Steiner includes an essay on the “problem” of digitally publishing Steiner's most important esoteric texts and the esoteric background of the internet and electronic media in general. In response to readers’ questions about how to counteract the harmful consequences of these developments, Prokofieff has expanded and developed his original essay on this subject.

PART I: RELATING TO RUDOLF STEINER

PART II: THE MYSTERY OF THE LAYING OF THE FOUNDATION STONE

1. Laying the foundation Stone in 1923 as a Mystery Event
2. The New Community
3. The Spirit of the Goetheanum
4. Working with the New Group Souls
5. The Christmas Foundation Meeting and the Mystery of the Resurrection

1. The Esoteric Background to Electronic Media
2. Rudolf Steiner on the Youth of the Future