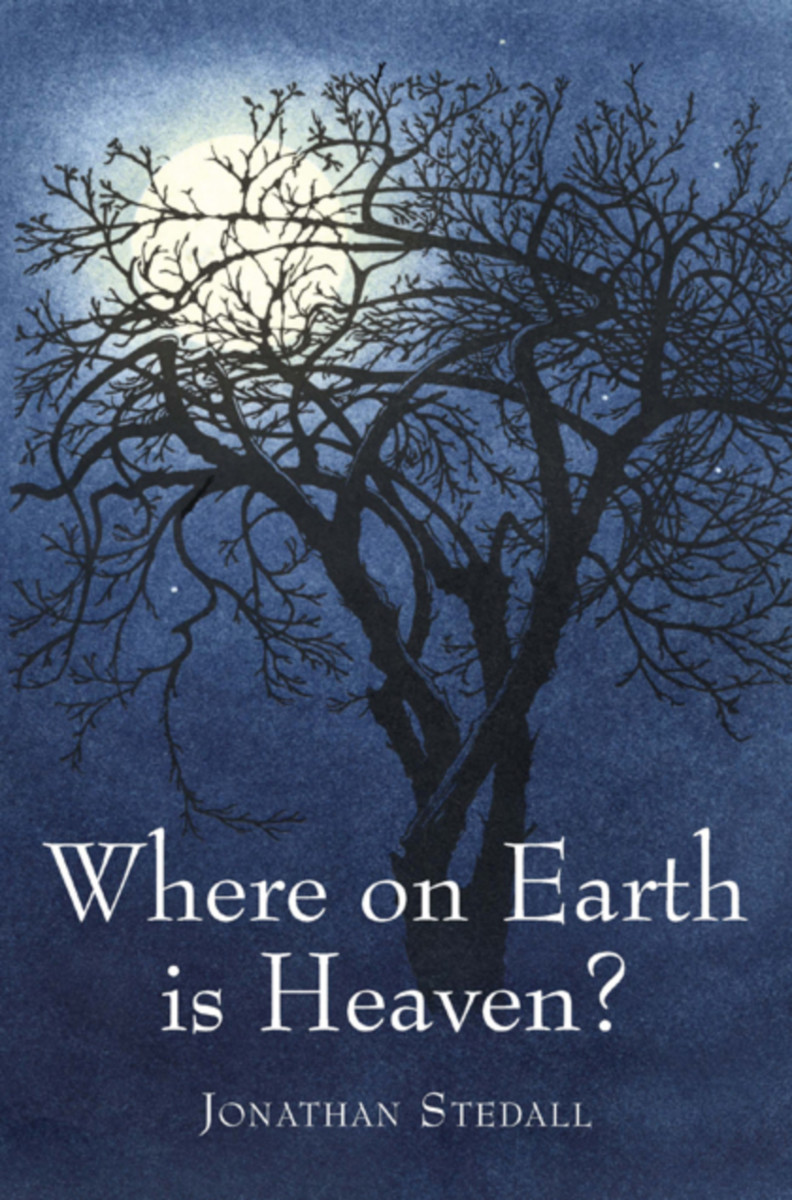 Where on Earth Is Heaven?

“Why should I live; why wish for anything or do anything? In short, has life any meaning that the inevitable death awaiting me does not destroy?” — Leo Tolstoy

“To read this book is like sitting by a fire on a long winter’s evening, listening with delight to a friend of many years who has thought deeply about life’s mysteries, and who is now looking back on his life’s journey to share, modestly and without pretension, its accumulated wisdom. This is a deeply humane book, by a deeply humane man. But it is also more than that.” — Richard Tarnas (the foreword)

Where on Earth Is Heaven? is a response to the author’s young son once asking exactly that. For Jonathan Stedall, what lies behind this question has motivated his long career as a distinguished documentary director. He has worked with some of the most original and thoughtful minds of our time. His films—on Tolstoy, Gandhi, Jung, as well as the cultural and spiritual initiatives inspired by Rudolf Steiner—have been milestones on his journey of exploration, as have insights of Pierre Teilhard de Chardin and Ralph Waldo Emerson.

Along the way, he has also pondered deeply on the notion of the human being as a microcosm of the macrocosm, the meaning of eternity as “the everlasting now,” the role of the holy fool, and the redemptive power of love. Above all, he has been increasingly absorbed not just by what is “seen,” but also by what is “unseen.”

The author’s quest—whether in the African bush, in the streets of San Francisco, among the hill temples of northern India, or in the lanes of Cornwall—has been enriched enormously by his encounters with so-called ordinary men and women who have struggled not only to cope with the trials and joys of life, but also to find meaning in life—meaning that transforms the dualism inherent in phrases such as “spirit and matter,” “life and death,” and “Heaven and Earth.”

“A deeply thoughtful book, the result of a lifetime of thinking, reading, and conversations with an amazing cast of people.” —Sir Mark Tully, BBC television series, The Lives of Jesus

“A real quest, with outward work perfectly integrated with an inner search.” —Karen Armstrong, author of The Battle for God

“A thoughtful book by a thoughtful man.” —Ben Okri, Nigerian poet and novelist

Jonathan Stedall has made documentary films for over fifty years, mainly at the BBC. There he worked with John Betjeman, Laurens van der Post, Cecil Collins, Malcolm Muggeridge, Alan Bennet, Ron Eyre, Bernard Lovell, Theodore Roszak, E.F. Schumacher, Mark Tully and Ben Okri. He has also directed major biographies on Tolstoy, Gandhi, C.G. Jung, and Rudolf Steiner. His film about a Camphill school in Scotland for children with special needs won a British Film Academy Award in 1968, and later work was nominated by BAFTA and the Broadcasting Press Guild.

Becoming
A Call to Love

Songs and Dreams
By Seeking We Are Found

Turning
Words Heard from Within

We Experienced Christ
Spiritual Encounters with Jesus Christ
OR