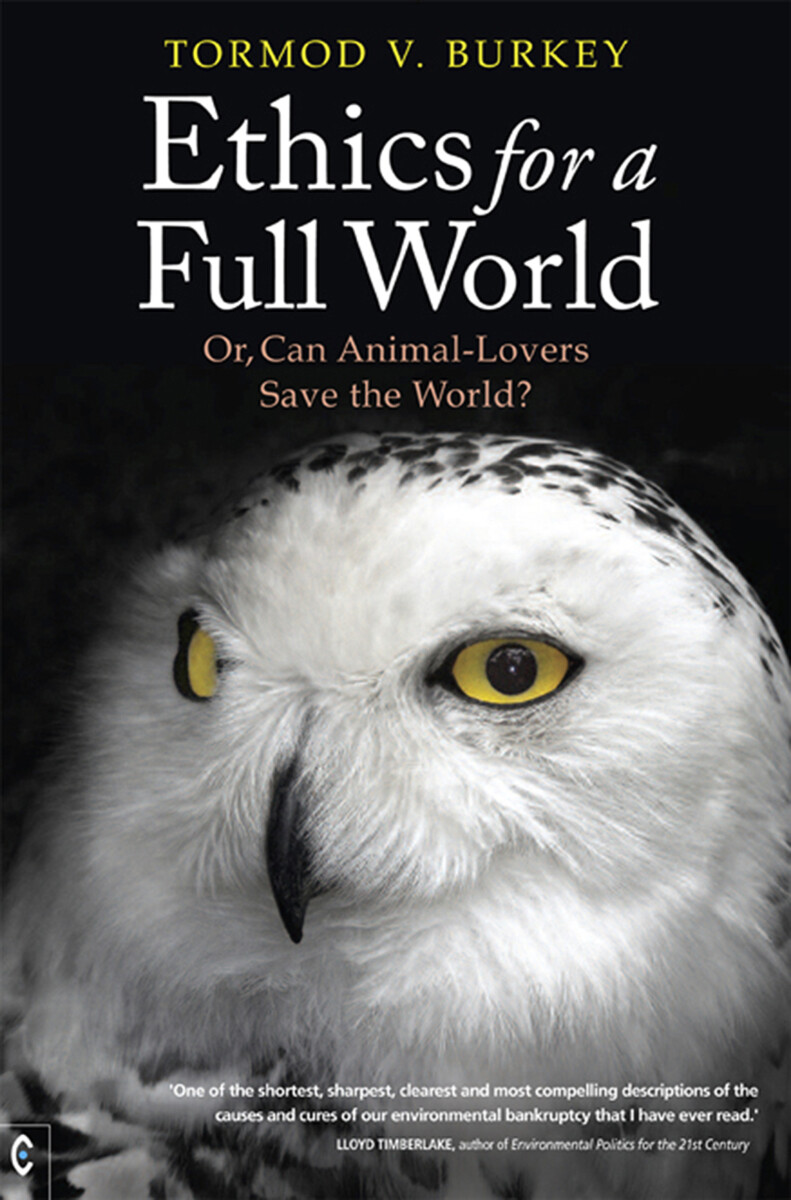 Ethics for a Full World

Or, Can Animal-Lovers Save the World?

The global emergencies facing the inhabitants of our planet—climate change, diminishing biodiversity, ocean acidification, overfishing, land degradation, and more—are symptoms of a common problem: the world is full. Humanity has already exceeded several planetary boundaries. The situation is without precedent and its manifestations are numerous. Ethics for a Full World argues that our dominant culture of anthropocentrism—our human-centric thinking—is an underlying cause of the world’s problems, threatening life as we know it.

Many today, especially those who care about other species, experience the blights that endanger our planet as deeply personal tragedies. Why are we not acting to save the world? Some say that humans won’t do anything until we feel the repercussions ourselves, but by then it will be too late. This book takes an uncompromising view of our culture, our democracy, and humankind, examining why it is so difficult to save the world from ourselves.

In a globalized world, the most urgent issues are those that exhibit tipping points, as they may soon be too late to fix. Burkey argues that non-anthropocentric ethics, and those who adhere to them, could be the key to turning the tide. In a cry for meaningful and effective engagement, the author proposes a concrete first step to connect concerned individuals. This is a book for people who want to be part of the solution and who are not fooled by the feeble attempts for change that have been made so far.

“One of the shortest, sharpest, clearest, and most compelling descriptions of the causes and cures of our environmental bankruptcy that I have ever read.” —Lloyd Timberlake, author of Environmental Politics for the 21st Century

“A cure for narrow-mindedness, this provocative book should be required reading for politicians—and those who vote for them.” —Brian Czech, President, Center for the Advancement of the Steady State Economy, author of Supply Shock: Economic Growth at the Crossroads

“A fine, concise book which should enlarge the discussion on what in my view is the most important need of humanity, an ‘Ethics for a Full World.’” —Paul Ehrlich, Bing Professor of Population Studies Emeritus and President of the Center for Conservation Biology, Stanford University

Ethics for a Full World
Why Are We Not Acting to Save the World?
We Need a New Ethic
On the Tragic

Afterword: Can We Save the World?

Tormod Vaaland Burkey, PhD, studied ecology and conservation biology at Princeton. He is a biodiversity specialist, conservation scientist and environmental activist, as well as a birder, diver, sea kayaker, and sailor. Tormod loves animals with a vengeance and longs to experience wildlife untrammeled by habitat degradation and predation. He has struggled since childhood with the difficulties of saving endangered species, the natural world, and the beautiful places on Earth from human ignorance and greed. He lives in a cabin in Norway on the banks of the Glomma River with Kitty, a cat, and writes for publications and media outlets.