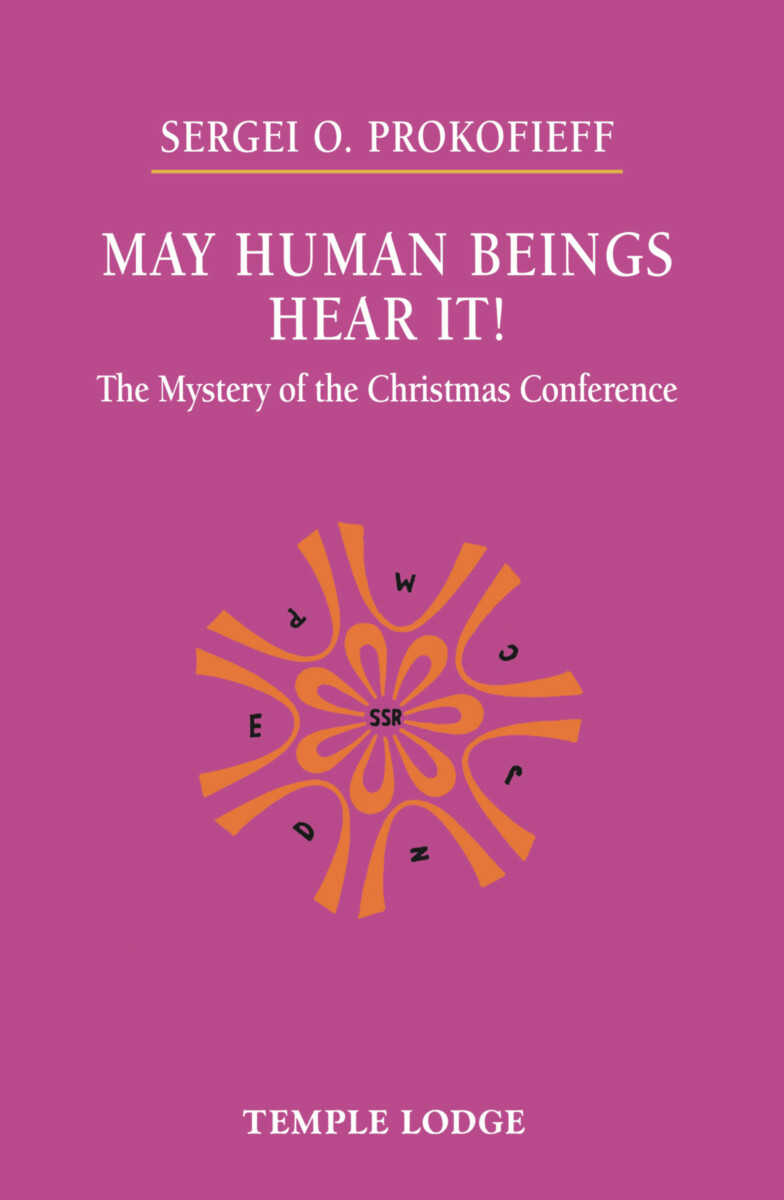 May Human Beings Hear It!

The Mystery of the Christmas Conference

“It depends on the human being whether one merely conceives of Anthroposophy or whether one experiences it.” — Rudolf Steiner

During the Christmas period of 1923–24, Rudolf Steiner reestablished the Anthroposophical Society at its headquarters in Dornach, Switzerland. This important event, which has come to be known as the “Christmas Conference,” can be studied on many levels, and its many mysteries have been central to Sergei O. Prokofieff's anthroposophic research over the years. His beginning point has been an enduring question: What did Rudolf Steiner mean when he called the Christmas Conference the “start of a World Turning point of Time”? In this far-reaching work, the author—working from several different viewpoints—guides the reader toward an answer.

Although this is major work of some length, the individual chapters of May Human Beings Hear It! are complete in themselves, and can therefore be studied independently of each other.

The Foundation Stone / The Life, Nature & Cultivation of Anthroposophy