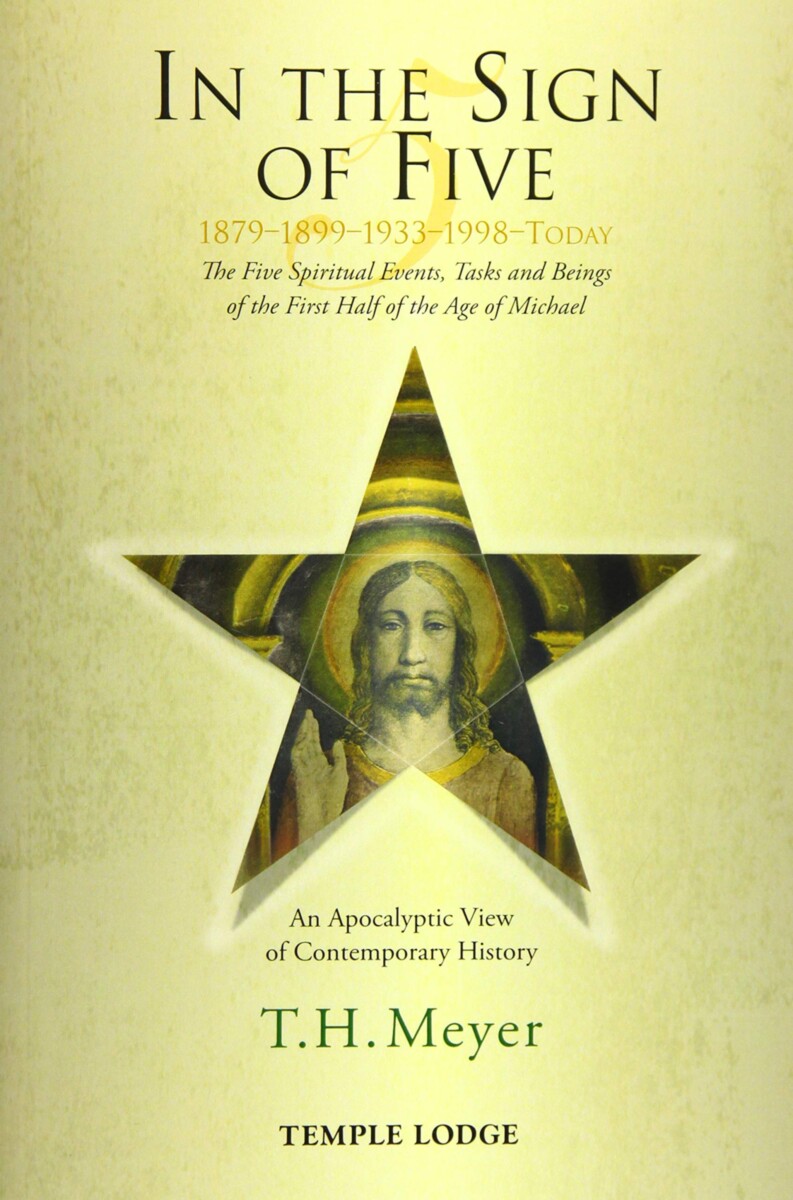 The Five Spiritual Events, Tasks and Beings of the First Half of the Age of Michael: An Apocalyptic View of Contemporary History

“Spiritual knowledge is not given to us as in ancient times. By spiritual means it must be struggled and striven for against a host of demons... We must therefore get to know the powers that would cover up and obscure all spiritual knowledge.” (from the preface)

At the outset of this rousing call for deeper spiritual-scientific knowledge of the world, Thomas Meyer tells us, “The world seems to be standing within a demonic storm that threatens to overwhelm it.” Appeals to traditional religious belief will no longer pacify the storm, nor will “goodwill” suffice. Building on Rudolf Steiner’s Anthroposophy, this folume tackles the central task of our time—the epistemological struggle with evil—and presents the five most important spiritual events since the beginning of the Age of Michael:

1879—the rise of Michael to the rank of Time Spirit;
1899—the end of Kali Yuga;
1933—the appearance of Christ in the Etheric;
1998—the assault of Sorath, ‘one of the greatest ahrimanic demons’;
Today—the incarnation of Ahriman.

These events are linked to the five main tasks for the Age of Michael, the great challenge of inner knowledge and spiritual consciousness posed by the time as a whole. In the light of world history, and within the context of “the sign of five,” we stand today at the fifth place—the incarnation of Ahriman.

Is humanity prepared for such a decisive event? Have we recognized the phenomena of evil that surround us every day? Have the tasks corresponding to the five events been identified? And to what extent have they been carried out? How is evil related to “the good” that guides the world—specifically the Christ impulse? Thomas Meyer provides a vital, pithy, and aphoristic handbook for our apocalyptic time.

1. The Fundamental Question of the Fifth Post-Atlantean Epoch
2. Larger and Smaller Cycles of Development in the Sign of Five
3. The First Five Events of the Current Age of Michael
4. The Five Spiritual Tasks
5. A Short Retrospective of the Five Events and Tasks
6. Michael, Christ, Sorath, and Their Occult Sigils
7. Which Being Was Active at the Beginning and End of Kali Yuga?
8. Looking Ahead to the Next Time-Spirit Periods within the Age of Pisces
9. The Development of Mankind in the Course of a Cosmic Year
10. Concluding Thoughts