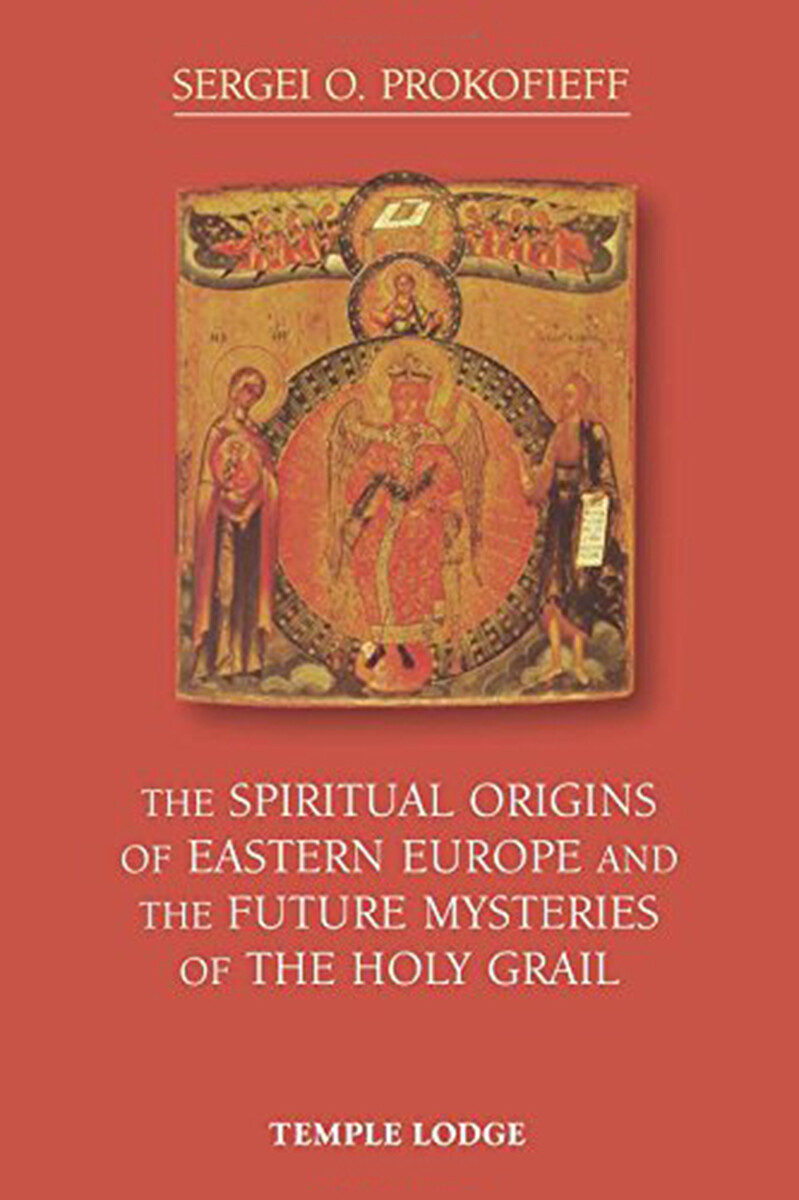 Although Eastern Europe has been part of the Christian world for more than a thousand years, its spiritual identity remains a mystery. This mystery, says Sergei Prokofieff, cannot be solved fully without looking behind outer events and seeking spiritual–metahistorical–dimensions of reality. By illuminating the illusion of apparent history, Prokofieff reveals the forces that work to hinder true human progress—the materialistic Brotherhoods of the West and the occult aspects of the Jesuits and Bolshevism. Such adversarial groups have created a “karma of materialism” that the Eastern Slavic peoples have taken upon themselves out of their “exalted willingness for sacrifice.”

Sergei Prokofieff shows how, from the earliest times, the future “conscience of humanity” flowed from hidden mystery centers in Hibernia into the Eastern Slavic peoples. Consequently, qualities of “compassion, patience, and willingness for sacrifice” developed in their souls, creating a truly Christian “Grail mood.” Despite incalculable suffering—from persecutions of the Mongol hordes to the Bolshevik experiment of the 20th century—this quality has become an unconquerable force.

Will humanity be able to use the present opportunity granted by this sacrifice to fulfill the primary purposes of the present cultural epoch? Can the future mysteries of the Holy Grail be fulfilled?

1. Formulating the Question
2. Scythianos and the Mystery of Golgotha
3. Scythianos and the Grail Stream
4. Scythianos and the “Christ People”
5. The Hibenian Mysteries as a Wellspring of Human Conscience
6. The Impulse of Conscience among the East-Slavic People
7. Exoteric and Esoteric Aspects of the Historical Christianizing of Russia
8. East-Slavic Mythology and its Occult Origin
9. The Legend of St. Andrew and Early East-Slavic Christianity
10. The Spiritual Sources of Church Architecture in Old Russia
11. The Old Russian Legend of the Invisible City of Kitezh
12. Historical and Occult Events around the Year 1250
13. The City of Kitezh and the Grail Castle
14. The Sophia Impulse and the Sixth Cultural Epoch

15. Regarding the Sources of the “Grail Mood” among the East-Slavic People
16. Toward a Symtomatology of Russian History

17. The Three Great Temptations in Russian History
18. Regarding the Occult Streams of the Present that Oppose the Spiritual Evolution of Mankind
19. The Future of the East-Slavic People and the Spiritual Tasks of Central Europe
20. The Spiritual Destiny of Eastern Europe in the Light of the Karma of Humanity
21. The Fairytale of “The Green Snake and the Beautiful Lily” by Goethe as an Expression of the Principle impulse of the Sixth Cultural Epoch