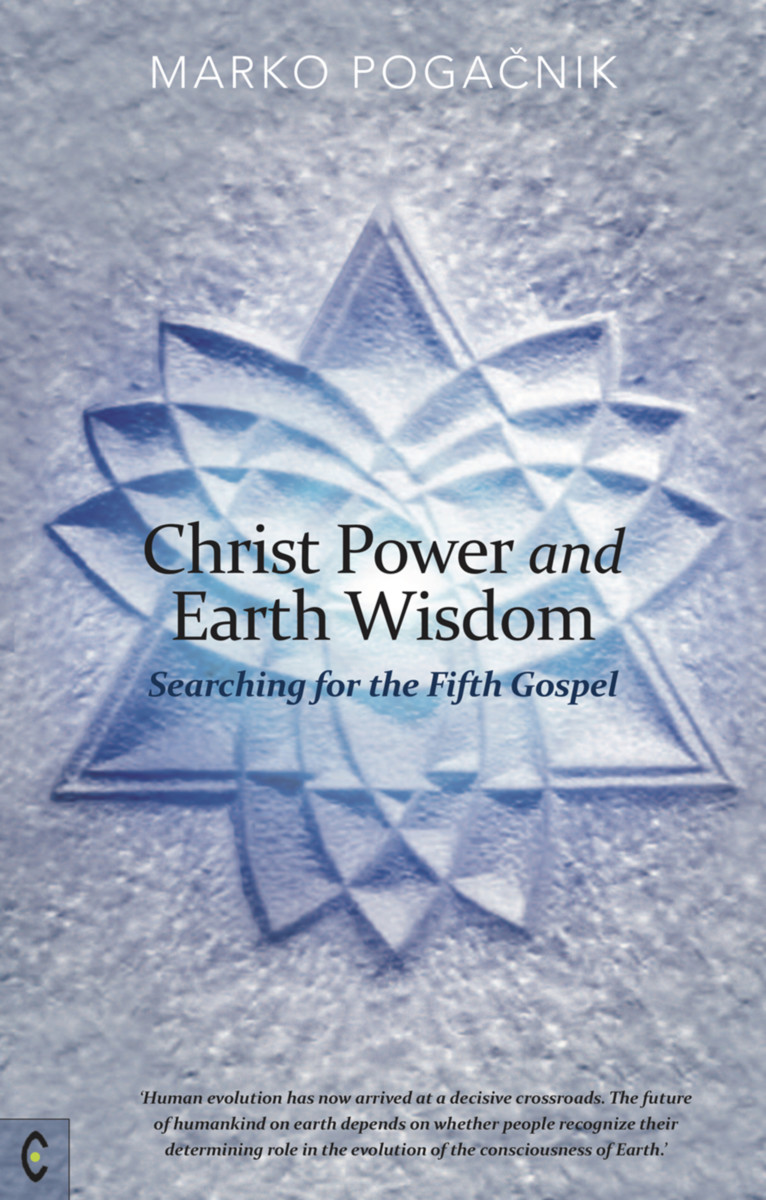 Searching for the Fifth Gospel

“Human evolution has now arrived at a decisive crossroads. The future of humankind on Earth depends on whether people recognize their determining role in the evolution of the consciousness of Earth.”
—Marko Pogačnik

Humanity today faces a unique task: to overcome the thousand-year-old division between heaven and earth, spirit and matter. This, says Marko Pogačnik, is our present-day challenge. But we have an important ally in this work in the being of Jesus, also known as Christ, whose teachings are intended to help us at this critical time of human development. Historically, however, Jesus’ words of wisdom were harnessed to the construction of an earthly religion, and much of their deeper meaning was lost in the process.

Christ Power and Earth Wisdom is the story of the author’s discovery of a “Fifth Gospel,” woven invisibly into the four canonical Gospels. It teaches humanity how to live positively in the third millennium. Bringing together knowledge of elemental beings, Earth science and Christ, the author has translated over one hundred of Jesus’ sayings into a language that the modern mind can understand. He identifies blockages in the Biblical gospels that have prevented the Spirit of Christ from manifesting in the past era. But the time is now ripe for understanding the multilayered reality of these teachings.

Based on methods of investigation and perception that Pogačnik has developed over many decades of work in healing the various dimensions of Earth’s landscape and nature, he deciphers the hidden, holistic messages in Christ’s teachings, dismantling the obstacles that have arisen through outdated interpretations. The text is complemented with Pogacnik’s energetically charged drawings, forming a feeling counterpart to the thought flow of the book. A new Postscript offers an important update relating to methods of gaining a broader, spiritual perception of reality in the present.

1. On the Quest of a Fifth Gospel
2. Testing the Etheric Layers of the Gospel Texts
3. The Invisible Archetypal Pattern of the Gospels
4. The Realization of the Kingdom of Heaven on Earth
5. Traces of the Feminine and the Voice of Nature in the Gospels
6. Conversations with the "Old Wise One"
7. An Essential Step Forward
8. Obstructive Patterns of Power
9. The Several Layers of Jesus' Teaching
10. Wh Jesus Was and Who Christ Is
11. The Christ Archetype across Cultures
12. Sacred Geomancy: Expression of Christ Power on Earth
13. Cinderella: A Folk Tale of Human Evolution
14. Humanity in the Mirror of the Present Earth Changes
15. Contemplating Some of the Sayings of Jesus

Bibliography
List of the Sayings of Jesus Quoted in the Book