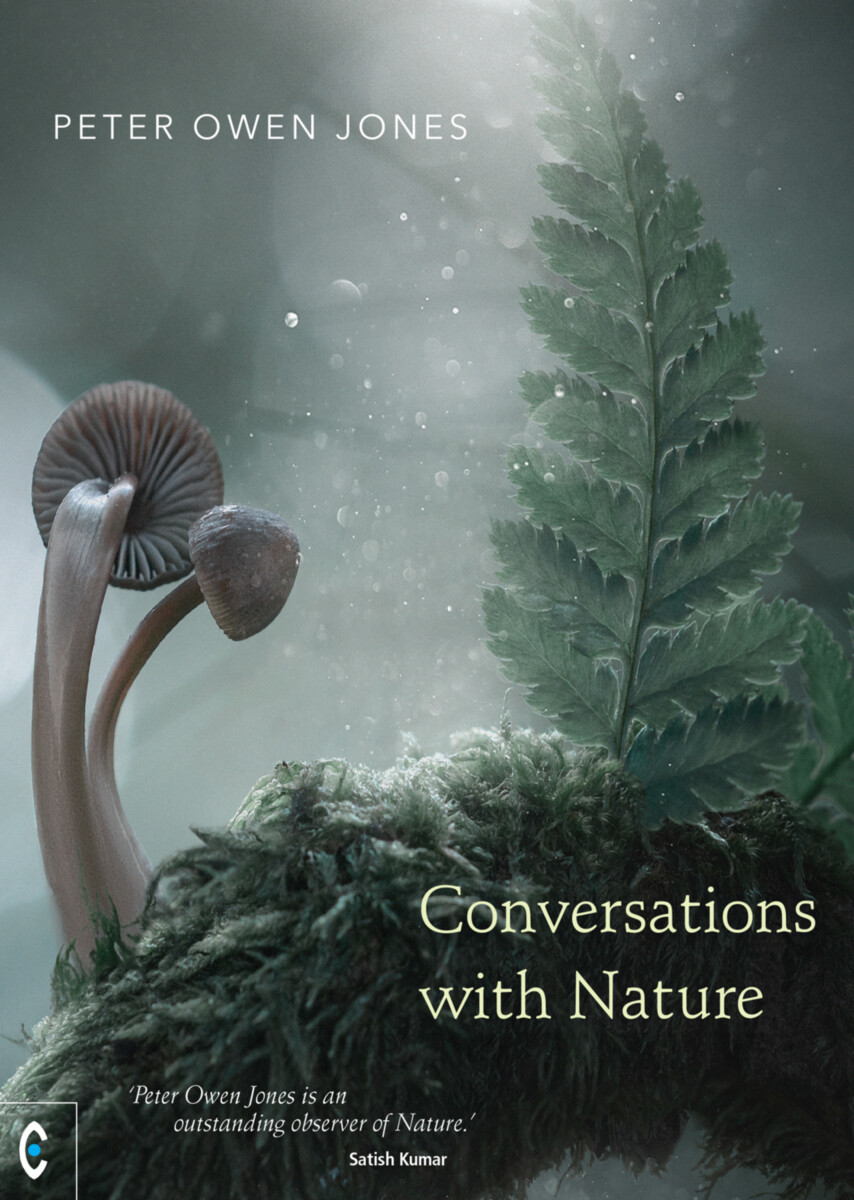 “Once, we were one form among many in the Garden. We learned to hear the voices of the mountains, the rivers, the sky, of silence. The mice spoke, the trees spoke, the stars spoke, the deer and the fox spoke, the snake spoke—and from these words we made being. These words formed great cities and their machines ever clamoring, and we let the silence slip and the words of the whispering world fall away beyond the mirror of our making.” (from the prologue)

These eighteen meditations, amplified by Jerry Shearing’s striking illustrations, offer luminous words enlivened with the weight of much listening. Through these “conversations,” Peter Owen Jones offers a pathway to reconnect with nature. Just a few sentences a day provides sustenance for the soul.

“I will carry this little book in my pocket.... I will read the words on London buses and in Dartmoor Woods. These across-species conversations are more than reverie, they are participation.” – Martin Shaw, author of Smoke Hole and Courting the Wild Twin

“This is a book of profound imagination. Read it and you will know that we humans need to be humble and learn from the greatest teacher, Nature.” – Satish Kumar, Editor Emeritus, Resurgence and Ecologist

Peter Owen Jones (born 1957) is an English Anglican priest, author, and award-winning television presenter. He spent his early years in the countryside before dropping out of school and working as a farm laborer in Austraila. He was ordained and became a parish priest in 1992. He has since written a handful of books, including Pathlands: 21 Tranquil Walks Among the Villages of Britain (Rider, 2015). In his BBC documentary How to Live a Simple Life (2009), Owen Jones tried to live a life without money, in the footsteps of Saint Francis of Assisi. That same year, he traveled the world in Around the World in 80 Faiths, visiting practitioners of various religions. His 2006 documentary, The Lost Gospels, discussed the Apocryphal Gospels omitted from the canon of the New Testament, considered how they might have altered Christian theology had they not been suppressed. He serves as a parish priest in Sussex, England.

Climate
Soul of the Earth

Connecting with Nature
Earth and Humanity – What Unites Us?

Lord of the Elements
Interweaving Christianity and Nature