Betsy Damon earned a BA at Skidmore College in 1963 and an MFA from Columbia University in 1966. She has become an internationally recognized artist whose public work and living systems, such as the Living Water Garden, have received widespread acclaim. She directs Keepers of the Waters, a nonprofit focused on ecological planning, advocacy, and education. Damon was a semi-finalist for the Buckminster Fuller Award and a finalist for the Stockholm Water Prize. She has lectured widely in the U.S., Europe and China and has been a visiting artist at countless colleges and universities. Beginning in 1975, Damon’s works have been featured in numerous exhibitions, including “A Memory of Clean Water” (1986–1991); “Feminist, and...” (2012); “Keepers of the Waters: Chengdu & Lhasa” (2018); and “Art & Ecology” (2021). She also founded and directed No Limits for Women Artists (1980–2000). Visit BetsyDamon.com. 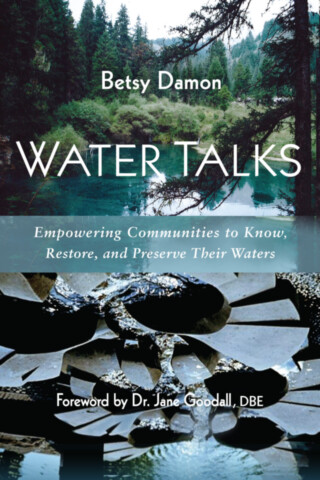 Empowering Communities to Know, Restore, and Preserve their Waters