Steve Bass was born in 1947 in Brooklyn, New York. He graduated from Brooklyn Technical High School in 1965 and holds a Bachelor of Architecture degree from Pratt Institute, 1970. He received a Master of Arts from the Royal College of Art, London, 1991, where he studied under the direction of Dr. Keith Crichlow and participated in the initial Prince of Wales’ Summer Course in Architecture in 1990. In 1974 he began his architectural practice, which has consisted of a variety of modestly scaled commercial and residential projects, mostly in the New York City area. Since 1992, Steve Bass has taught a variety of classical subjects, focusing on theoretical and practical aspects of proportion at the Institute of Classical Architecture and Art in New York City. From 2006 to 2008, he was Visiting Professor of Architecture at Notre Dame University. Mr. Bass is currently a Fellow of the ICAA, where he continues to teach. He has written for the ICAA journal, The Classicist; for Traditional Building magazine; and for American Arts Quarterly. 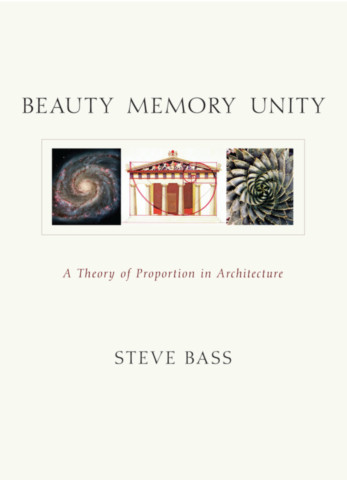 A Theory of Proportion in Architecture