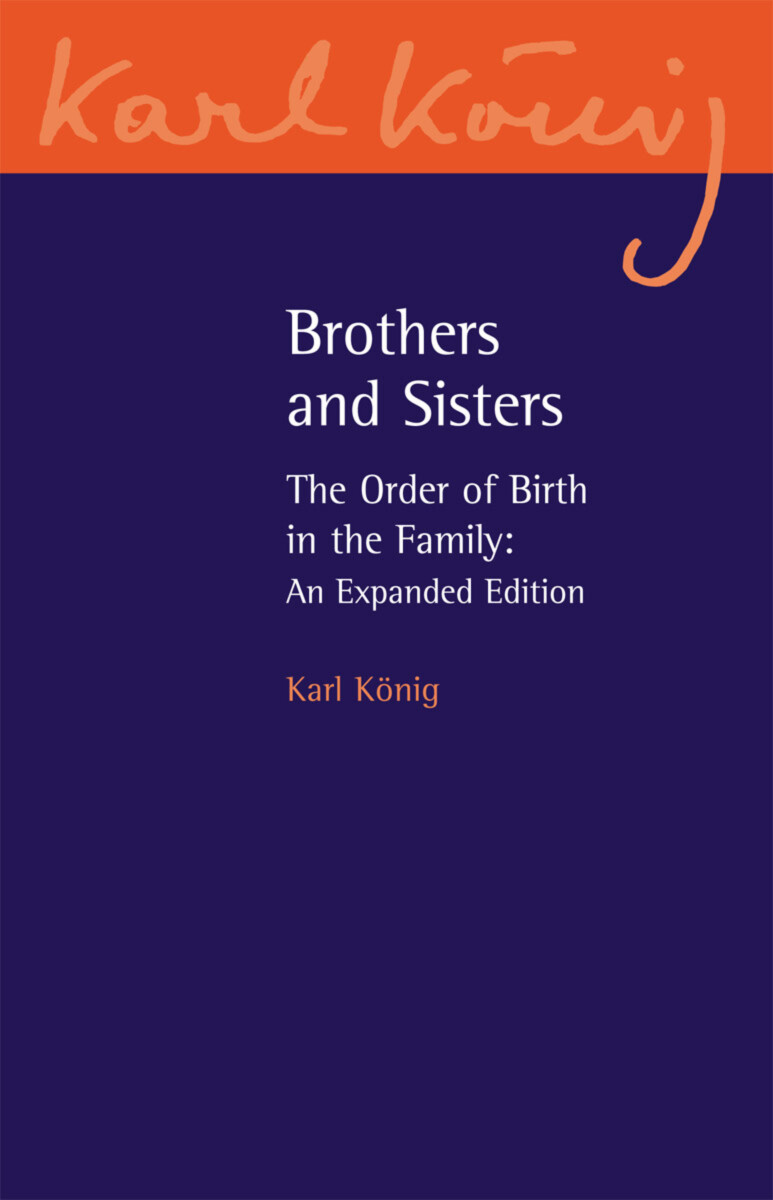 The Order of Birth in the Family

“There can be no doubt that special traits of character and mental make-up are found in children and adults who belong to the different ranks in the order of birth.”

In this classic work, Karl König attempts to explain the various characteristics of those born first, second, and third, without losing sight of the tremendous individuality of the human being.

Just as our environment shapes our language, social behavior and mannerisms, so, too, our place in the family also determines how we encounter life.

This book is a fascinating handbook for parents, teachers, and caretakers. Over the years it has become a definitive reference on the subject of child development.

This newest edition in the Karl König Archive series includes a new introduction by series editor Richard Steel; an extended introduction by Karl König; two new essays (”The Two Sisters” and “Brother and Sister”); lecture notes and transcriptions by Karl König, and an essay by A. Limbrunner on the significance for today of König's work on family order.

“Readers will approach this book from their respective family positions, which in my case is the first of four. It was striking to see the first-born characterized as a defender of faith, tradition and the family against new ideas and action. Surely the balance is critical here.”
—David Lorimer, Scientific & Medical Network

“For me the most telling aspect was how much König's descriptions of the first, second, third child and so on fitted so closely with characteristics we'd noticed in our children.”
—Education Otherwise

“A profound and insightful book.”
—Perspectives

An Evergreen Piece of Pioneering Work, by Alfons Limbrunner

About this Edition, by Richard Steel

Notes for Lectures
From König’s Letters
Introductions to Other Editions